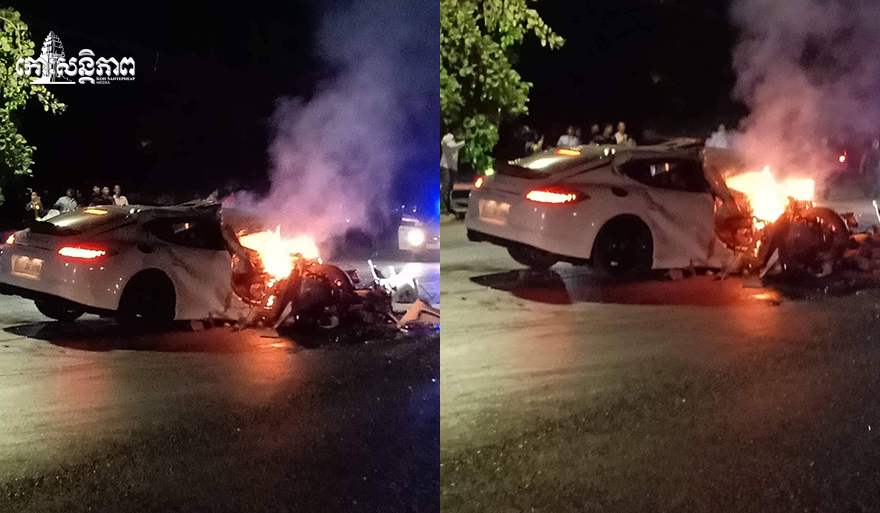 Poipet, Cambodia Breaking News: Two brothers were arrested after an incident in Kbal Spean 2, Poipet, when a Porsche caught fire after being attacked at around 11:30 on the night of 20 October 2019. There are reports of two victims, one who may be dead.
The suspects are still being questioned. More details later today. 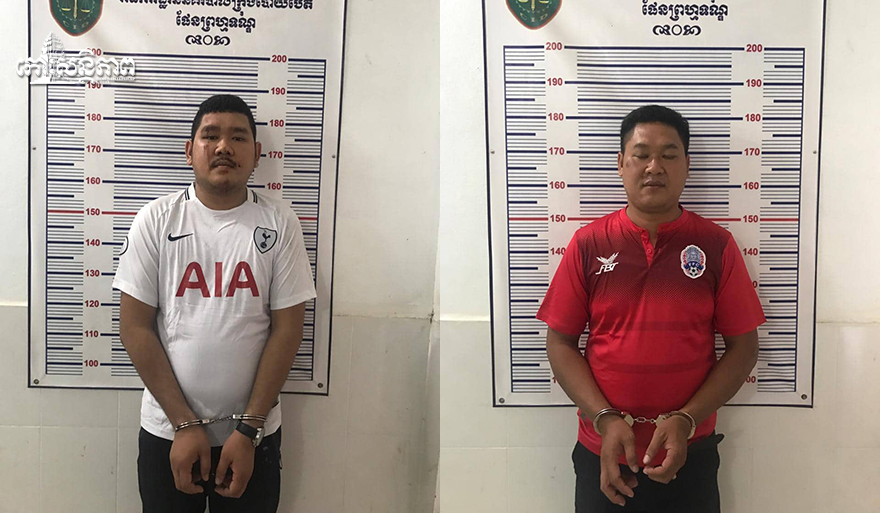 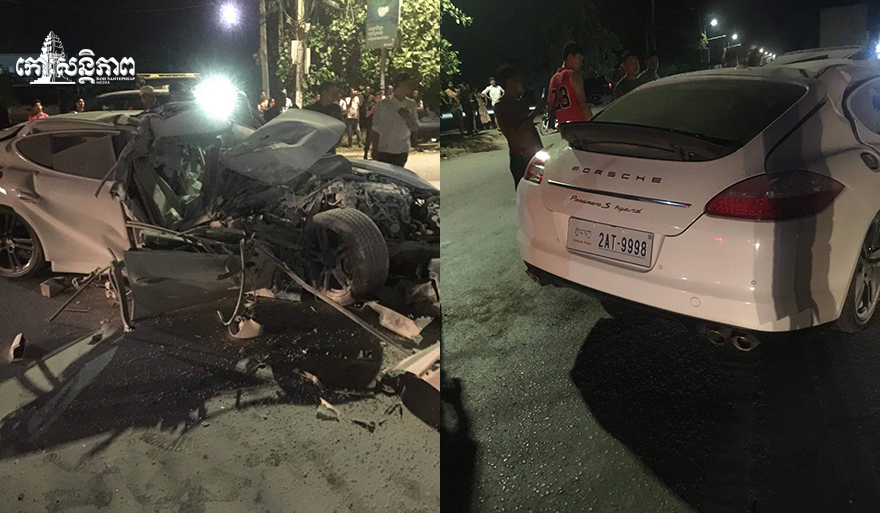 Kohsantepheap
Cambodia Expats Online: Bringing you breaking news from Cambodia before you read it anywhere else!

Attacked by a road divider?
Top

OK General Mac,,, Update this forum so I can give Mr road divider a karma point. [ again ]
Cambodia,,,, Don't fall in love with her.
Like the spoilt child she is, she will not be happy till she destroys herself from within and breaks your heart.
Top

UPDATE: More details from another source, but the exact sequence of events is still not crystal clear. However, it seems there was a bit of macho road bragging going on between guys in two cars, and it finished in tragedy.

The suspects were identified as Kea Chamroeun, 30-year-old, and his brother, Kea Chamnap, 28-year-old. The victims are Chem Bunthoeun, a 29-year-old man, and an unidentified man who died.

Before the incident, the victim drove his car faster than that of the two suspects. After that, the two cars attacked each other, causing one of the victims to die at the scene.
The police detained one of the suspects, who was the younger brother, for questioning. The other brother drove their car away from the scene, and smashed into a truck causing an explosion. He was arrested while trying to escape.

Both suspects were detained at the police station for questioning and case preparation. 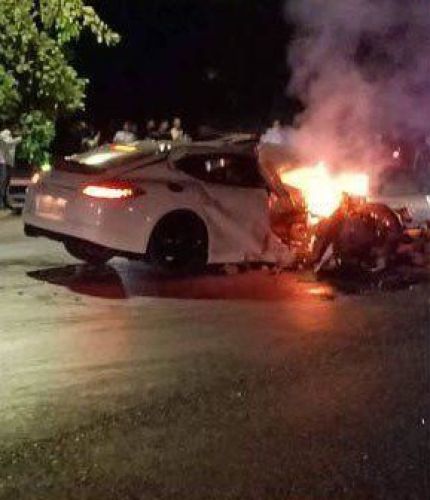 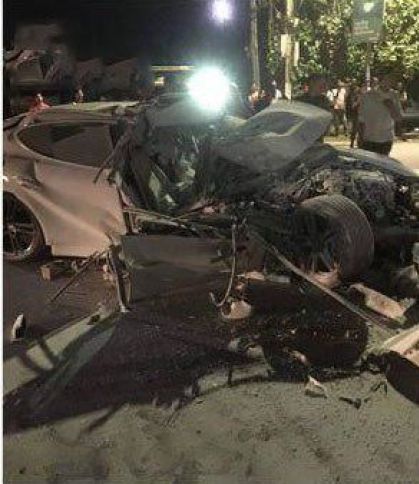 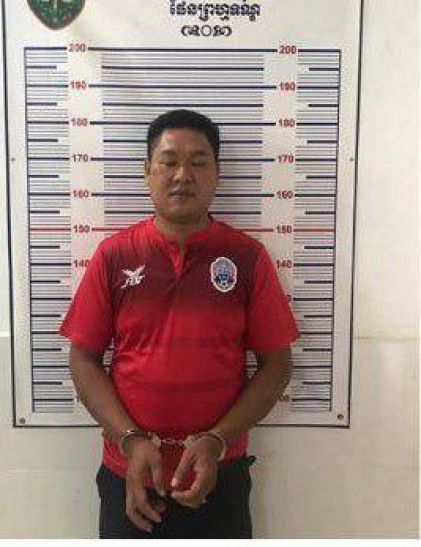 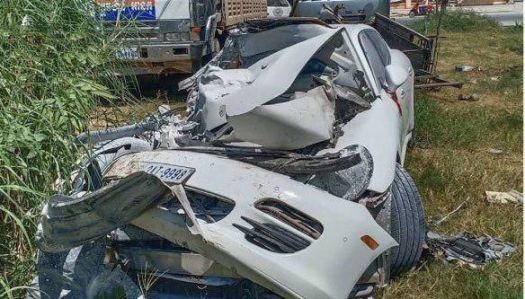 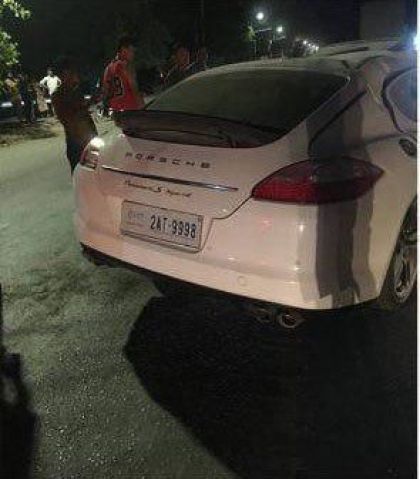 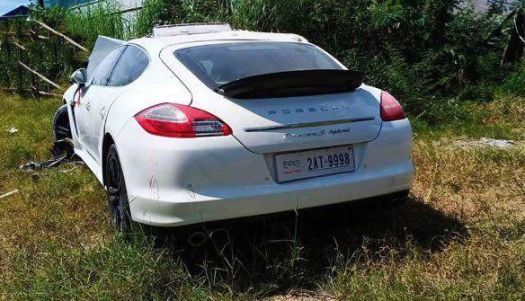 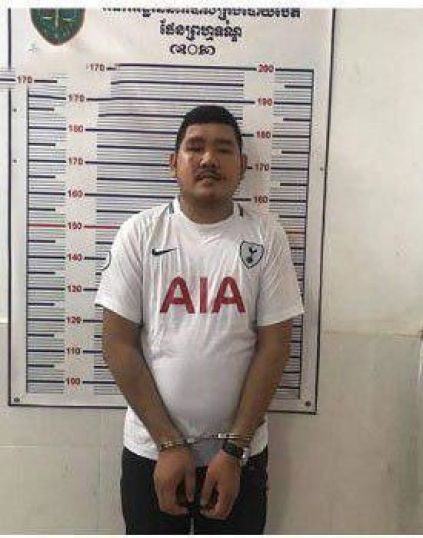