Breaking news from Cambodia can be found here. CEO often finds Khmer news and translates it into English for our readers if it is interesting to expats, locals, Cambodians living abroad and anyone who wants to stay informed of the latest local and international news stories about Cambodia and our neighbors in South East Asia. There are many sources for Khmer news articles and they can all be found here in one place. Most of the media comes out of Phnom Penh, Siem Reap or Sihanoukville, but we cover national Cambodian news from all provinces.
Post Reply Previous topicNext topic
54 posts

maybe the PM should visit angkor wat sometime, or even look at some early photos of the locals. topless women certainly were considered normal traditionally. maybe hes rewriting history to keep his wife happy or something
Top

The discussion continues as the government explains their position on sexy online sellers. (And also their opinion on how Cambodian women should dress on TV and in movies - sedately.)

March 3, 2020
PM slams social media users for criticising ban on ‘sexy clothes’
Prime Minister HE has responded to critics who said his ban on using sex appeal online violated the rights of women.

“Critics said for the degradation of Khmer culture, but when I appeal to them not to wear sexy clothes online, they accuse me of breaking human rights,” Mr HE said yesterday. “The government is not banning online businesses, we are suggesting not to wear short skirts and be partially topless.”

He added that actresses on TV shows and movies should not wear revealing clothes.

Mr HE on February 17 said some online promoters wear revealing clothes to advertise products on social media sites and ordered the Interior Ministry to take action.

He said legal action can be taken against any woman on social media displaying videos or images of themselves in revealing clothes because doing so negatively affects the honour of Cambodian women.

On February 19, an online vendor was arrested after she allegedly wore revealing clothes to promote her products on social media.

One user said women should have the right to dress however they want and choice of clothing should not affect the morality of Khmer women.

“One of our shows has millions of people watching so we have to pay attention to the clothes of MCs and presenters,” Mr Phearun said. “If we see someone wearing sexy clothes, we will prevent images from being shown on TV.”

Chou Bun Eng, vice-chair woman of the National Committee for Anti-Human Trafficking, said Mr HE made the right move.

Ms Bun Eng said women who display photos of themselves in scantly-clad tempt men to cheat on their wives and invite online sexual harassment.

“We support the government’s action to promote the value of women and national identity,” she said.

Chin Malin, spokesman for the Justice Ministry, yesterday said the ban does not violate the rights of citizens, noting wearing revealing clothes can be deemed as “exposing pornography” under the law.

“It is to preserve traditional culture, the nation and public order,” Mr Malin said.
https://www.khmertimeskh.com/50697418/p ... xy-clothes
Cambodia Expats Online: Bringing you breaking news from Cambodia before you read it anywhere else!

it's totally about control
.

maybe the PM should visit angkor wat sometime, or even look at some early photos of the locals. topless women certainly were considered normal traditionally. maybe hes rewriting history to keep his wife happy or something

I agree. his wife or wife's friends are bitching and scoffing about the younger, less repressed, versions of themselves and do not have better things to worry about.
Still hunting for opium paraphernalia.
Top

If we see someone wearing sexy clothes, we will prevent images from being shown on TV.

How exactly do we define "sexy clothes"? The traditional dancers here look cute but an old granny wearing similar formal clothing wouldn't really cut it. If I remember correctly the clothes worn at weddings can be quite revealing compared to everyday wear?


There is a direct correlation between clothes worn in war time/ depression and during long periods of peace/ prosperity. Although materials were scant during WWII women's hemlines went right down compared to the relatively free-feeling "roaring twenties". In Cambodia we saw the androgynous black pajamas/ krama/ tyre sandals and Red Army hats "uniform" in the Pol Pot era. The "new people"didn't always get these supplied and had to dye their existing clothes to a suitable shade using indigenous berries. There were only two hair cuts, and women had to go for "bob".


If we look at documentaries from the post -1979 period, women went back to a more traditional dress. Long skirts/ sampots and blouses. Then in the 90s there was an explosion in prostitution, due to UNTAC and later tourist dollars. Women in the sex industry are marginalized and tend not to care about local mores, although they may only dress in "sexy clothes" while at work and have other clothes to change into to avoid the shame of going home and being gossiped about.


So anyway, my theory is that these maligned women were the first to break from the trad mould. They influenced a lot of young women. It isn't the 90s anymore when most people locked their gates tight at sunset and the only women out after that were hookers.
Young office workers, professionals and university students often wear shorts, short skirts, smart airline style suits etc. I think this is great, they look fantastic. Unless they are in a car though they tend to put on long Velcro-attached skirts and big jackets if they are going home. That highfalutin city stuff doesn't wash it in the communes/ villages.

A beautiful woman in no dress still gets my attention.
Cambodia,,,, Don't fall in love with her.
Like the spoilt child she is, she will not be happy till she destroys herself from within and breaks your heart.
Top

Ms Bun Eng said women who display photos of themselves in scantly-clad tempt men to cheat on their wives and invite online sexual harassment.

“We support the government’s action to promote the value of women...

By demanding they do what they are told
Top 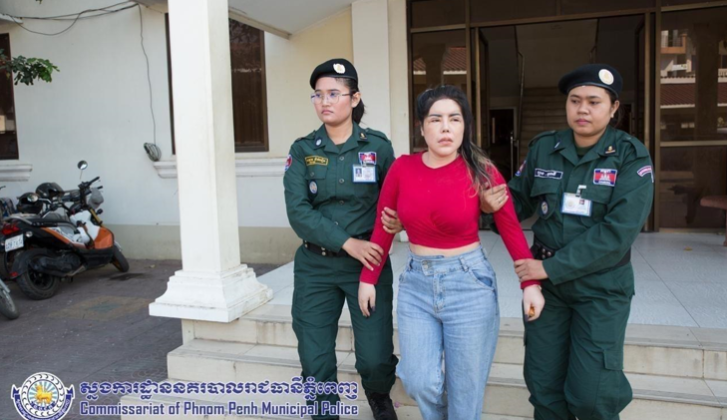 Cambodia News, Phnom Penh: On the morning of April 24, 2020, the Phnom Penh Municipal Court judge Keth Socheat sentenced the sexy lingerie online seller, Thai Srey Neang, to 6 months imprisonment, but she will only serve 2 months and 15 days. Thai Srey Neang has been in custody since she was apprehended on 19 February 2020.* 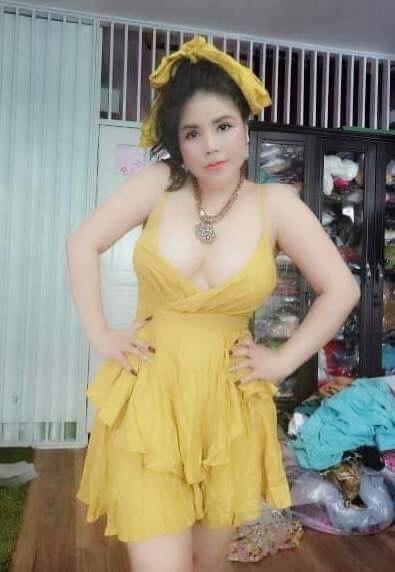 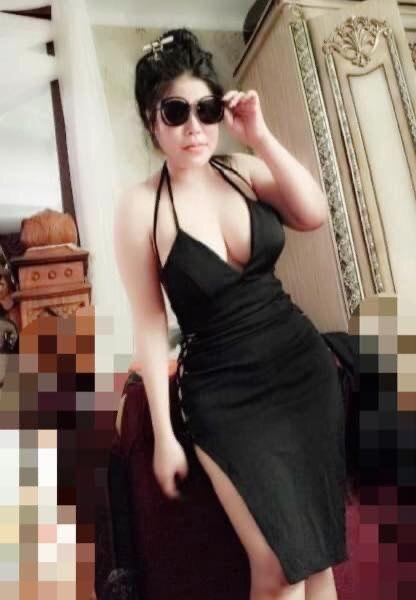 The prosecutor's decision is in accordance with Article 38 and Article 249 of the Penal Code.

*newsworthy/orders-immediate-action-agai ... ne#p399325
Cambodia Expats Online: Bringing you breaking news from Cambodia before you read it anywhere else!