Missing Chinese billionaire, Yang Zhihui, has reportedly turned up in Cambodia, where he has been detained, according to Chinese news sources.

Landing has been unable to reach Yang since Aug. 23, it said in a Hong Kong stock exchange filing Thursday. Caixin reported on Friday that Yang is a target of investigators looking into ties with China Huarong Asset Management Co., a state-owned bad-debt manager whose former chairman, Lai Xiaomin, is under investigation for alleged corruption.
https://www.bloomberg.com/news/articles ... es-missing

Landing International Casino Chairman Yang Zhihui — who was earlier reported missing from the firm — has been detained in Cambodia, according to a Beijing news source that confirmed the story with multiple sources.

Caixin reported Thursday that Yang Zhihui, chairman and executive director of Hong Kong-based Landing International Development Limited, “was detained at an airport after he arrived in Cambodia Thursday for a visit to a local casino.”

Firm representatives said that they were unable to contact Yang at the Hong Kong Stock Exchange earlier in the day.
https://www.casino.org/news/landing-cha ... ng-missing

Chair of firm in deal with Nayong Pilipino reportedly detained in Cambodia
24 August 2018
Mainland news site Caixin reported Friday that Yang was being investigated by Chinese authorities probing his ties with the head of state-controlled Huarong Asset Management and had been detained in Cambodia.
China's anti-corruption agency announced in April that Huarong chairman, Lai Xiaomin, was under investigation for suspected graft.
https://www.philstar.com/business/2018/ ... d-cambodia
Cambodia Expats Online: Bringing you breaking news from Cambodia before you read it anywhere else!

As reported by Inside Asian Gaming late Friday, it was subsequently revealed that Yang had been detained by authorities in Cambodia in relation to previous business dealings with China’s state-owned Huarong International Financial Holdings Ltd, whose former head is being investigated in a graft probe.

Meanwhile, IAG was told on Friday that Yang had been taken back to China following his detention.
http://www.asgam.com/news/item/5196-mar ... slide.html
Cambodia Expats Online: Bringing you breaking news from Cambodia before you read it anywhere else!

On Monday, Landing issued a statement to the Hong Kong Stock Exchange saying Yang “has resumed his duties as the chairman of the board and the executive director on 26 November 2018.” Investors cheered Yang’s return, pushing the stock price up nearly 9% on Monday.

Yang was reported missing in August after allegedly being detained at Cambodia’s international airport, and the company’s inability to explain his whereabouts led to a sharp sell-off in Landing’s stock. The company now claims that Yang “explained that he has been assisting the relevant department of the People’s Republic of China with its investigation during the period of his absence.” 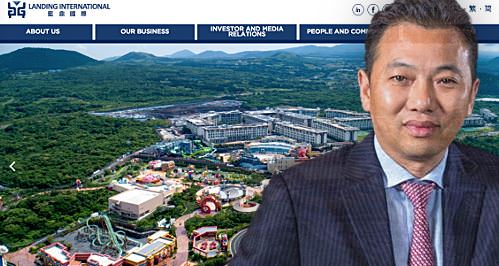 Jeju Shinhwa’s September plunge was reportedly due to its Chinese VIP customers cashing out all their chip holdings, suggesting that these high-rollers feared Yang could provide detailed information on his casino customers’ history of moving money out of China.
https://calvinayre.com/2018/11/26/casin ... i-returns/
Cambodia Expats Online: Bringing you breaking news from Cambodia before you read it anywhere else!