A step in the right direction. Heavily fining or closing down factories that continue to operate with dangerous machines would be another.

Labour Minister Ith Samheng has asked his officials to pay close attention to boiler safety at garment factories in the wake of a string of deadly explosions.
Speaking yesterday at the launch of Fundamental Training on Boiler Safety, Mr Samheng said the three-day training course is aimed at preventing future accidents.
“This training is to educate our country to solve the issue of boiler explosions in factories,” he said. “We need to stop the accidents from happening again.”
http://www.khmertimeskh.com/5095398/min ... ng-course/
Top

Another boiler explosion in a Phnom Penh factory occurred on 14 January. Three injured. Time for some more safety training and rigorous boiler inspections. 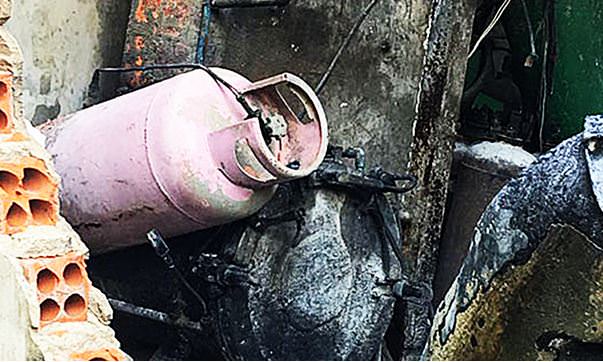 He added that the company was using the boiler for work cutting and welding pieces of metal. “Three people suffered minor injuries, including one woman,” he said. “They are now being treated at the hospital.”

He noted that his police officers were still working to identify all the victims.

“The reason for the explosion was because they were careless with their work,” he said.

According to local news, one of the three people injured was a Chinese national named Lay Chong, 70, the owner of the workshop.

In December, Labour Minister Ith Samheng asked officials to pay close attention to boiler safety at garment factories after a string of deadly explosions...
http://www.khmertimeskh.com/50102040/th ... explosion/
Cambodia Expats Online: Bringing you breaking news from Cambodia before you read it anywhere else!