Breaking news from Cambodia can be found here. CEO often finds Khmer news and translates it into English for our readers if it is interesting to expats, locals, Cambodians living abroad and anyone who wants to stay informed of the latest local and international news stories about Cambodia and our neighbors in South East Asia. There are many sources for Khmer news articles and they can all be found here in one place. Most of the media comes out of Phnom Penh, Siem Reap or Sihanoukville, but we cover national Cambodian news from all provinces.
Post Reply Previous topicNext topic
89 posts

What that Roman sage was getting at is quite true in my book also.
eg, If we absolutely prioritised the well-being of the birds of the Tonle Sap, the Mekong and the coastal estuaries - Cambodia's society, health, livelihoods, environment, economy, everything, would all be far better off too.
For sure.
Top

For those who want more information on MRC (Mekong River Commission) plans: 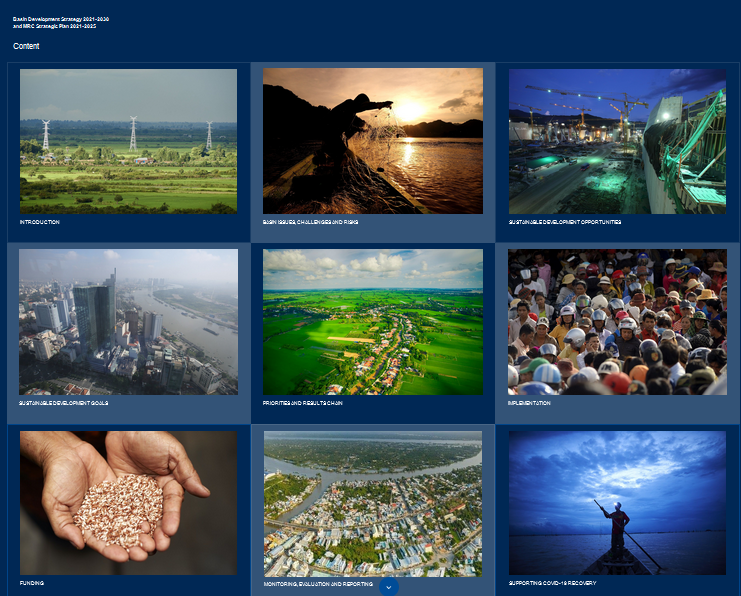 http://interactive.mrcmekong.org/basin- ... n/content/
Cambodia Expats Online: Bringing you breaking news from Cambodia before you read it anywhere else!

Damming of the Mekong: Thai Villagers Lament a River in Crisis
By Vijitra Duangdee
April 17, 2021 01:25 AM

NONG KHAI, THAILAND - Large numbers of people here in the dry northeast region of Thailand bordering Laos and Cambodia, a region known as Isaan, are facing the consequences of changes in the natural rhythms of the Mekong River wrought by the construction in recent years of dams upstream in China and Laos.

The dams have brought drought in the monsoon season and high waters when it should be dry, changing the lives of the many in the northeast of the country who depend on the river for food and work.

Moreover, the hydropower plans for the Mekong have only begun, as China leads the dam charge with an eye on both the economic rewards and geopolitical advantage of controlling the key waterway.

That has left one of the world’s great rivers, flowing for 5,000 kilometers from China through Myanmar, Laos, Thailand, Cambodia and Vietnam in retreat and decimating local fishing catches.

Local fisher Sudta Insamran lamented the loss of "the same Mekong River that we knew,” as he tried to net silver-scaled Thai carp, a small species of Thai carp, here in Nong Khai, across the Mekong from the Lao capital of Vientiane. Fishers traditionally sold their catch locally or traded it for rice. There are about 3,000 such fishers from Nong Khai province’s six districts.

Just a few years ago fishing in Nong Khai used to earn him around $250 a month, Sudta said, but now the catch has collapsed, forcing many to work inland as rubber tappers on other people’s farms.

The costs of the ecological shock are being heaped onto the poorest people in the Mekong region and many villagers now eat farmed fish bought at markets rather than their own catch.

Up to 60 million people rely in some way on the river as their main source of protein or income across the Mekong region in China, Myanmar, Laos, Thailand, Cambodia and Vietnam.
https://www.voanews.com/east-asia-pacif ... ver-crisis
Cambodia Expats Online: Bringing you breaking news from Cambodia before you read it anywhere else!

Each year when the monsoon season in Cambodia nears its end in October or November, stretches of the mighty Mekong River teem with colorful dragon boats slicing the water’s surface. The riverbanks are packed with onlookers who’ve traveled from all over the country to Phnom Penh to watch the spectacle of boat racing and join in the revelry that marks the Bon Om Touk water festival—the most important holiday in this Southeast Asian country. For three consecutive days, the nation of 16 million celebrates the seasonal ebb of the Mekong and the abundant fish run that ensues. 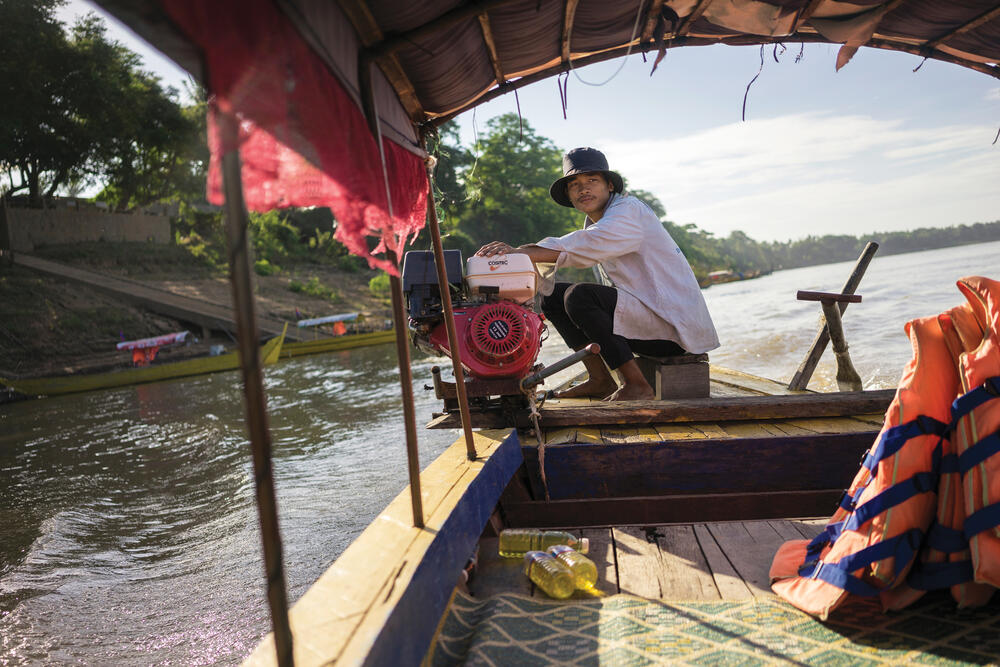 Photographed in 2014, You Veasna, a boat driver, brings tourists to see Irrawaddy dolphins in Kampi’s protected area in Cambodia.

At around 3,000 miles, the Mekong is among the longest rivers in Asia. The lower Mekong mainstem is also one of the last long stretches of tropical river in the world that is largely unaffected by human-made obstructions such as dams and levees that alter a river’s flow, hem it in, or block fish migrations.

Starting on the Tibetan Plateau, the upper Mekong flows through the rugged, sparsely populated terrain of China’s mountains and deep canyons, where it is known as the Lancang River. In the lower Mekong basin of Myanmar, Laos, Thailand, Cambodia, and Viet Nam, the river meanders through a gentler, more populous landscape before emptying into the South China Sea.

For the tens of millions of people in the Greater Mekong region, the river is not only at the center of cultural practices and food security but also important for mitigating the impacts of climate change. It’s used for transport and as a source of drinking water, provides irrigation for agriculture, and generates income. Home to 1,200 species, it is also the second-most biodiverse river in the world, after the Amazon.

Perhaps nowhere is its life-sustaining power more apparent than in the nearly 120-mile stretch running from the Laotian border south to the sleepy Cambodian river town of Kratie. This free-flowing reach experiences the largest annual fish migration on Earth, as fish move from the vast Tonlé Sap Lake in western Cambodia to spawning grounds in the north. Brimming with biodiversity, the river and its basin provide habitat to the endangered Irrawaddy dolphin and the critically endangered white-shouldered ibis, giant ibis, red-headed vulture, and white-rumped vulture. Some species harbored here have all but disappeared from other parts of Southeast Asia. WWF has been tackling threats to wildlife and people in this part of Cambodia—known as the Mekong Flooded Forest—since 2002.

But today the wild stretches of the lower Mekong—and the intricate ecosystem as a whole—are under pressure. The region is changing fast, and with unprecedented social and economic development have come hydropower dams, sand mining, overfishing, pollution, and more.

The threats to wildlife and people on the Mekong are many and interrelated, says Marc Goichot, WWF’s freshwater lead for Asia Pacific. But make no mistake, he says, “the biggest threat is posed by hydropower.”
Full article: https://www.worldwildlife.org/magazine/ ... ent-rivers
Cambodia Expats Online: Bringing you breaking news from Cambodia before you read it anywhere else!

The days of being able to go out and catch or steal fish that you do not own or grow have long gone. Even my ancestors stopped being hunters of wild pigs and deer and became farmers. Others stopped being gathers of wild fruit and berries and became gardeners.
People even till think they can go into the forest and cut trees that they did not grow and sell them . The sooner the Mekong dries up the better as it will make people realise that if you want fish you have to grow your own fish, the same fruit, vegetables and animals.
Top

It may be on the other side of the world but look at the similarities.

Nobody wrote: ↑Sat May 01, 2021 5:17 am The sooner the Mekong dries up the better as it will make people realise that if you want fish you have to grow your own fish, the same fruit, vegetables and animals.

Cambodia’s new hydropower dams on the Mekong River are causing big problems. The trans-boundary Mekong is one of Asia’s most important rivers. Also known as the ‘mother of rivers,’ The Mekong is a lifeline, supplying up to 60 million people in China, Cambodia, Laos, Thailand, Myanmar and Vietnam with water, food and power. The waterway enables rice farmers and fishers to pursue their livelihoods.

But since the new dams were built, droughts have become more frequent, and fish populations and biodiversity have diminished. These negative consequences are felt most harshly by fishing and farming communities on the Mekong. Will these local communities be able to survive in the region? And can nature there recover? Or will climate change make the situation worse?

https://www.dw.com/en/once-upon-a-river ... a-59473116
Cambodia Expats Online: Bringing you breaking news from Cambodia before you read it anywhere else!

Two reports released last month by The Mekong River Commission (MRC), an inter-governmental organization that works with the governments of Cambodia, Laos, Thailand, and Vietnam to jointly manage the river’s resources, serve as a crucial health check on the state of Southeast Asia’s longest river and the millions of people who depend on it for their livelihoods. The reports were released simultaneously. One focused on the status and trend of fish stocks in the river and the other surveyed households that live along it, with the findings all too familiar.

The cumulative impacts of climate change, overfishing and hydropower dam development are having detrimental impacts on the many people who rely on the Mekong. The reports detail effects ranging from loss of family income due to declining fish catch numbers and increased damage caused by flooding and water infrastructure development, to gender inequality that disproportionately affects women’s ability to gain employment.

During 2015–18, around 62 per cent of the sampling villages experienced losses and damages from flooding, 25 per cent of villages reported the impacts of flooding were becoming much worse, and 25 per cent reported these impacts were worse in the last 12 months than in previous years. Compared to the 2014 survey, losses and damages from climate shocks, especially flooding, have increased significantly. These communities are particularly susceptible to changes in water resources and climate, as crop farming is still the most common form of livelihood in all study sites.

The survey reveals that households engaged in fishing across the region fell from 50 per cent in 2014 to around 37 per cent in 2018 due to a reported decrease in fish stocks. Conversely, the fish stocks study shows that Lower Mekong Basin fisheries are under stress due to overfishing and habitat degradation as a result of human activity and environmental changes.

The social impact survey also notes trading, including services, has become the second most common source of livelihood in the region, and part of the reason that fishing has declined as a main source of income is that people are finding other forms of employment.

Migrating to work in other districts or provinces is very common for almost all those surveyed in sample villages, yet this trend generates its own negative impacts, leading to the breakup of the family unit and the emotional connections that come with it.
Full article: https://maritime-executive.com/editoria ... -fisheries
Cambodia Expats Online: Bringing you breaking news from Cambodia before you read it anywhere else!