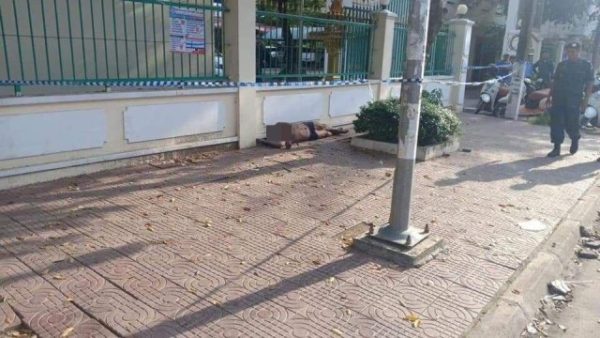 Cambodia Breaking News, Kandal province: On October 2, 2019, villagers found the body of a man lying dead near the fence of the Kandal provincial health department in Takhmao city.
The victim was identified as a male, about 35 years old, homeless, 1.62 meters tall, wearing only shorts with no shirt and no shoes.

According to the source, on the morning of the incident, local people were setting up shop nearby when they saw the body on the pavement. Very shocked, they called the authorities to come to the scene.
The competent authorities arrived immediately, and after a full investigation of the body, they found no bruise marks or signs of foul play so it was declared that the deceased died of wind. ie. He stopped breathing. According to local reports, the man had been homeless and sleeping on the street for some time.
Cambodia Expats Online: Bringing you breaking news from Cambodia before you read it anywhere else!