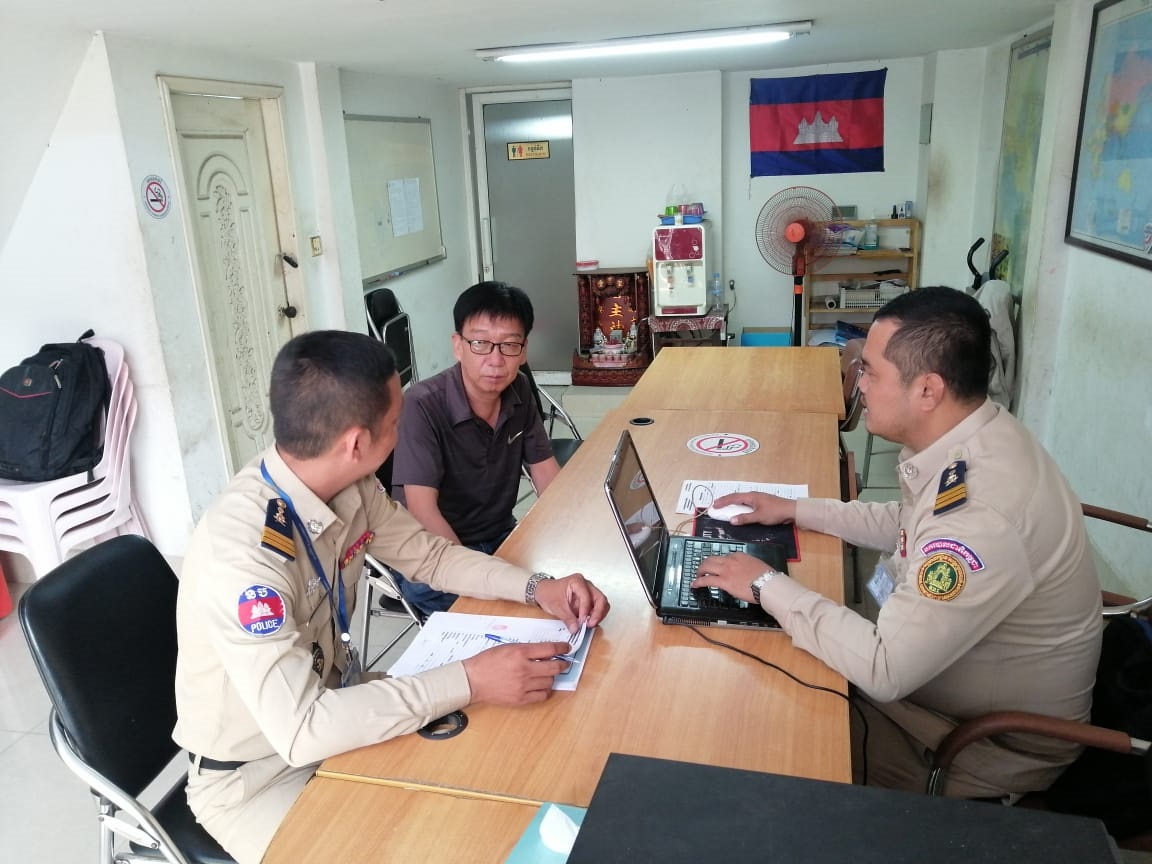 Cambodia News (Phnom Penh): On March 4, 2020, at 9:30 am, a South Korean man named YOO​ HONG​ YUL​, aged 62 , went to the Office of Investigation at the immigration department of the police commissariat in Phnom Penh, asking the Cambodian authorities to send him back to his country.

The Korean man arrived to work in Cambodia on December 22, 2016, through the Poipet border from Thailand. His visa expired on January 22, 2017, one month after his arrival. He did not attempt to extend it, and he has remained in Cambodia illegally since then.
However, he now has no money, no job, and no place to stay, so he has decided to report to Phnom Penh Immigration and ask them to deport him back to Korea.
Cambodia Expats Online: Bringing you breaking news from Cambodia before you read it anywhere else!