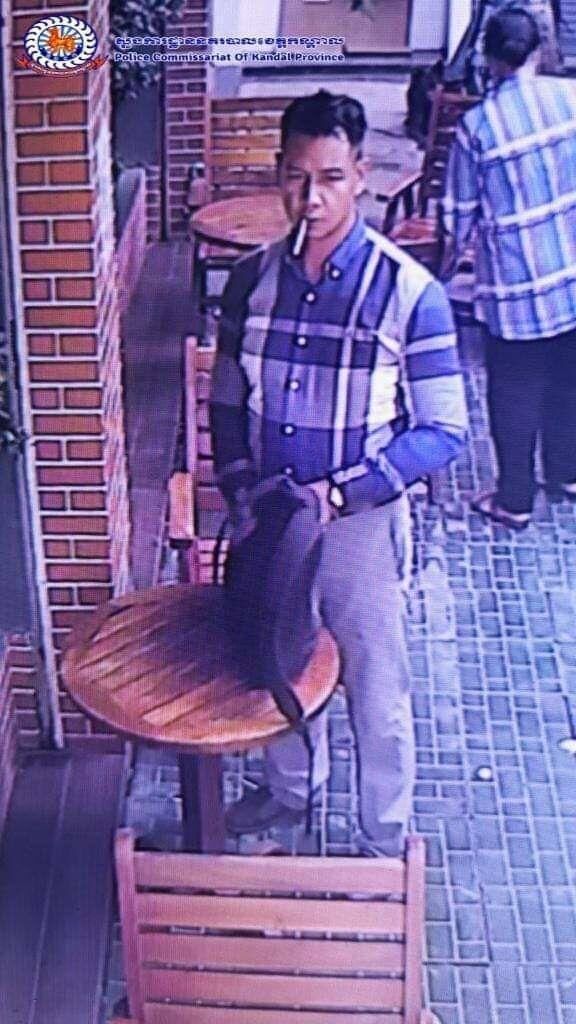 Cambodia News (Kandal): On February 8, 2020, at 1:30 pm, a Cambodian American man, Pem Sovanthoeun, a 38-year-old English teacher, was arrested after he was recorded on CCTV camera while stealing an iPhone 7Plus at an Amazon cafe, in Sangkat Takmao, Kandal. The victim was identified as Kun Sathya, a 16-year-old boy student.

Before the incident, the victim of the theft went to drink coffee at Amazon cafe, but when he went to use the toilet, he left his phone in the bag at the table. The suspect, who was sitting close to the victim's table, stole the phone and left the cafe. The victim realized that his phone was stolen, so he asked the cafe staff to check the security camera. After that, he filed a complaint at the police station.

The police searched for the suspect and found him at another coffee shop near Sovannaphum school. The police found the victim's phone in his pocket, so the suspect was arrested and sent to Takmao police station for questioning, where he broke down and confessed to the crime.

If i ever end up in toul sleng, i don't want this guy to be my guard
something about the eyes
Top
Post Reply Previous topicNext topic
2 posts • Page 1 of 1