The medical team reported that a member of the hotel staff placed an urgent call to the hospital, saying that that the victim had collapsed on the floor at the hotel.
Unfortunately, by the time the emergency team arrived at the scene, the victim had already passed away. According to the examination by Siem Reap specialist, Dr. Eth Chopcharoth, the Japanese man died of a stroke. 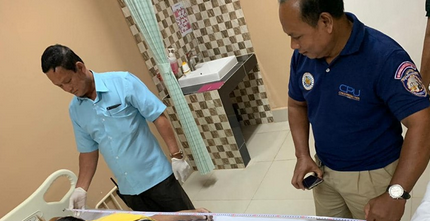 The body has been sent to keep at the Teuk Thla pagoda, waiting for the decision from the family and the Japanese embassy. RIP.
Cambodia Expats Online: Bringing you breaking news from Cambodia before you read it anywhere else!