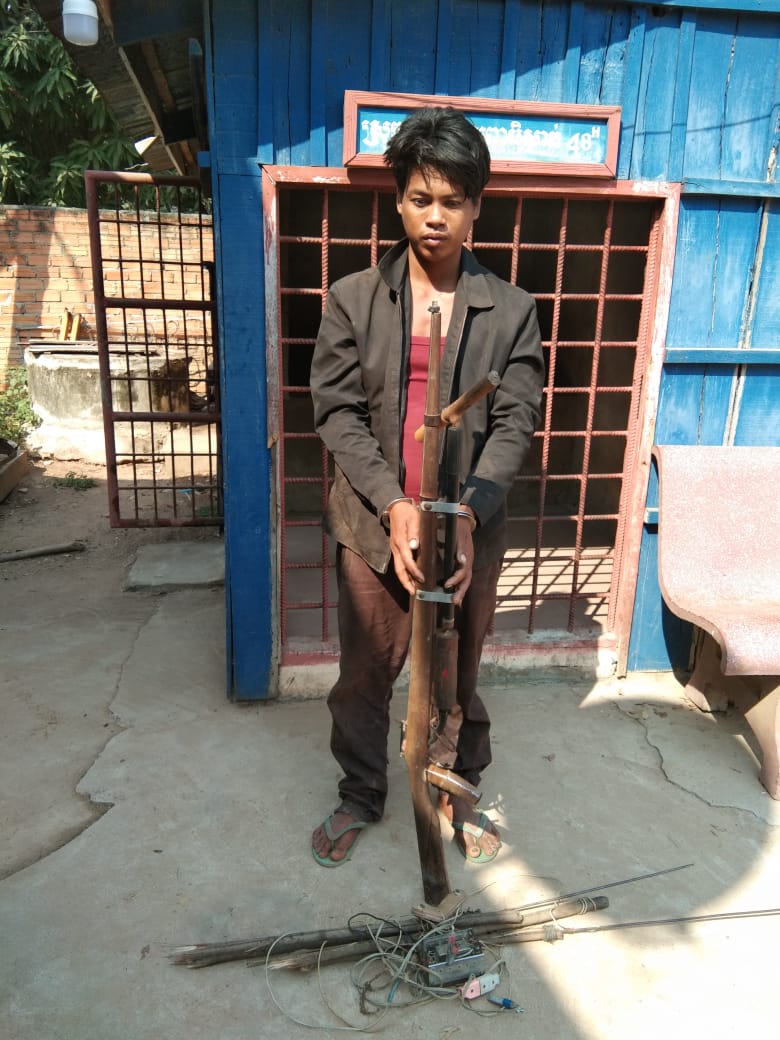 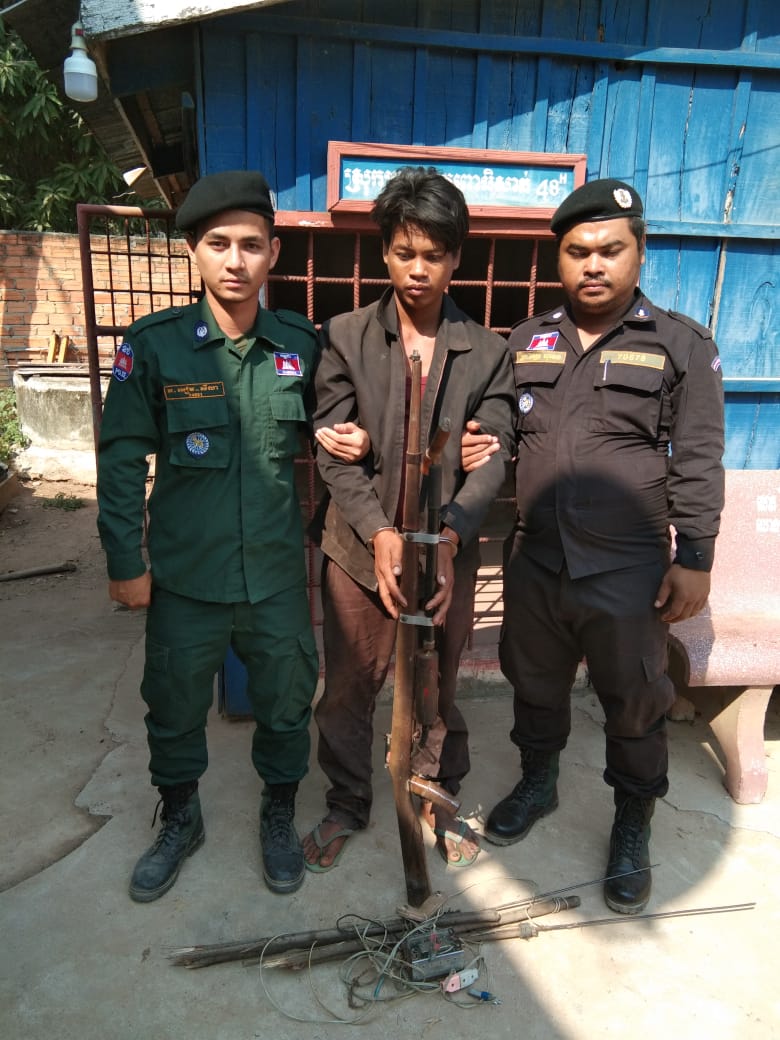 The victim, Ben Pheap, a 52-year-old man, filed a complaint with police to arrest the suspect who insulted and threatened to kill him after he told the man that he could not go hunting and fishing illegally on January 21. Subsequently, the police picked up the suspect with his homemade gun and the fishing electric shock equipment. He was sent to the police station for questioning.

The suspect confessed that the reason why he insulted and threatened to kill the victim was because he had tried to stop him from hunting wildlife illegally.
Cambodia Expats Online: Bringing you breaking news from Cambodia before you read it anywhere else!

I hope that is the cops cage for the perp, in the background.
Not the perps storage facility for bears, badgers and banteng etc, before they get shipped off to China for the live-meal restaurant trade.

I actually feel a bit of sorrow at the sight of this young man in handcuffs.
The story indicates he is one of those who is "born to hunt".
Nothing is going to stop him fulfilling his role in life. chuckle. Certainly not his Greenie neighbour.
A role that would have made him a highly valued and respected member of his community right up until 20 years ago.

But things have moved on. Best thing now - put him handcuffs, send him to me,
-to get tortured by non-stop natural history tutorials. Relentlessly. Inhumanly.
To the very point of murder, almost.

Then i'd hire him as a ranger. (if i had my way)
Top
Post Reply Previous topicNext topic
3 posts • Page 1 of 1