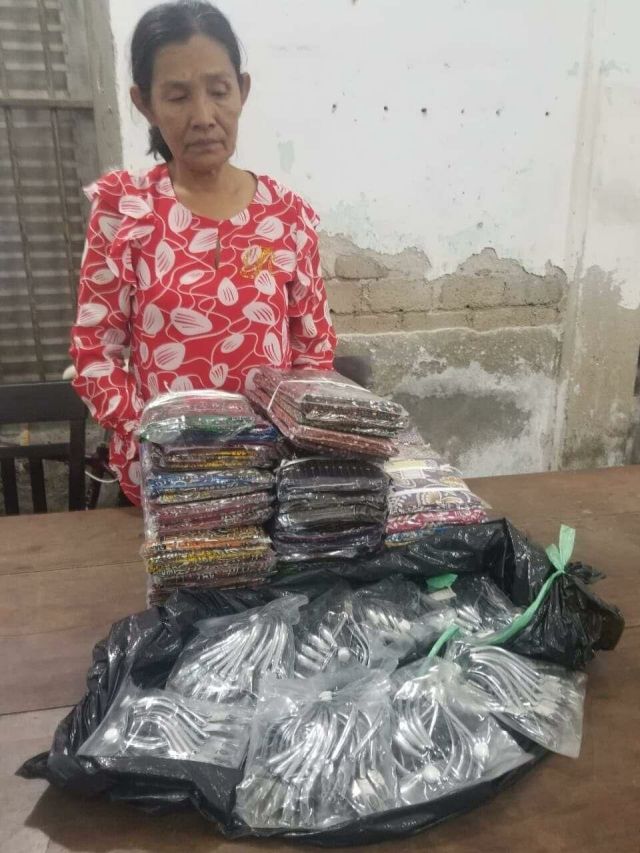 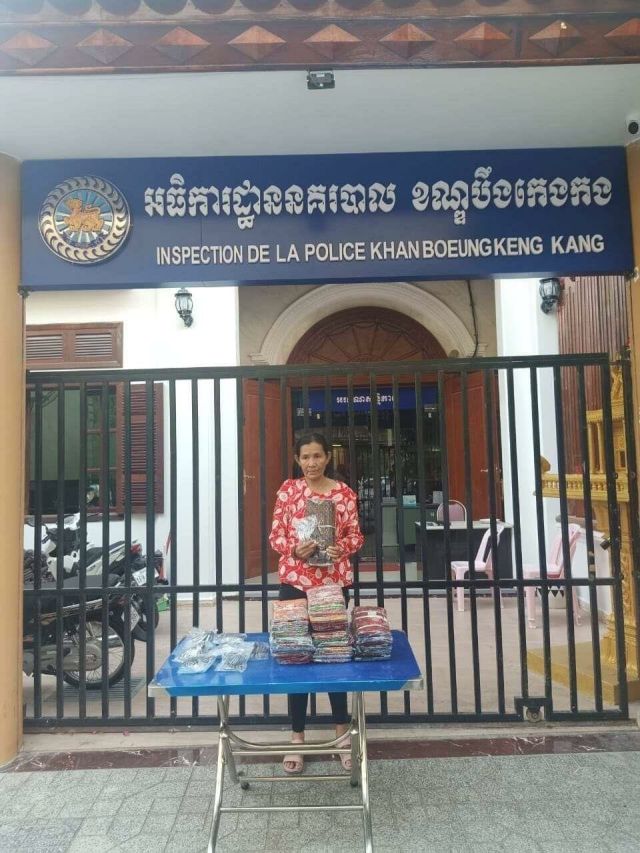 The exhibits seized by police included a bag with 8 bags of various cutlery, and 10 plastic bags containing 50 sarongs.

All the stolen goods used as exhibits in the case were handed back to their owners, Taing Nam Heng,59, and Hail Lin, 35, at the request of the Phnom Penh Municipal Court Judge, Seng Heang.
Cambodia Expats Online: Bringing you breaking news from Cambodia before you read it anywhere else!