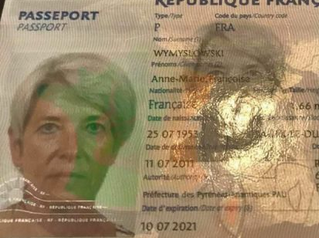 Cambodia News (Siem Reap): The Siem Reap police have reported that a French tourist, ANNE MARIE WYMYSLOWSKI, a 67-year-old woman, passed away on January 26, 2020. That morning at 08:30 am, the deceased was found dead in her bed, in her room at Pavillon d'Orient Boutique-Hotel, Siem Reap.

The French woman arrived in Cambodia from Bangkok on January 23, 2020, through Phnom Penh International Airport. The victim's sister said that the victim took some malaria medicine, and after that, she slept.
According to the examination by the specialist police and the autopsist, Mr. Eth Chobcharoth, the victim didn't have any suspicious marks on her body, and they concluded that she died of blood pressure that caused a heart attack.

The body was taken to the Khmer-Russian hospital, following the request of the French Embassy. RIP
Cambodia Expats Online: Bringing you breaking news from Cambodia before you read it anywhere else!