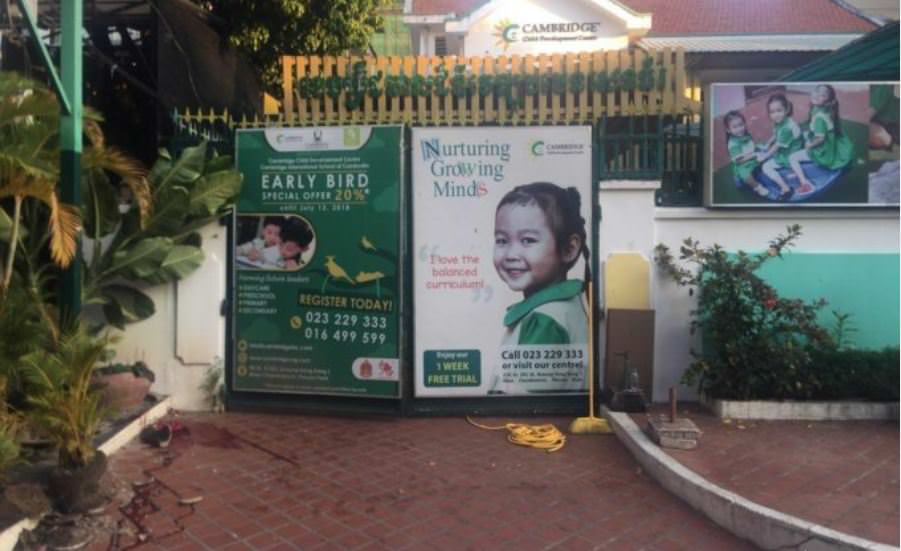 Phnom Penh, Cambodia News: A shocking incident occurred at 6 am on November 3, 2018, at 294 Street, near Norodom Boulevard, Sangkat Boeung Keng Kang 1, Khan Chamkarmon, Phnom Penh, when a man lost his life after he and his wife were attacked by bag-snatchers.
The couple, Soeun Sim, 33, and her husband, 36-year-old Chan Yan, were driving along the road on their motorbike, heading for the Royal Palace, ready to start work for the day at their flower stall. Suddenly, not far from Cambridge School, a motorbike with two men on it pulled alongside and attempted to steal the woman's bag. 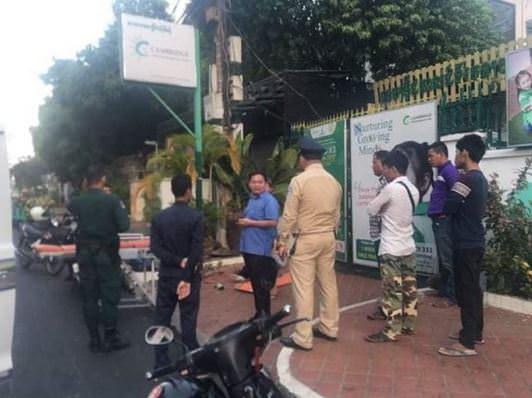 The husband, who was driving, was distracted by the attack on his wife, and he hit a pothole which crashed the motorbike, flinging him on to the ground. He landed on his head and died instantly. 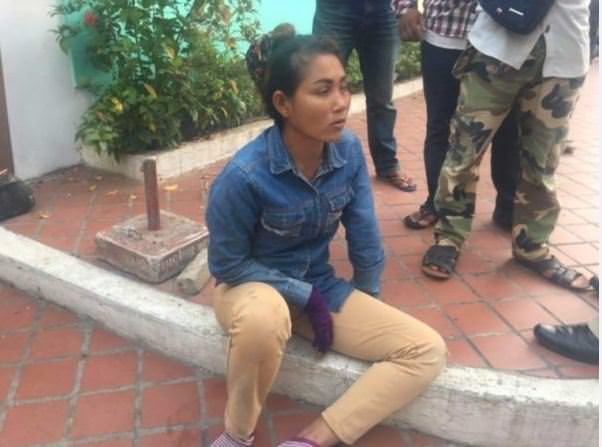 His wife, who was only lightly injured in the accident, has pressed charges against the two unknown assailants at Boeung Keng Kang Administration Police Station. 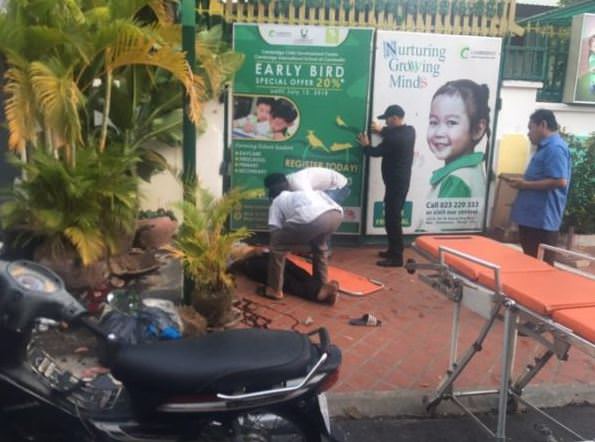 No wonder there is more and more mob justice.
Top

Terrible news. You never know if today could be uour last. My condolences to his wife.
Top

Update: The thieves had made off with the woman's handbag which contained $300, and the accident occurred when the couple set off after them to retrieve the purse.
Following the accident, the bag-snatchers made a clean getaway and are being urgently sought by police.
Cambodia Expats Online: Bringing you breaking news from Cambodia before you read it anywhere else!

I wonder if it was someone who knew that they were carrying money & stupid enough to carry it in a bag.
RIP
Top

He might have been wearing a helmet but as loads of Khmer don't, he probably didn't. (or he was wearing a cheap shitty helmet).

With all these cameras installed on traffic lights the police should be able to track these thugs.

With all these cameras installed on traffic lights the police should be able to track these thugs.

Hopefully the wife got the number plate of their bike. Poor woman. Even as a pacifist, I can see the case for public floggings or shamings to deter bag-snatchers.

It's violent crime, and it seems like it's happening more and more in PP and elsewhere. A visiting friend told me that there were warnings posted in their Siem Reap hotel about being vigilant. It's an ugly look for Cambodian tourism, even if most of the victims are Cambodian.
Top

I would guess the number of bag snatchings and instances of mob justice are decreasing, not increasing.
Top

jmagic wrote: ↑
Sat Nov 03, 2018 7:26 pm
I would guess the number of bag snatchings and instances of mob justice are decreasing, not increasing.