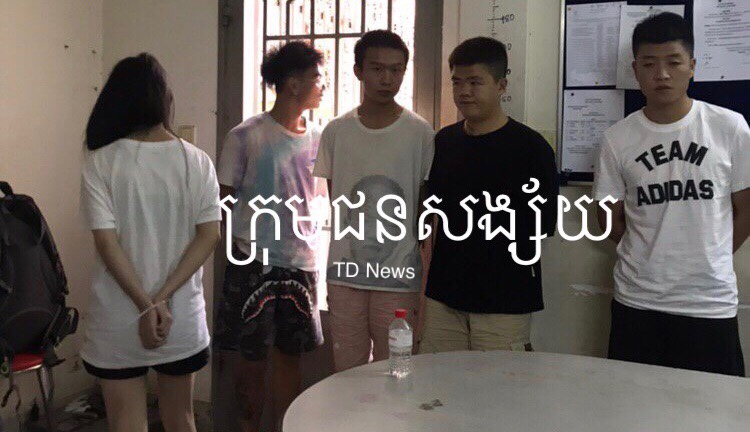 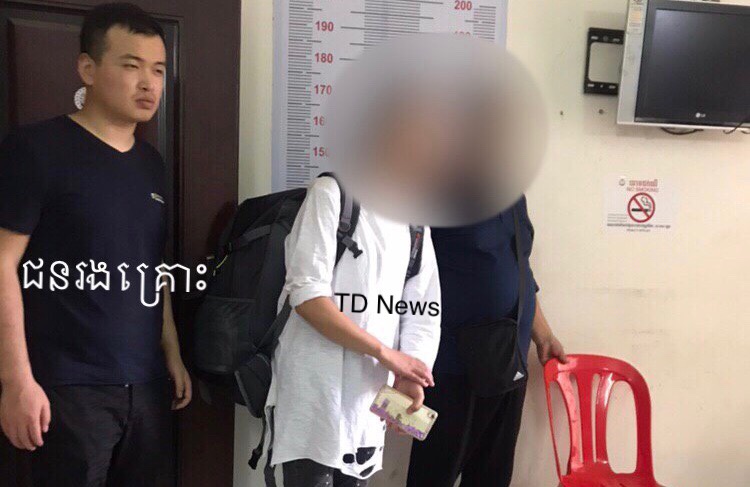 The suspects are currently being questioned by Toul Kork police inspectors and will remain in detention while police submit a case to the court.

*Four 18 and 19-year-old suspects, and one aged 20.
Cambodia Expats Online: Bringing you breaking news from Cambodia before you read it anywhere else!

Phnom Penh trying to steal our thunder, it's what Sihanoukville is famous for
An unreliable narrator
Top

Ahem, Pursat, Bavet, now in PP, and coming soon to Kampot... It is spreading like an infection.
This is not a good thing that the Chinese have brought to Cambodia, but the Cambodians opened the door and let them in without a thought for the consequences. Money today, problems tomorrow.
Top

The "teens" appear to be a gang who were lying in wait in front of the Chinese embassy to prey on hapless Chinese citizens in difficulty.
Quite a story.
10 October 2019

Capt Huot said that on September 24, the victim lost his passport and went to the Chinese embassy in Chamkar Mon district.

He said that Mr Wu saw the suspects outside the embassy and told them about the loss.

Cap Huot said the suspects told him that they knew embassy staff and could solve his problem quickly.

He noted that in gratitude Mr Wu invited them to have dinner and drinks with him in his hotel room.

Capt Huot said that at about 5.30pm the suspects went to the room, caught the victim, tied his hands with ropes and confined him in the room.

“They beat him up with sticks and cable wire and caused serious injuries on the face and body,” he said. “After beating and torturing him, they filmed his injures and sent the photos via Facebook messenger to his family in China asking them to send $3,000 to secure his release.”

Capt Huot said the next day, the family sent the amount through money transfer.

“But after they received the $3,000 from the victim’s family, they did not release him,” he noted. “They continued to extort the family to pay more.”

Capt Huot said that at about midnight on Sunday, the victim managed to flee from the room when the suspects became drunk and had fallen asleep.

After escaping, he lodged a complaint with commune police, before seeking treatment at a clinic.

Capt Huot said that at about 8 am on Tuesday, the victim went to the Chinese Embassy to report his lost passport and the extortion.

He said that he noticed the five suspects standing in front of the embassy gates and quickly alerted police at the guardhouse who promptly arrested them.

https://www.khmertimeskh.com/50649619/f ... extortion/
Cambodia Expats Online: Bringing you breaking news from Cambodia before you read it anywhere else!

Sounds like an opportunity... make Cambodia a honeytrap for hapless PRC wannabe gangsters preying on hapless PRC gamblers, and rob the wannabe gangsters, then fingerprint, dna, and deport them as a menace to Khmer society, rinse and repeat.
The PRC government may want to subcontract executions, they have a bit of a backlog with their massive anti-corruption drive back home.

A proper public flogging would be good, too. To be dealt out prior to deportation.
Each of the culprits to administer said flogging on each of their cohorts. A kind of of team building exercise.

Cost of the whip, cat’o’nines, etc to be billed to Chinese families concerned.
we Remember
So Their sacrifice is never forgotten
Top

"Square pegs, round holes" sounds even more excruciating than that, and possibly cheaper...
I'm not like other boys...
Top
Post Reply Previous topicNext topic
9 posts • Page 1 of 1