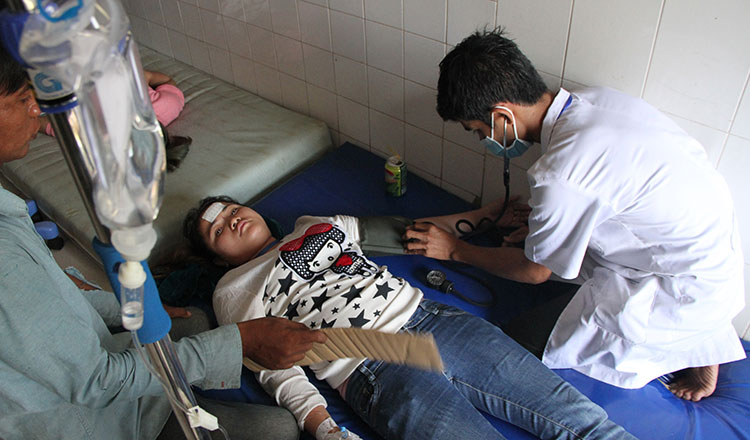 The fainting cases among garment workers occurred in 11 factories last year, a decrease of more than 60 percent compared with 2018’s 17 factories, according to a report.

The National Social Security Fund (NSSF) issued a report today, saying that fainting occurred in 11 factories across the Kingdom in 2019 in which 831 workers, 822 of whom were women.

He said that the fainting cases decreased thanks to preventive measures, noting that the NSSF continues to educate workers on how to protect themselves from fainting.

https://www.khmertimeskh.com/50679665/f ... -last-year
The idea that seeing the world is going from place to place to look at obvious things is an illusion natural to dull minds.
Top
Post Reply Previous topicNext topic
1 post • Page 1 of 1