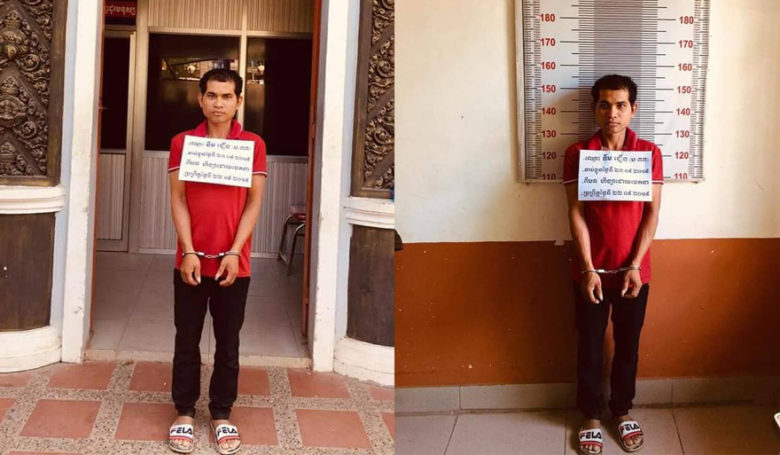 Cambodia Breaking News(Kandal province): A man was detained by police for an act of violence against a security guard in Trapeang Baku village, Trapeang Veng commune, Kandal Stung district, Kandal province.
On the 22 September 2019, at around 00:30am, the 36-year-old suspect Dorm Choeun had been drinking at the KTV when he was thrown out for harassing one of the women working there. He got extremely angry and attacked the security guard who would not let him back into the establishment. The victim, Prak Sam Oeun, a 33 year old male security guard, was seriously injured from stab wounds, and is currently still in hospital undergoing treatment.
On 25 September, the aggressor was charged with "aggravated violence" under Article 218 of the Penal Code.
Cambodia Expats Online: Bringing you breaking news from Cambodia before you read it anywhere else!