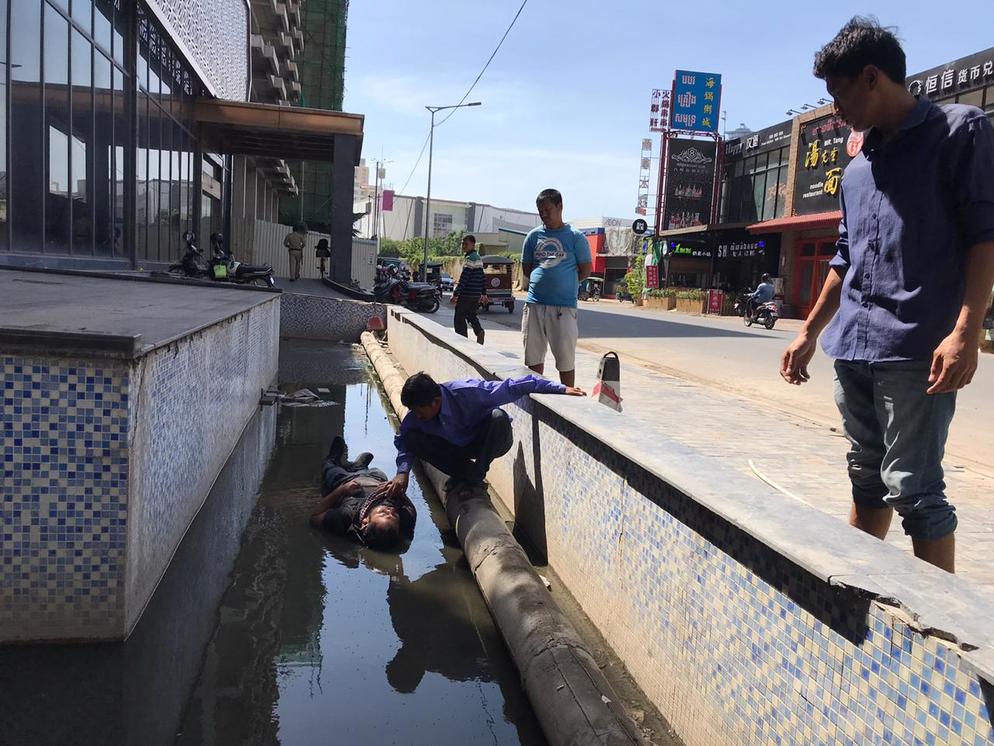 Cambodia News (Phnom Penh): On December 1, 2019, an unidentified Cambodian man who was suspected to be a drug addict, laid down in a pool of water in front of a BBQ restaurant near Koh Pich bridge, Sangkat Tonle Basac, Phnom Penh. He was lying there from about 05:30 am until noon, when some kindly people decided to fish him out on the pavement to dry. 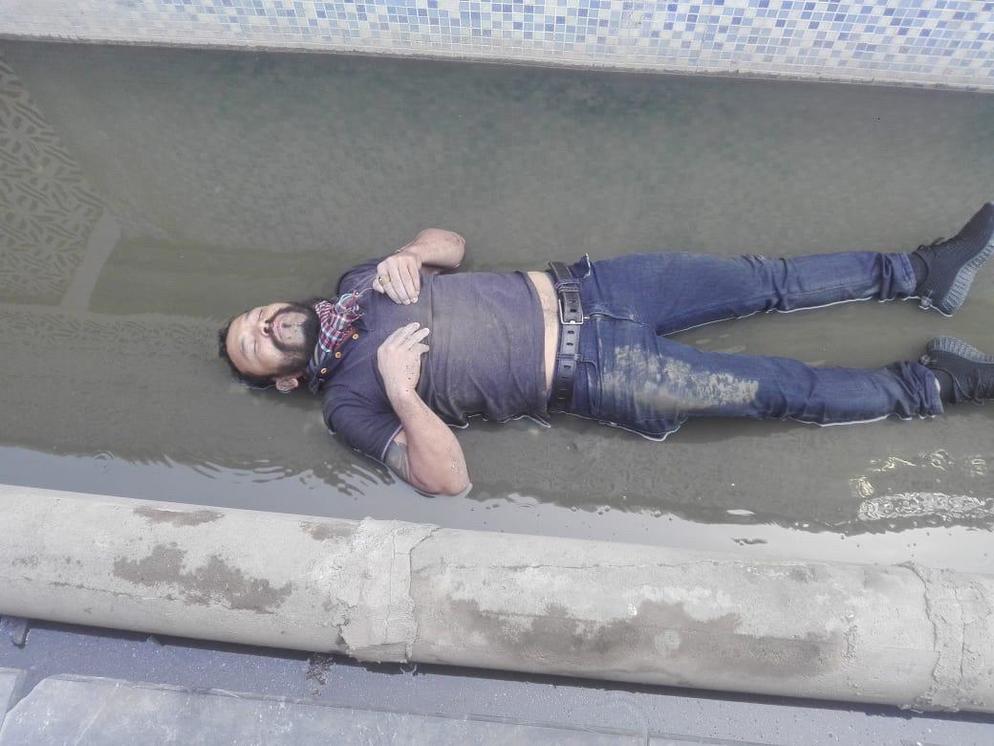 The security man said that at 05:30 am, the man, who wore jeans and a black shirt, lay down in some water in front of a BBQ restaurant near Koh Pich bridge. At noon, the man still didn't get up, so the guard reported the episode to the police. 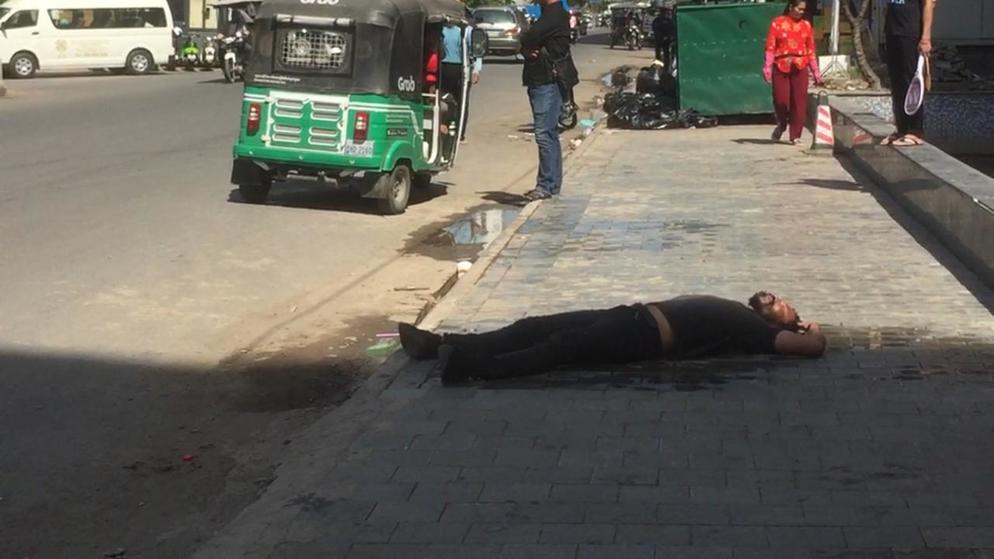 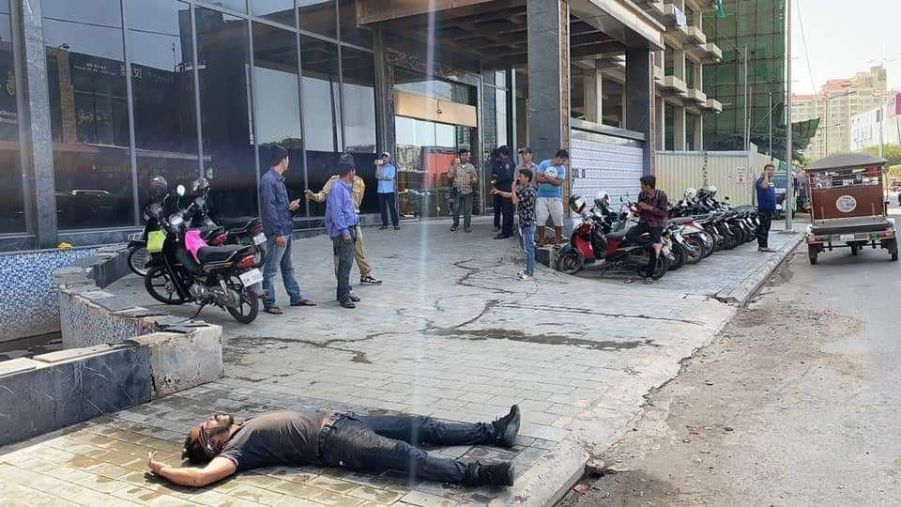 After that, he and a tuk-tuk driver took the man out of the water and put him on the pavement to dry out. When the police eventually turned up to take the man away, a few hours later, the man abruptly came to his senses, got up, and walked away. 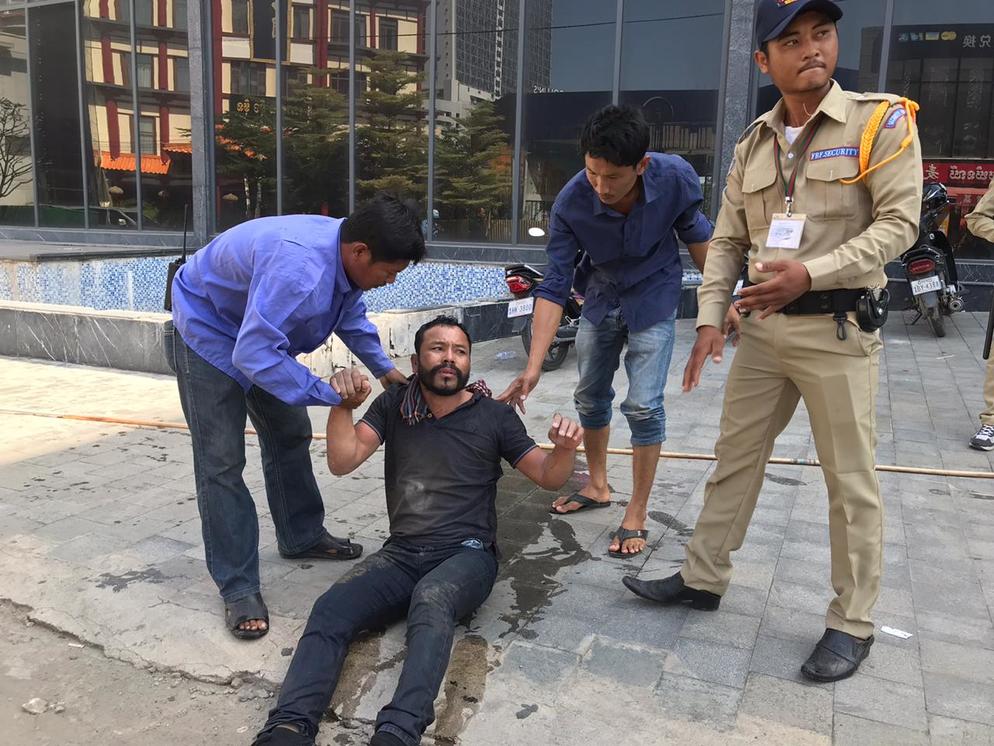 No, it's pretty cold at the moment.
Silence, exile, and cunning.
Top

We've all been there
Top

I would be willing to place bets that the guy is not Cambodian. beard, shoes, and with socks.

India maybe.
Cambodia,,,, Don't fall in love with her.
Like the spoilt child she is, she will not be happy till she destroys herself from within and breaks your heart.
Top

I'm betting a khmerican who couldn't handle his grog or drugs
Keep your money in your socks and fuck, and get massaged, with your socks on