Cambodia Breaking News(Phnom Penh: A man's body was discovered this morning at 7:30 am on October 16, 2019, in the village of Takhmao, Sankpeam commune, Dangkor district, Phnom Penh. He was found by local people who suspect that he was victim of a robbery. More to come. 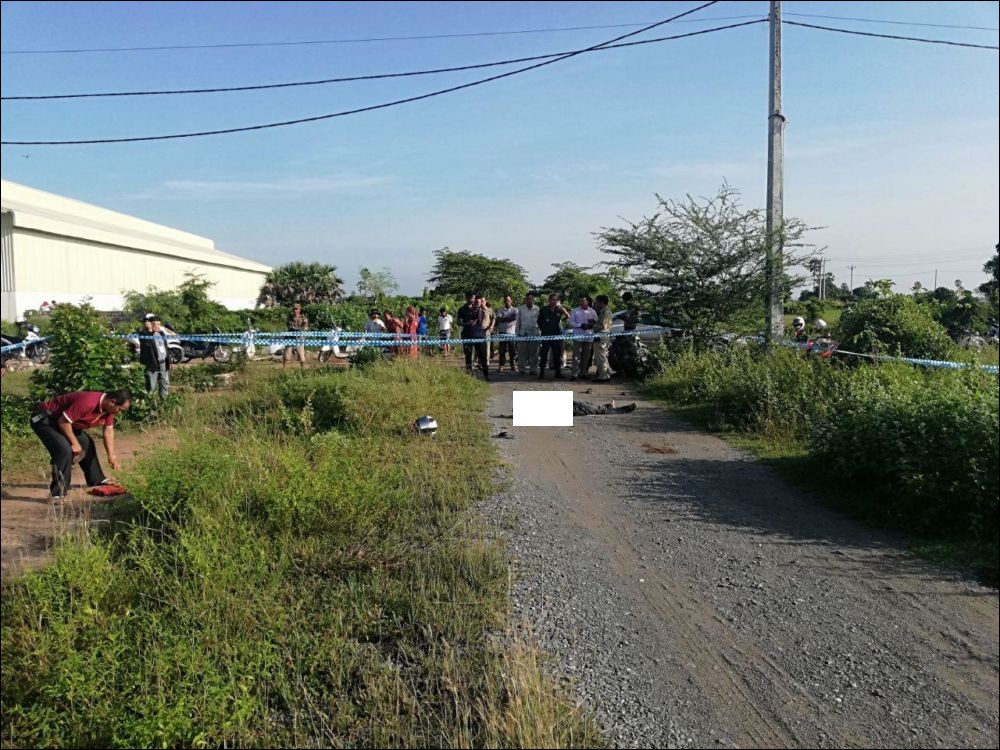 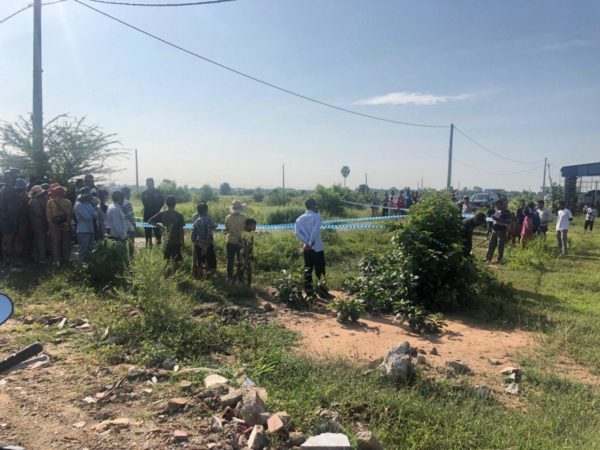 UPDATE:The victim has been identified as Me Phin, a 29-year-old glassworker and motorbike driver in Por Sen Chey district, and a native of Takeo Province.

After receiving reports of the sudden death, the police forces of the Dangkor Inspectorate came to inspect the scene near the body and found a motorbike helmet and motorcycle mirror. On the victim's body there were marks on the neck and ribs.

Relatives said that the victim left home riding a 2015 Dream Land Free motorcycle at 8 pm on October 15, 2019, and they did not hear from him until the police called them on the morning of October 16 to notify them that the victim had been killed and robbed.

After examining and questioning the relatives of the above men, the authorities concluded that this is a case of a motorcycle robbery, and Khan Dangkor police are searching for the murder suspect or suspects.
Cambodia Expats Online: Bringing you breaking news from Cambodia before you read it anywhere else!

22 October 2019
Phnom Penh, Cambodia News: The cold-blooded thieves who murdered a man for his motorbike on October 15, 2019, in Por Sen Chey district have been arrested. The three men were caught with the victim's motorcycle and his mobile phone. 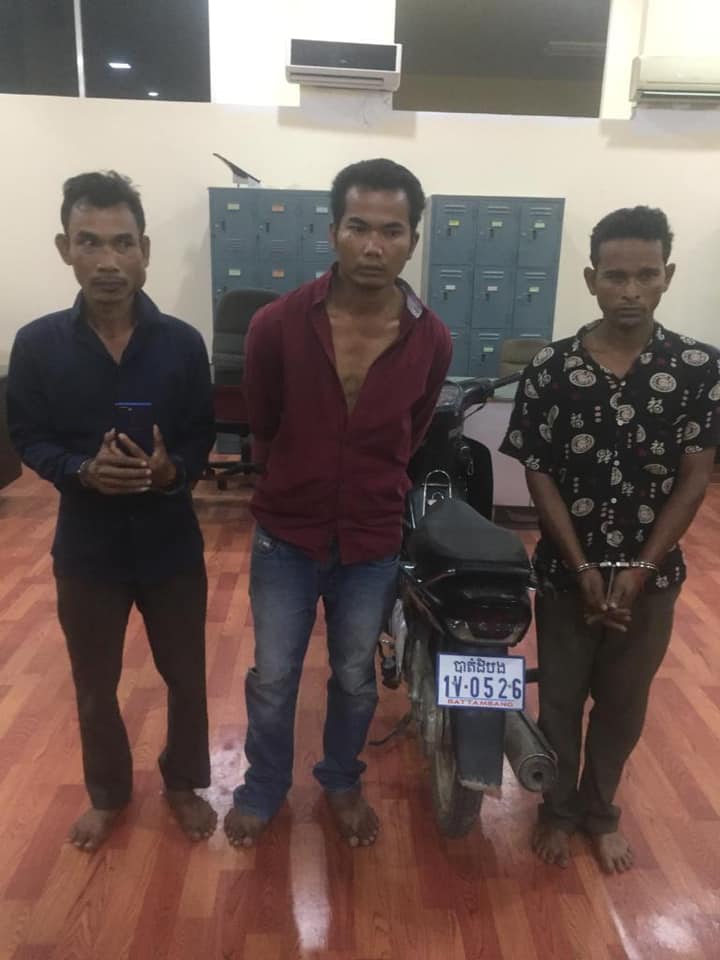 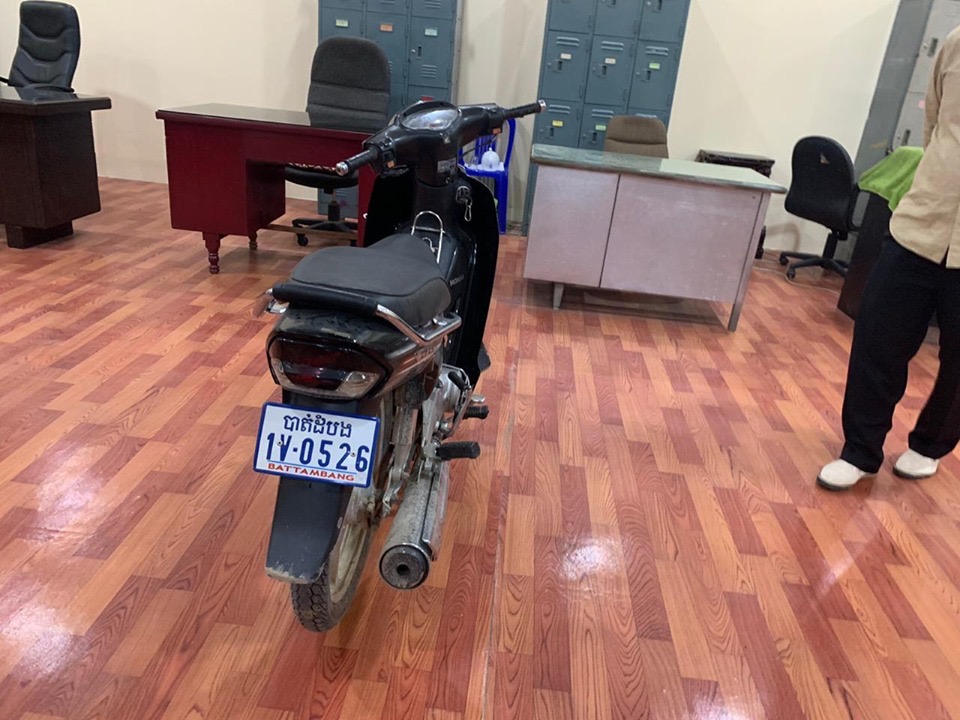 The source said that at around 10 pm, there were noises of the victims shouting several times, but since the night was too quiet and the area was far from the village, no one came out to help the suspect. So the thieves managed to kill the victim, steal the motorcycle successfully and escape safely.

Relatives told the sad story that the victim and his wife from his hometown had come to Phnom Penh to work, he as a carpenter and glassmaker, while his wife, who is 7 months pregnant, is a factory worker.
Cambodia Expats Online: Bringing you breaking news from Cambodia before you read it anywhere else!

The crime occurred after midnight on October 15 in Dangkor district’s Sak Sampov commune.

He noted that the suspects were arrested in different locations in the capital.

They are accused of killing the victim and stealing his motorbike and mobile phone.

Col Vibol said the three are now detained at the municipal police headquarters for questioning.

Captain Ly Sarith, a police officer with the municipal general crimes department, yesterday said Mr Pheap and Mr Pov hired the victim at about 12.30am to take them to a friend’s home in the commune.

Col Sarith said the victim was allegedly taken to a less crowded place in Kveth village and both men started beating him.

“After killing the victim, they stole his Honda C125 motorbike and the OPPO phone,” he said. “They took the stolen bike and sold it to Mr Sokny, owner of the motorbike shop in Tuol Kork district.”

Cap Sarith noted that the body of the victim was discovered by villagers at about 6am.

He said that on Monday joint-forces arrested Mr Sokny at his shop after the victim’s stolen motorbike was located.
https://www.khmertimeskh.com/50653399/s ... -arrested/
Cambodia Expats Online: Bringing you breaking news from Cambodia before you read it anywhere else!