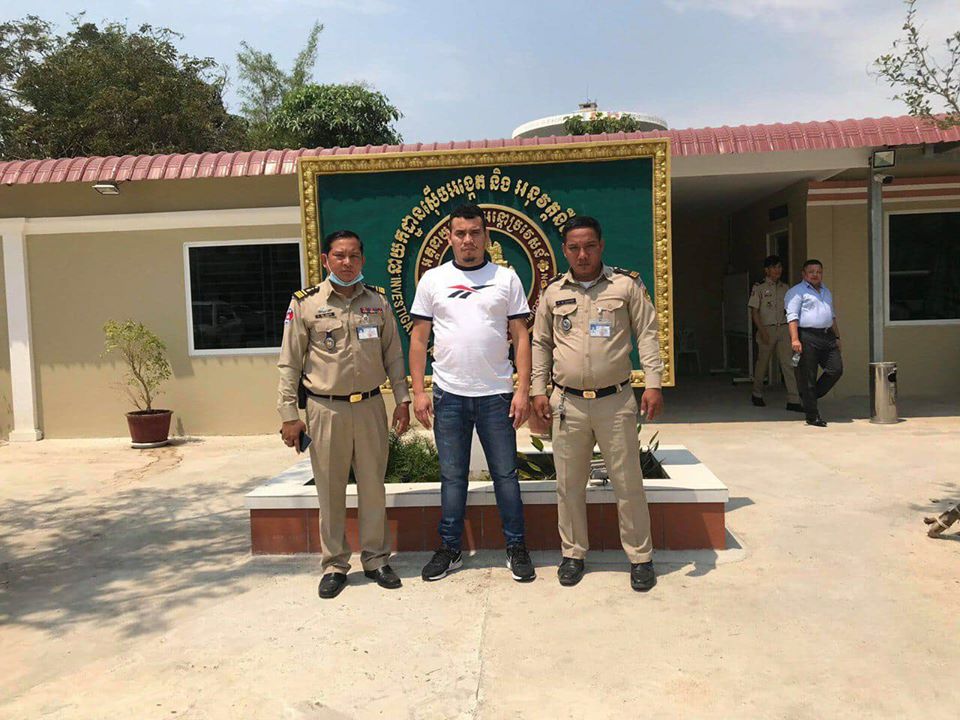 Phnom Penh, Cambodia News: On Friday, February 28, 2020, HE Gen. Kith Chantharith, Director General of Immigration, authorized the Department of Investigation and Procedure to send Colombian national, MARTINES LOPES SAMIR, to the eviction office following the legal procedures. The man was found guilty of casino fraud and was subsequently expulsed from the Kingdom of Cambodia through Phnom Penh International Airport. 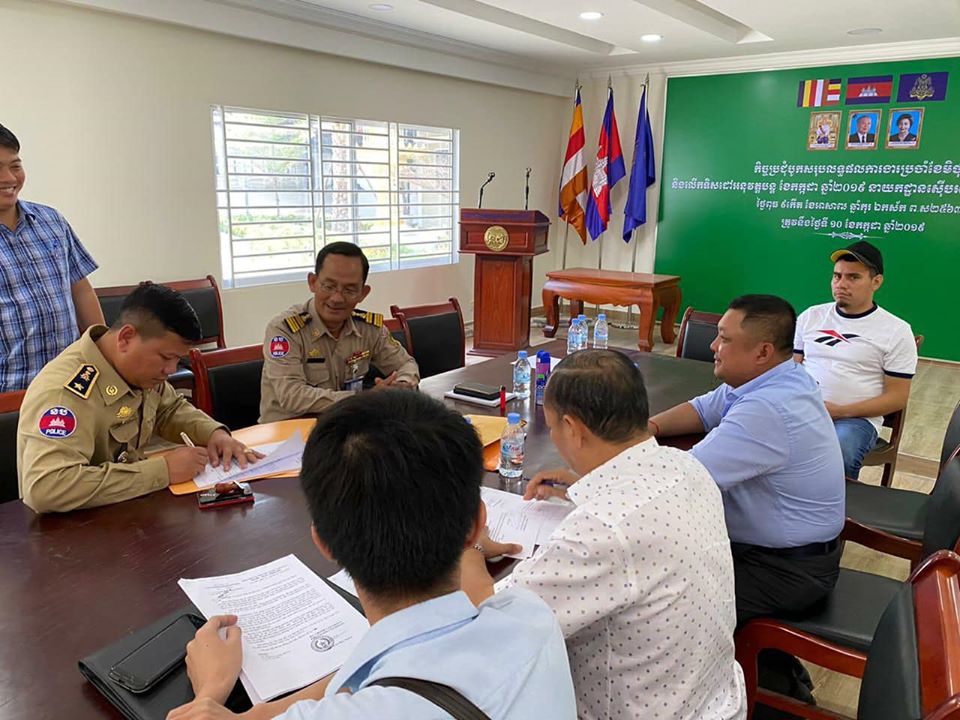 UPDATE
The Colombian man, Martinez Lopez Samir, was apparently deported to Vietnam where he has been sentenced to 12 years in jail for theft. His accomplice, Diaz Velasquez Carlos Jeronimo, is still on the run and may be in Cambodia somewhere. 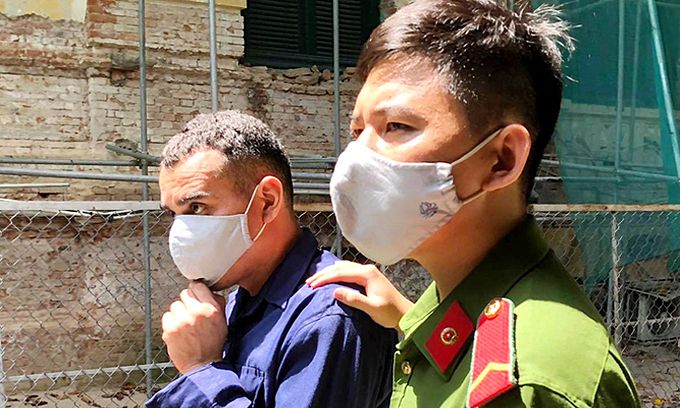 Colombian man Martinez Lopez Samir is escorted by a police officer outside a court in HCMC, August 26, 2020. Photo by VnExpress/Hai Duyen.

A court in HCMC sentenced a Colombian man to 12 years in jail on Wednesday for stealing $47,000 from five-star Caravelle Hotel in District 1.

Martinez Lopez Samir, 36, charged with "theft," will be deported from Vietnam after completing his sentence, the court ruled.

Fellow countryman Diaz Velasquez Carlos Jeronimo, who was involved in the theft, is currently at large.

In January 2019, Martinez and Diaz entered Vietnam on tourist visas. Two days later, they visited an e-gaming club at Caravelle.

Discovering the gaming machine's cash box was unlocked, they decided on the heist.

Martinez subsequently asked a nearby waiter for a cup of coffee, leaving the cash box unguarded. Taking advantage of the situation, the duo retrieved over $47,000 from inside and escaped the hotel.

They escaped into Cambodia after that via Moc Bai border gate in Tay Ninh Province, which borders HCMC.

Last February, the wanted Martinez was arrested by HCMC police.
https://e.vnexpress.net/news/news/colom ... 52625.html
Cambodia Expats Online: Bringing you breaking news from Cambodia before you read it anywhere else!