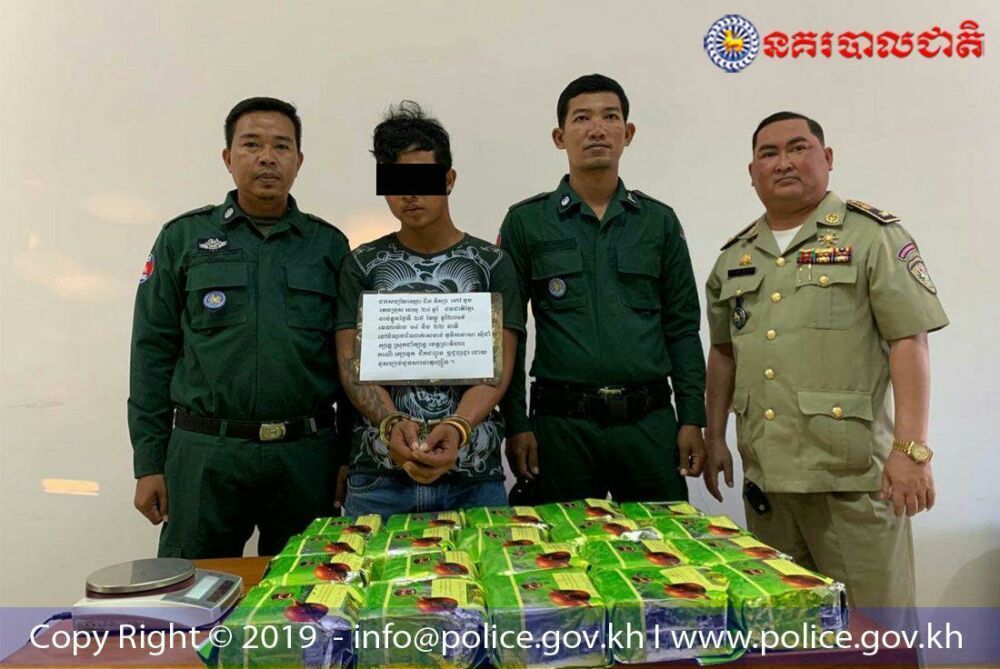 Cambodia News (Phnom Penh): Lieutenant Leuk Vannak, director of the department of anti-drug, reported that on December 25, 2019, at 2:22 pm, the police arrested a 24-year-old man, Pen Nisa called Khouch, for trafficking about 20 kilograms of methamphetamine, also known as ICE, in Preah Vihear.

The raid was led by lieutenant En Song, Deputy Director of the Anti-drug department, in collaboration with Lieutenant-general Chea Somoeun, Preah Vihear police chief, and coordinated by Mr. Ti Sorenthal, the prosecutor of Phnom Penh court. 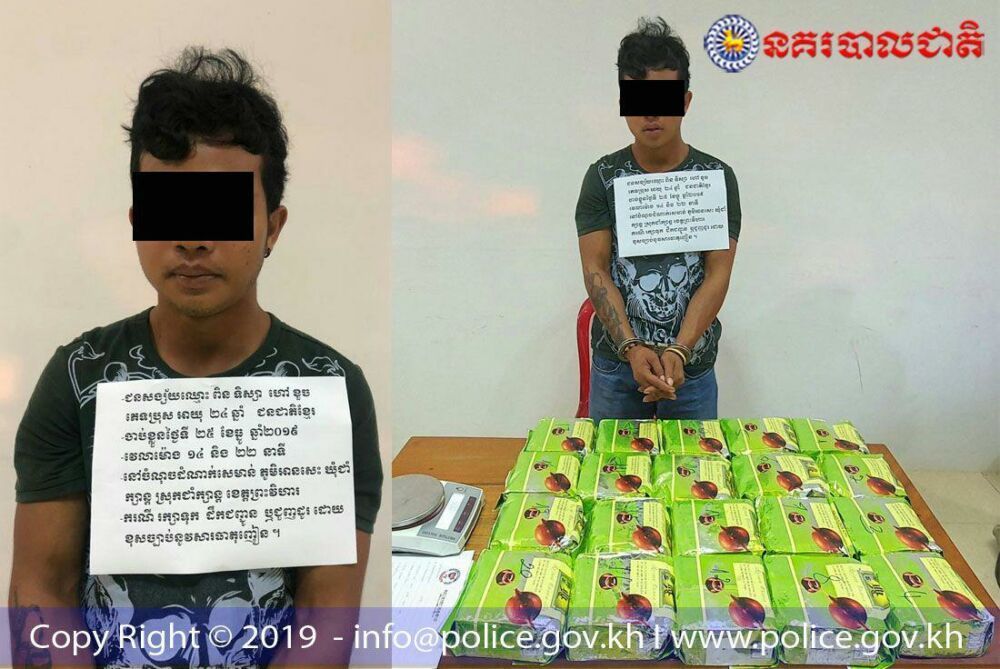 The suspect is accused of smuggling 20 kilograms of drugs wrapped in packages of Chinese tea from Thailand to Cambodia.The suspect with the evidence was sent to Preah Vihear police station for case preparation.
Cambodia Expats Online: Bringing you breaking news from Cambodia before you read it anywhere else!