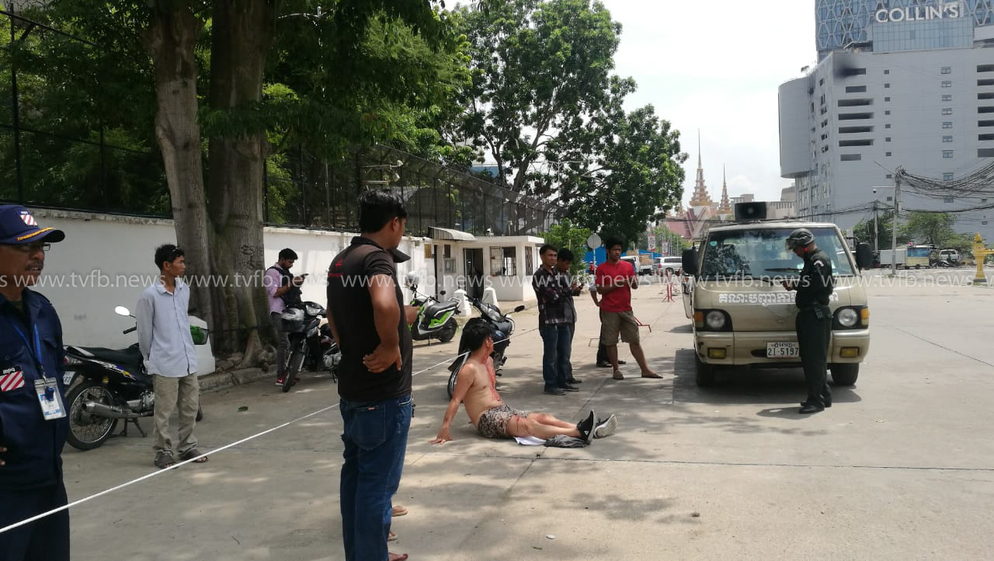 Cambodia Breaking News (Phnom Penh): On June 5, 2019,at 10:50 am, a Chinese man was seriously injured after getting attacked by two Chinese men, near the Sound Club in Sangkat Tonle Basac, Phnom Penh.
Witnesses said that before the incident two Chinese men were arguing with the victim. Suddenly, one of the suspects took a bottle of beer to hit the victim's head and stabbed his thigh, causing serious injuries. The suspects then attempted to take the victim to their car to leave the scene, but the police arrested them immediately.

The victim was sent to the hospital, and the suspects were detained for investigation. 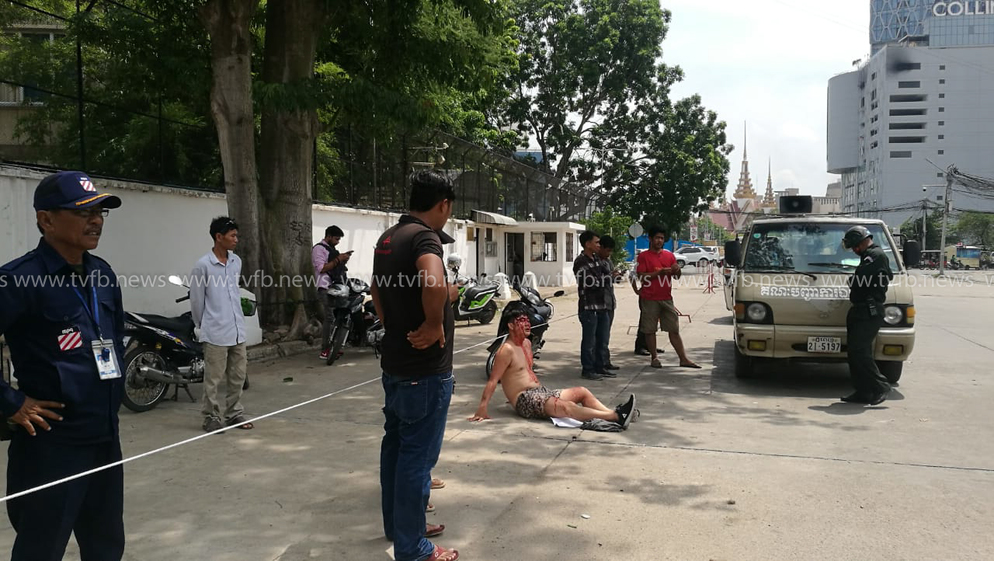 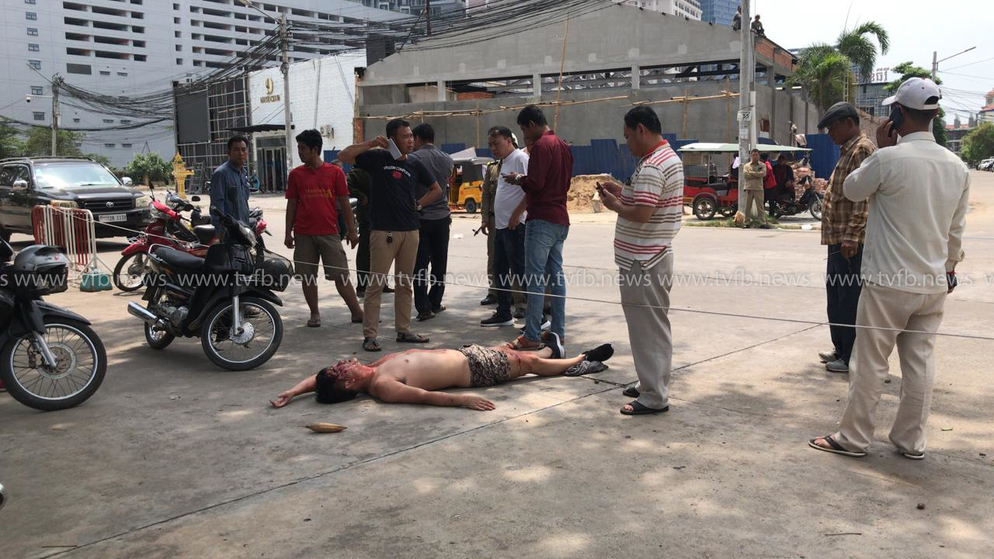