First news for 2020 is good news. Happy New Year everybody! 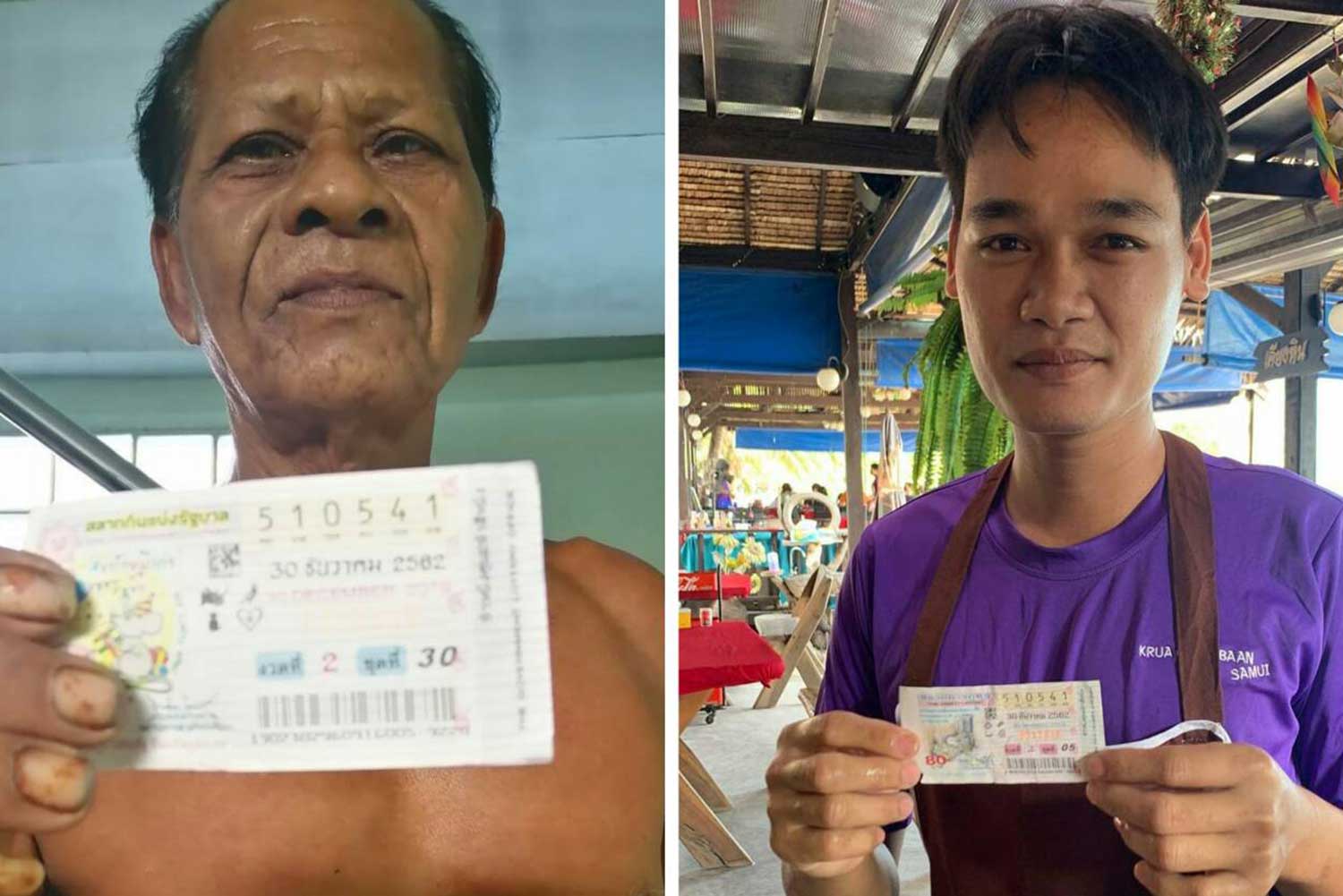 SURAT THANI/NAKHON SI THAMMARAT: A 29-year-old Cambodian migrant and a 63-year-old Thai man were blessed with luck as they each won a 6-million-baht first prize in the last lottery draw of 2019.

Photos of the young Cambodian man holding his first-prize ticket, No.510541, for the Dec 30 draw were posted on Facebook on Monday and drew messages from many netizens who came to congratulate him on his luck.

Thida Sana, the lottery winner, worked as a helper at a restaurant at Lamai beach on Koh Samui in Surat Thani. He bought one ticket from a lottery vendor at Tesco Lotus superstore’s Lamai branch.

Ms Kulthip Pulsawat, who posted good news on her Facebook, advised the Cambodian employee to sign his name behind the ticket and take a photos witth the ticket as evidence.

Mr Thida told Thai media that he had worked at Khrua Chaoban restaurant for almost six years and bought 1-2 lottery tickets for each twice-a-month draw but never won any prizes.

He said he would spend the money on building a house for his mother in Cambodia and hold a merit-making ceremony for his late father.

He said the restaurant owner had already took him to Bo Phud police station for a poice record of his winning of the first-prize lottery as evidence.
https://www.bangkokpost.com/thailand/general/1826569/
Cambodia Expats Online: Bringing you breaking news from Cambodia before you read it anywhere else!

Good to start the year with some good news. He looks like he could use the money.