A Cambodian man, who was arrested with five other people for protesting about land rights in Banteay Meanchey province, has died while in police custody.
The circumstances surrounding his death are still uncertain: Witnesses say that the man was beaten to death, but the authorities claim that the man was an alcoholic who died from an unspecified illness.

Cambodian Protester Dies in Custody, Police Deny Abuse
2020-01-10
A Cambodian rights group is calling for an investigation into the death of a jailed land-rights protester, saying that witness accounts of events leading to the man’s death contradict official denials of abuse by police.

Tuy Sros, a resident of the Ou Chrov district of Banteay Meanchey province, died in police custody on Jan. 1 after being held from Dec. 28 to Dec. 31 following a land-rights protest in which five other villagers were also detained.

Statements by provincial authorities and Cambodia’s National Military Police said that the protester, described in an official statement as “an alcoholic,” had died of an unspecified illness.

Speaking to RFA’s Khmer Service, Seoung Sen Karona—a spokesman for the Cambodian rights group Adhoc—said however that Tuy Sros’ body bore multiple bruises when it was released for burial.

“Witnesses said that military police had assaulted Tuy Sros again and again until he died,” Seoung Sen Karona said. “We will continue to monitor this case, and we call on the authorities to investigate it thoroughly.”

Released on Jan. 3, detained protester An Ruon said that he too had been beaten by police while in custody and was a witness to the repeated assaults on Tuy Sros, who had been handcuffed and kicked in the ribs “until he screamed for mercy.”

“He was also choked, and they covered his mouth to stop his screams,” he said.

“He screamed all through the night, and they finally took him to another place, but they kept beating him until he lost his memory,” he said.

Also speaking to RFA, Him Kiri—another detainee who was later released—said that police had been angered by Tuy Sros’ continued screams, which they said were disturbing other detainees in the jail.

Finally, police ordered drug addicts held in the cells to beat Tuy Sros themselves, he said.

“I saw a military policeman order the assault,” he said, adding, “He told them to beat him to death.”

“I begged them not to hurt him, but no one listened. It was very brutal. They treated us as if we were thieves or rapists or other [common] criminals.”

And on January 7 they celebrated the victory over the brutal murderous KR who showed no mercy to Cambodian people.

If it happened as stated by the hands of the police then finally by the encouragement of the other prisoners then they should cancel the January 7 celebrations as being premature.
Top

HE orders arrests of officers who beat land activists
15 January 2020
Prime Minister HE on Tuesday ordered national military police commander Sao Sokha to find and arrest the people who beat five land activists in detention in Banteay Meanchey, leading to the death of one man on Jan 1.

According to the activists, Tuy Sros, 34, and four others were arrested on Dec. 28 while protesting in front of the provincial hall over a land dispute. They were allegedly beaten during their detention at the provincial military police headquarters. On Jan. 1, Sros died while being transported to a hospital.
“If it is true, the people who beat someone, causing death, must be arrested and punished,” HE said. “We cannot accept this case.”

According to a complaint sent by three of the surviving detainees to rights group Adhoc on Jan. 10, military police officials kicked and beat all five from their arrests until Dec. 30. They were sent to the provincial court on the 31st and moved to the provincial prison, it says.

“Those provincial military police officials, including Sar Bunthoeun, deputy military police commander of Banteay Meanchey province, kicked and beat us,” the complaint says. “On Dec. 29, from around 8 p.m. until 2 a.m. on Dec. 30, the drug rehabilitation group, under Chhoy Ratana, beat Tuy Sros until he was unconscious three times and around 8 p.m. on Dec. 30, they beat Sros unconscious three times again.”

The complaint, which seeks legal help from Adhoc, adds that the three activists are demanding $600,000 total in compensation.

Nov Noeun, 62, one of the surviving activists, said on Wednesday that he had lost three teeth at the hands of military police officers. “A military police officer kicked my stomach three times and punched my mouth,” he said.
https://cambojanews.com/hun-sen-orders- ... activists/
Cambodia Expats Online: Bringing you breaking news from Cambodia before you read it anywhere else! 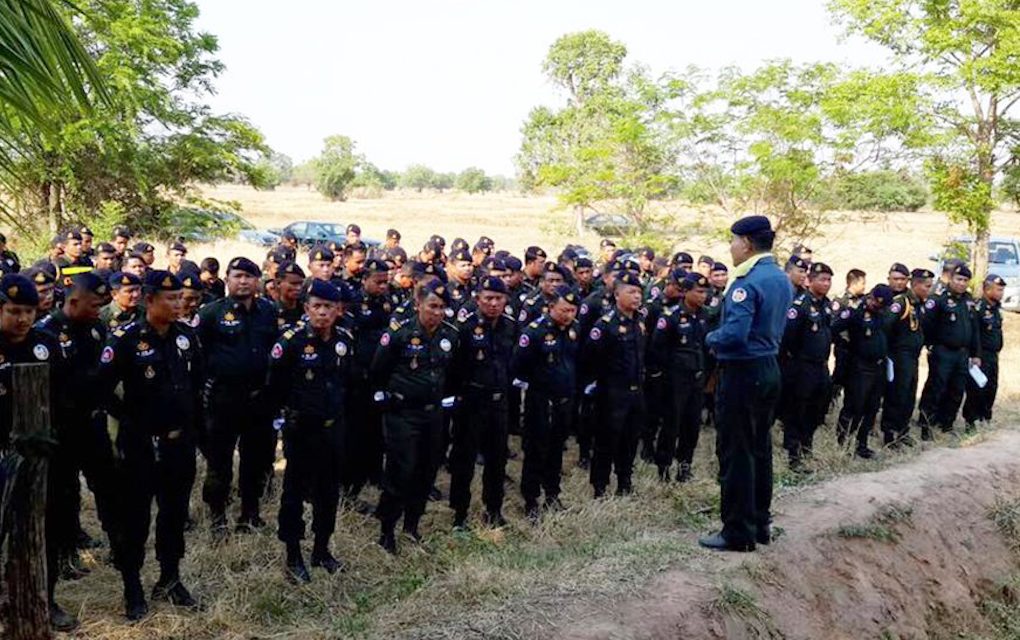 Military police officers in Banteay Meanchey province are being questioned in regards to the alleged torture of five detained land activists, one of whom died this month while in custody, the military police spokesman said on Wednesday.

Eng Hy told VOD that none of the officers suspected of committing violence against the activists had been arrested.

Hy declined to say how many officers were being investigated.

Three of the four surviving detainees — An Ruon, Nov Noeun and Him Kiry — earlier told VOD that they were beaten at the Banteay Meanchey provincial military police headquarters alongside fellow detainees Tuy Sros, the 34-year-old man who later died while being transported from prison to a hospital, and Yib Mak.

The five activists were “handcuffed and pushed into a car, and beaten, and pushed, necks twisted and beaten in the face,” Noeun said on Sunday.

The deputy provincial military police commander, Sar Bunsoeung, had ordered his subordinates to beat all five for answers, according to Ruon. Noeun and Kiry made the same claim.

“They beat me repeatedly, bleeding all over my head. I got a cut on my eyelids from the beatings. They kneed me, kneed on the spine and dragged and beat me on the head, and then put a helmet on me, then dragged and twisted my neck,” Ruon had recalled to VOD.
https://vodenglish.news/military-police ... cial-says/
Cambodia Expats Online: Bringing you breaking news from Cambodia before you read it anywhere else!

Well, the instructions from Ironman are quite clear.

If indeed any officer is involved, the outlook is grim indeed.
Top

If indeed any officer is involved, the outlook is grim indeed.

You are joking right?
Top

If indeed any officer is involved, the outlook is grim indeed.

You are joking right?

It's no laughing matter.

As an aside - we see the murder involving an officer from Brigade 70.

My friends were his subordinates in real-life. They live three houses away.

Do you think he won't be arrested by them - immediately - on sight.

He wasn't in "police" custody though, he was in military custody. Only a small proportion of the Gendarmerie are actual "Military Police".
Silence, exile, and cunning.
Top

If indeed the officers involved are guilty the punishment is extremely severe.

One officer I knew (who shall remain nameless), even married to the daughter of a 2 star in a famous unit and serving in that unit himself committed a fairly serious crime (not murder or any physical violence stuff).

Stripped naked, strung up, whipped with small diameter wire by every guy in the unit.