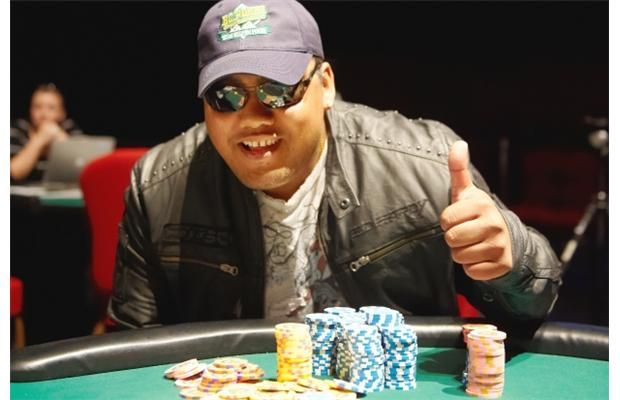 Sophon Sek was just a young child when he came to Canada from war-torn Cambodia.

But now, the 39-year-old B.C. gangster convicted of helping the Surrey Six killers has agreed to return to the country he left more than 30 years ago.

An Immigration and Refugee Board member ruled Monday that Sek should remain in custody until the Canada Border Services Agency can secure travel documents for his return to Southeast Asia.

Sek was granted statutory release on Sept. 27 after serving two-thirds of his almost six-year sentence for trafficking, firearms offences and break and enter.

The break and enter count was in connection with his role in aiding Red Scorpion gang killers into Surrey’s Balmoral Tower on Oct. 19, 2007, where they murdered six people, including two bystanders.

Sek was originally charged with manslaughter in the Surrey Six slayings, but pleaded guilty to the lesser count and got a year added on to his sentence for unrelated gun and drug offences.

After his release from a prison in Atlantic Canada, Sek was immediately transferred into the custody of the immigration board since a deportation order had been issued against him while he was serving his sentence.

And rather than fight the order, Sek told board member Cristian Jadue that he wanted to return to Cambodia, a country he has not visited since arriving in Canada with his family in 1986.

Jadue, who is based in Montreal, conducted Sek’s detention hearing by telephone Monday. Postmedia was able to listen to the hearing.

Sek said he had not retained a lawyer and had no evidence to present.

Canada Border Services Agency officer Michel Gallant told Jadue that the federal government issued a “danger opinion” for Sek, meaning the Canadian public would be at risk if he stayed in the country.

“The minister is recommending that the preventative detention of Mr. Sek continue until removal,” Gallant said. “The minister submits the reason for the danger opinion was clear and very concerning — his involvement in the drug trafficking as well as possession of weapons. The only impediment for Mr. Sek to be removed is the issuance of the travel documents.”

A Canadian official has met with a Cambodian counterpart to try to get a travel document, Gallant said. But so far, none has been issued.

Jadue agreed that Sek should remain in custody as both a danger to the public and a flight risk.

He said Sek’s only release plan involved returning to B.C. to stay with family pending his deportation. And that would put the general public at risk if he was targeted by a rival gang.

Jadue also ruled last week that Sek should remain in detention. In the earlier decision, Jadue noted that Sek’s mother applied for Canadian citizenship in 1995, but that he “never appeared in front of Canada Immigration and Citizenship back at (that) time. So this was deemed abandoned.”

Then in 2008, months after the Surrey Six murders, Sek “again applied for citizenship.”

“In July 2016, it was again deemed abandoned when you failed to appear for a final hearing on your application,” Jadue said.

An earlier parole ruling said that Sek ended up in foster care as a teenager.

“You dropped out of school in Grade 9, indicating you were being discriminated against due to your ethnicity, and you ran away from the foster care home. You found acceptance living on the street with a negative peer group, engaging in illicit activities to sustain your lifestyle. You claim to have engaged in drug trafficking to support your own family as you had little employment history.”
https://vancouversun.com/news/crime/imm ... eportation
Cambodia Expats Online: Bringing you breaking news from Cambodia before you read it anywhere else!