In Phnom Penh, Cambodia, Mason drives a typical Tuk Tuk around the city. He stays with a tuk tuk driver, who lives in one of Cambodiaâ€™s slums and acts as Masonâ€™s guide around the hectic Cambodian road system.

I just watched this show. A London cabbie freaks out driving in PP. Interesting sights and insights. He lives with the Tuk-Tuk's family. His next shows take him to the Canadian Arctic and Fiji to drive Cabs.

I drove cab in the American Arctic. It was fun as Nome had the only alcohol and live music for a thousand miles in any direction. I made tons of money, but spent it all on wine, women and song (the rest I wasted.) BTW/ The people on the TV show Bering Sea Gold are idiots and the people in Nome are probably embarrassed that they are on TV representing Nome.
Top

Sailor, This reality show was not "sappy" as the guy interviewed protesters, lampooned the Gov and spoke about the history.

I'm sure you have some great stories about the North. The only reality show in Alaska that interested me was the Pilot with the Hot daughter.
Top

Milord: Any reality show about Alaska tends to fall flat on its face if you've actually been there. Its a place that is larger than any entertainment show can try to explain. Yes, the show with the Era pilot/owner with the hot daughter was a cut above the rest. (I've flown on Era) Bush flying is sometimes death defying and if nothing else fun. As to the hot daughter. She is half eskimo and I've tried to tell people that there are some really good looking eskimo girls, but they always forcus on the fat ones they see in movies. There are eskimo girls I could bring to Cambodia and put next to a Cambo stunner and you wouldn't know which one was from where until they spoke.

Also cabbys have a rough life no matter where they are driving. Its long shifts dealing with other peoples problems for short periods of time while transporting them, always the fear of robbers and a percentage of drunks and crazys, but the time I spent as a cabby I wouldn't trade for the world.
Top

Well I look forward to the next cabbie episode.
Top

I heard from an Alaskan guy that Eskimos prefer to be called Innuit. True? If so, why?
Jesus loves you...Mexico is great, right?

vladimir wrote:I heard from an Alaskan guy that Eskimos prefer to be called Innuit. True? If so, why?

I suspect there's a pun on the way...
Bodge: This ain't Kansas, and the neighbours ate Toto!
Top

vladimir wrote:I heard from an Alaskan guy that Eskimos prefer to be called Innuit. True? If so, why?

Vlad in Canada the Northern Natives use their native Name "Inuit".


Eskimo (or Esquimaux in French) is a term for the indigenous peoples who have traditionally inhabited the northern circumpolar region from eastern Siberia (Russia), across Alaska (United States), Canada, and Greenland.[1][2][3]

The term "Eskimo" is used, particularly in Alaska, to include both Yupik and IÃ±upiat.[1] In Canada and Greenland, the term "Eskimo" has fallen out of favor as it is considered by some to be pejorative and has been widely replaced by the term "Inuit," "Alaska Natives," or other terms. Alaska Natives refers to all indigenous peoples of Alaska, including indigenous peoples of the Pacific Northwest Coast and the Dene.

While the term "Eskimo" is sometimes considered offensive,[4][5] it is not, in its linguistic origins, a fundamentally offensive word.[6] Alternate terms for American Eskimos, such as Inuitâ€“Yupik, have been proposed,[7] but none have come into widespread acceptance within the United States. Two main groups have historically been referred to as Eskimos by outsiders: the Yupik and Inuit. A third group, the Aleut, is closely related.

The two main peoples known as "Eskimo" are the Inuit of northern Alaska, Canada, and Greenland and the Yupik of Central Alaska and Siberia. The Yupik comprise speakers of four distinct Yupik languages: one used in the Russian Far East and the others among people of Western Alaska, Southcentral Alaska and along the Gulf of Alaska coast.

The Canadian Constitution Act of 1982, sections 25[8] and 35[9] recognized the Inuit as a distinctive group of aboriginal peoples in Canada. 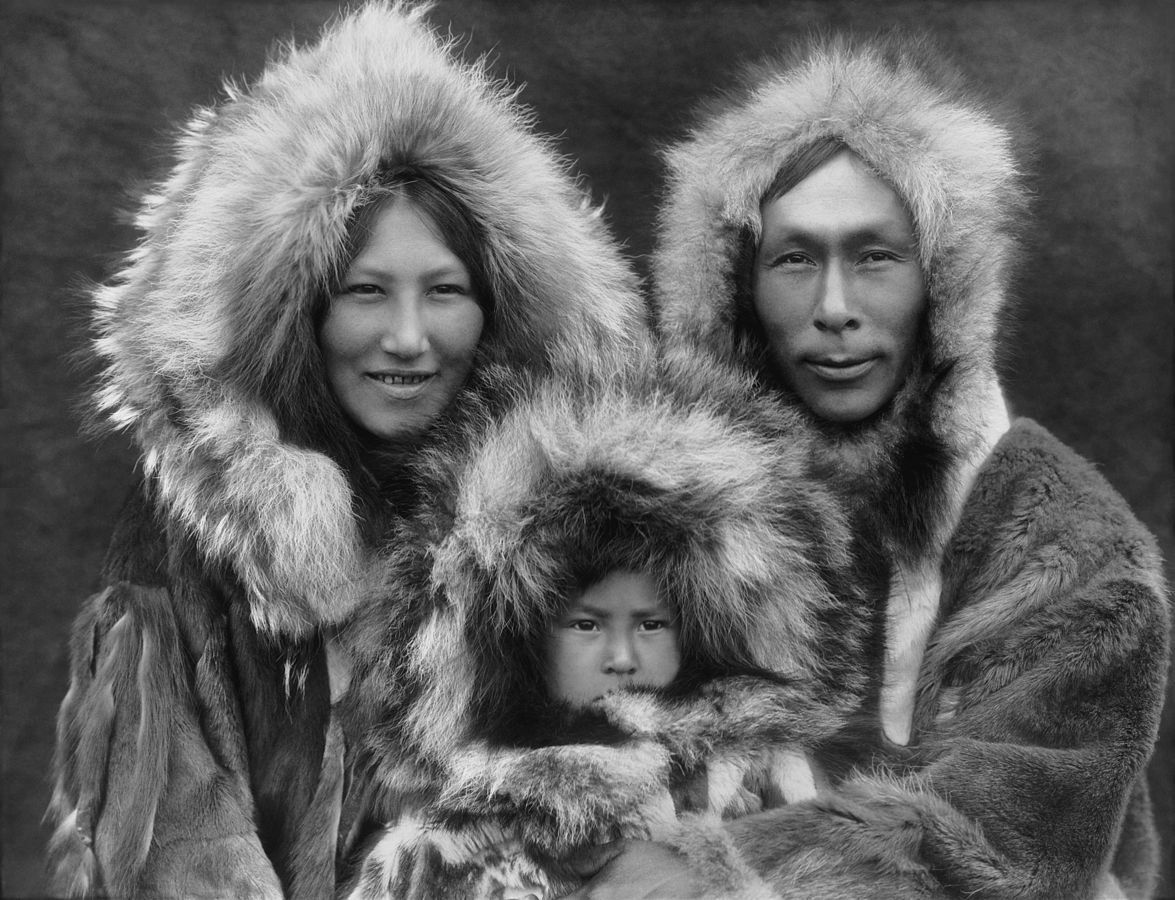 Most of the people I knew in the Alaskan Arctic area who where of native-American decent called themselves Eskimos. There were three main language/tribal divisions in the Alaska Arctic area were I was at. It was Yupik, Siberian Yupik and Inupiat. I could never figure out the difference as I only spoke a few sentences of the language, but it was big to them. BTW/ You really want to piss an Eskimo off, call him/her an Aleut (Aleutian Island/Chain native) or Athabascan (Inland Alaska native). (I knew an Aleut girl and I would put her up against any Cambo stunner in the looks department, except she spoke English and gave away free what the Cambo girls charge for.)