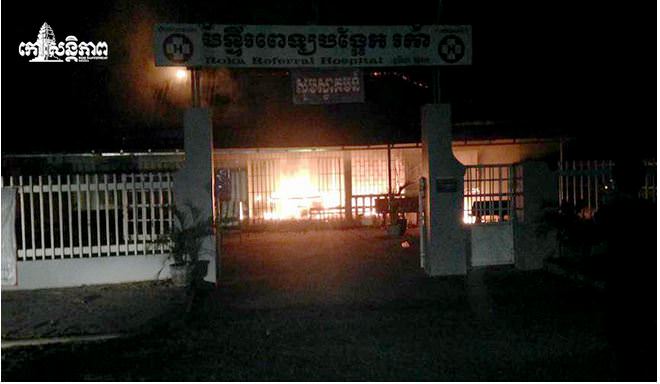 Battambang: A heavy blaze caused the firemen some problems on January 7, 2018, at 11:30 pm, when a fire broke out at the very small Roka Referral Hospital located in Roka Village, Roka Commune, Sangke District, Battambang Province. 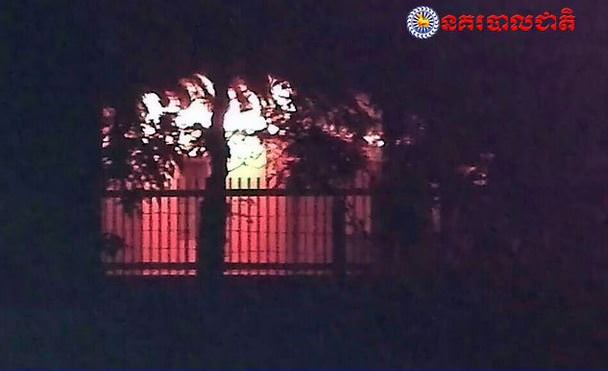 Three fire engines were called to the scene, and eventually the fire was mastered. Fortunately, no one was hurt, but the resulting material damage is estimated at $50-60,000. 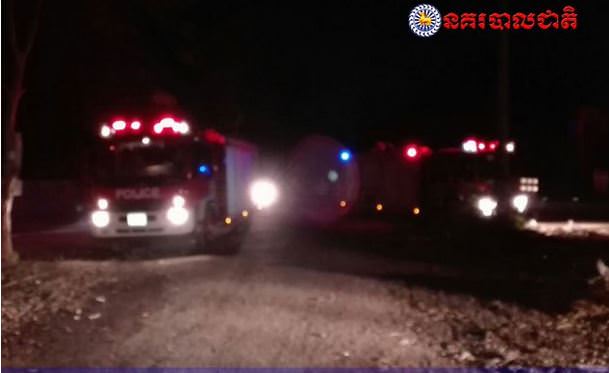 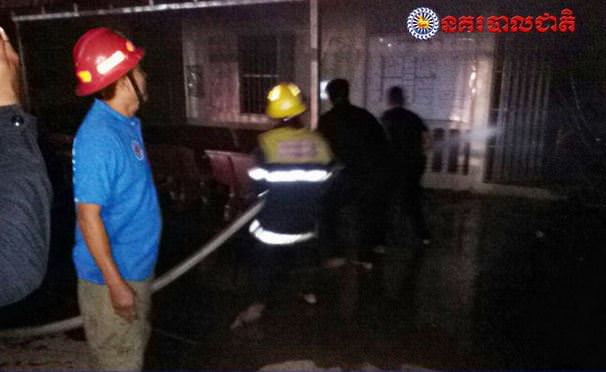 Authorities believe that the fire was caused by an electrical fault, probably from a short-circuit of the drug and vaccine refrigerated storage unit. 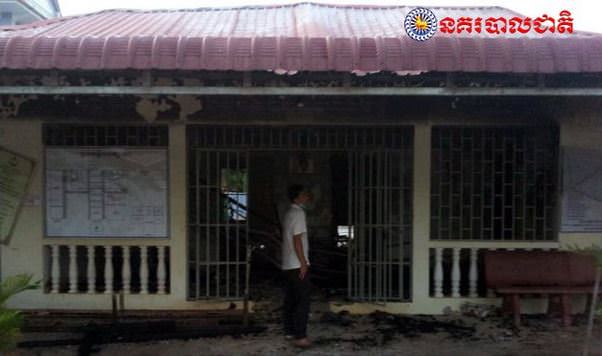 Re: Battambang Hospital destroyed in fire

The fire occurred at Roka commune, Battambang, where the infamous HIV contamination scandal, caused by a local quack, took place in 2014. 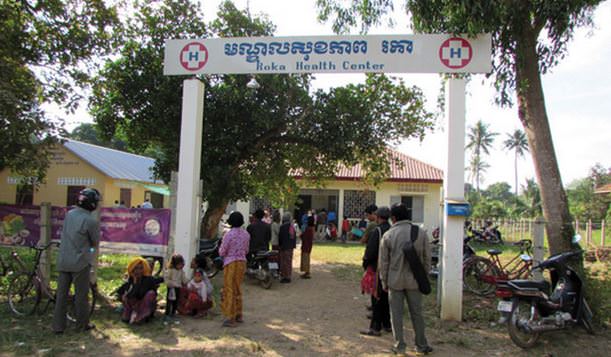 Roka health centre burns
9 January 2018
A health centre in Battambang province’s Roka commune, where a massive HIV outbreak occurred three years ago, caught fire on Sunday night, resulting in about $60,000 in damages.
Roka commune chief Sim Pov claimed the fire was caused by an electrical failure and said no one had been injured.

“All materials including medicines were burned but nobody died,” she said, referring to the fire, which occurred in one of the health centre’s two buildings.
By Beng Sor, the heath centre’s director, said HIV medicine had not been affected by the blaze, but other medicines and materials were completely destroyed.“Vaccination medicine for HIV patients was not affected because it is kept in another building,” he said.

He added that the fire burned about 80 percent of the centre’s old building, completely destroying materials such as computers, printers and some medicine. Mr Beng Sor said the preliminary cost of damage was about $60,000.

Nearly 300 residents of two villages in Roka commune tested positive for HIV in November and December 2014 and January 2015.
An investigation into the outbreak found that unlicensed medical practitioner Yem Chrin, who had been practising medicine in Roka village since the early 1990s, was to blame...
http://www.khmertimeskh.com/50100772/ro ... tre-burns/
Cambodia Expats Online: Bringing you breaking news from Cambodia before you read it anywhere else!

Re: Battambang Hospital destroyed in fire

- Records for one out of every three HIV patients were lost this month when a fire destroyed computers at Battambang province’s Roka referral hospital, which is located in an area hit by one of Cambodia's worst HIV outbreaks in recent memory.

Eng Samnang, director of the Roka referral hospital, said that on January 7, one building at the hospital housing equipment and vaccinations was destroyed by a fire caused by an electric malfunction.

Samnang said no HIV medication was lost during the fire, but some patients’ records were lost when the computers were consumed. The records consist of the patients’ identities, home addresses, medication, medical history and patient progress. According to Samnang there are currently 266 patients in Roka commune.
http://www.phnompenhpost.com/national/p ... v-outbreak
Cambodia Expats Online: Bringing you breaking news from Cambodia before you read it anywhere else!