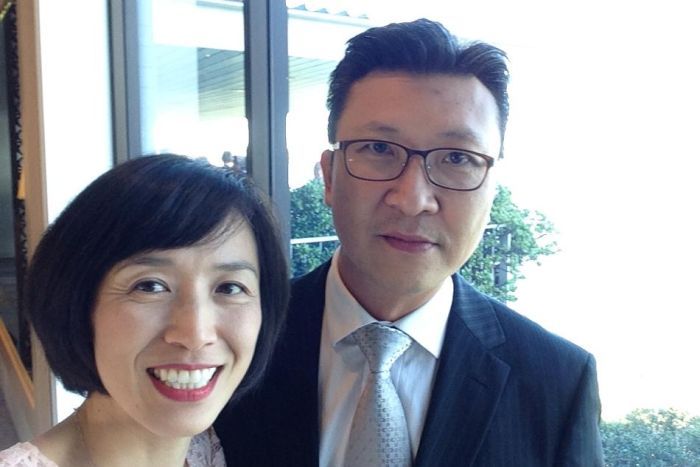 Photo: Martin Chan and wife Deborah Kim
An Australian Christian missionary is being held in a Cambodian prison over a legal dispute involving a charity-run school project he volunteered for, and a local construction company.
Key points:

Australian Martin Chan has been in a Cambodian prison since November 2019
He was detained over a dispute with a local construction company
The missionary was trying to build a school in Cambodia, but ran out of money

Forty-nine-year-old Martin Chan was arrested and jailed in November as he and his wife Deborah Kim were boarding a flight to visit family in Hong Kong.

The couple met studying in Sydney in the early 1990s and have lived in Cambodia for seven years, spending most of their time working as Christian missionaries for a Korean charity called His Child.

Mr Chan is facing criminal charges related to a failed school project he managed as a volunteer for His International Services, a Christian non-profit company set up to facilitate the build.

Money for the school ran out and the project folded in 2016.

Now, a criminal case claims the building contract was terminated without reason, and names Mr Chan and the director of His

"It's just unreal," his wife, a Sydney-trained optometrist, told the ABC.

"If Martin did something wrong, then I can understand, but he hasn't done anything wrong, yet he's in jail. I never ever imagined anything like this."

Mr Chan is sharing a crowded jail cell with 90 other inmates at the Kandal Provincial Prison, south of Phnom Penh.

Although he is yet to face trial, he shares the space with other prisoners convicted of serious offences like rape and violent crimes.

The cell is so small that inmates sleep shoulder to shoulder, and many are forced to sleep on the ground.
Full article: https://www.abc.net.au/news/2020-01-31/ ... e/11907404
Cambodia Expats Online: Bringing you breaking news from Cambodia before you read it anywhere else!

Makes me wonder what the criminal charges were. I would have thought is would be a civil dispute .
Cambodia,,,, Don't fall in love with her.
Like the spoilt child she is, she will not be happy till she destroys herself from within and breaks your heart.
Top

Duncan wrote: ↑Fri Jan 31, 2020 8:52 am Makes me wonder what the criminal charges were. I would have thought is would be a civil dispute .

I would have thought the truth would be a defense against charges of slander or libel. It is not in much of Asia and SEA.
You could be next.
Top

Wife of jailed Australian seeks justice
06 February 2020 | 23:11 ICT
As an Australian Christian missionary jailed on fraud charges awaits an Appeal Court verdict on Friday over his possible bail, his distraught wife has lashed out at the private contractor responsible for the litigation, claiming it spuriously accused her husband after losing multiple civil cases.

Martin Chan King Wai was charged in December 2018 with fraud in relation to a school project in Kandal province’s Takhmao town.

In February 2016, Chan – who then represented the charity His International Services (His) – halted the project due to a lack of funds.

Deborah Kim, his wife, told The Post on Thursday that PHV then sought retribution through civil cases which it lost all the way up to the Supreme Court.

Dissatisfied, she claimed the company then filed a vindictive criminal complaint against her husband, leading to his detention in November last year.

“PHV lost the civil case which was decided at the Supreme Court, so the company sued again in the Kandal court and made it into a criminal case without evidence. Even the prosecutor wants to release him, but the judge detained him even though the court doesn’t have any evidence of the fraud charge,” she said.

Kim claimed PHV had initially agreed to the termination but later took the case to the National Arbitration Centre and lost because His International terminated the contract following Cambodian law.

She said PHV appealed all the way to the Supreme Court and again lost, after which it filed the fraud complaint claiming the contract was terminated “without reason”, which she stressed is false.

His International, she said, notified PHV that the contract needed to be terminated because of a lack of funding – not without a reason.

“Martin did not avoid the court summon as the court claimed. He appeared at the court to give his statement in 2018 and applied for delay of hearing in February last year as he needed time to collect more evidence to show that he is not the owner of His international.

“The court never replied and just issued a warrant which the court never delivered to our lawyer or Martin. My husband was a non-salaried volunteer and he resigned from His international in November 2017. Yet PHV took him to court claiming that he is the owner of His international company,” Kim stressed.
https://www.phnompenhpost.com/national/ ... ks-justice
Cambodia Expats Online: Bringing you breaking news from Cambodia before you read it anywhere else!

UPDATE: The missionary, Martin Chan, is out on bail, but the case against him is on-going.

Aussie missionary on bail in Cambodia – but not yet free
Meanwhile, his gospel work continues
Rebecca Abbott | February 19th, 2020 04:53 PM 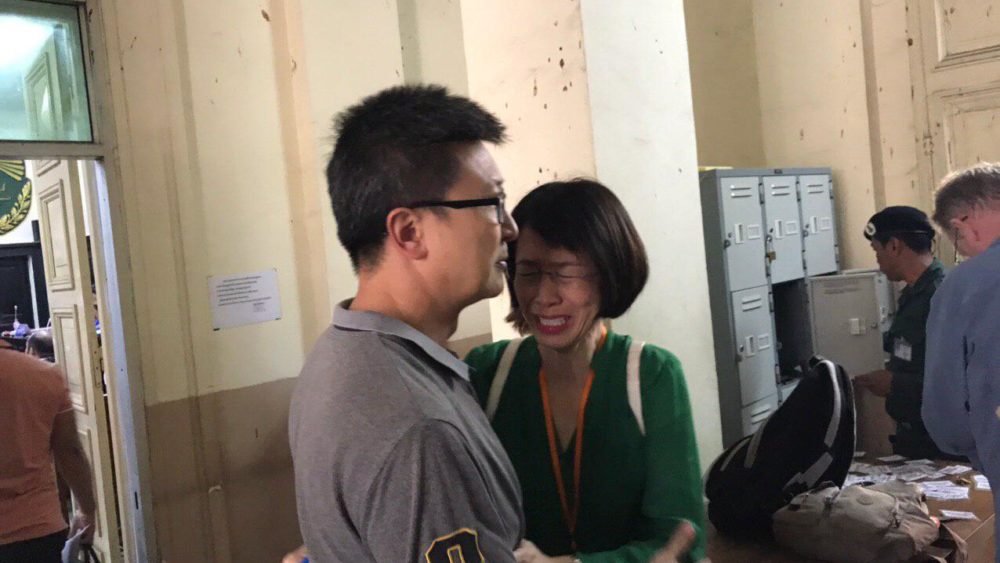 Australian missionary Martin Chan is back in his Cambodian home with his wife Deborah Kim. It’s been 12 days since he was granted bail from the cramped prison outside the capital of Phnom Penh where he spent the past three months.

“It is really by God’s grace because initially, on July 4 when I was at the appeal court going through the hearing, the situation and the atmosphere made me feel that they were going to decline my bail,” Chan shares with Eternity. It was his third bail appeal.

Chan continues: “On February 7, when they announced the result – the verdict – it was a big surprise for me … I was very relieved and realised this is God in control of everything.”

Chan and Kim have been working as missionaries in Cambodia for the past seven years, after leaving their home in Sydney’s north-west, where they attended Sae Soon Presbyterian Church, North Rocks.

Chan was imprisoned on fraud charges in November 2019 following the financial collapse of a school building project he was involved in, with Christian charity His International Services (HIS). The Cambodian construction company, PHV, filed a lawsuit against Chan and HIS director Jung Young Kim for halting the construction project “without a reason”. While Chan was only a volunteer, he had been appointed as a director and chairman of HIS.

In 2017, the case went to the National Commercial Arbitration Centre (a civil tribunal) and HIS was cleared of wrongdoing.

“The arbitration actually went through the appeal court and the supreme court, and both courts actually upheld the decision by the arbitration,” Chan explains.

“Within the arbitration award, there were two points saying that they did not find any fraud committed by HIS International against the company PHV. So that means the appeal court and the supreme court actually agreed that was the case.”

But then PHV brought criminal charges against Chan and Jung Young Kim. Chan – who left HIS after the arbitration – says he has not heard from Jung Young Kim since late 2018 when she returned to her home country of Korea, leaving Chan to face the case on his own.
Eternity News, Facebook.
Cambodia Expats Online: Bringing you breaking news from Cambodia before you read it anywhere else!

How do you make this claim?
Top

How do you make this claim?

Big'n ,,,,, You want to win the stupid prize ?
Cambodia,,,, Don't fall in love with her.
Like the spoilt child she is, she will not be happy till she destroys herself from within and breaks your heart.
Top
Post Reply Previous topicNext topic
18 posts