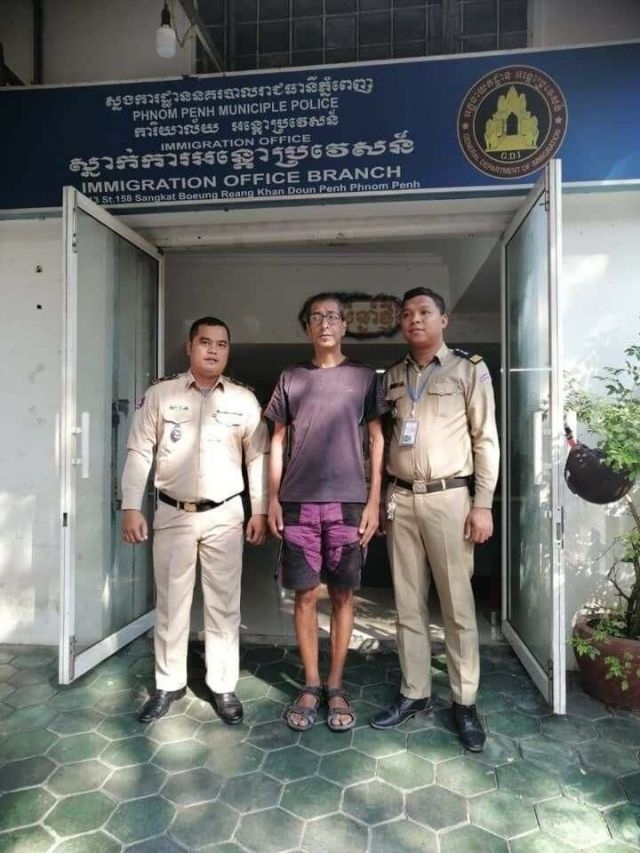 Cambodia News, Phnom Penh: On 7 January 2020, a foreign man, identified as 54-year-old Australian MARK JEFFERSON THOREN , came to the office of the Commissioner of Immigration and Naturalization in Phnom Penh requesting that the authorities help him to return to his country of origin.
At the moment, he has no job, no money, and no visa.

The Australian man told the immigration police that he entered Cambodia at the Bavet border crossing from Vietnam on 18 January 2018. He got a job as a teacher, but now that he has lost his job, he is sleeping outside in the streets and has no money for food. He has overstayed his previous visa by four months and 24 days because he didn't have enough money to renew the visa, and he does not have the means to return to Australia.
The man's case has been submitted to the Department of Investigation and Procedure of the Immigration Department for further implementation of the law.
Cambodia Expats Online: Bringing you breaking news from Cambodia before you read it anywhere else!