The news of possible sanctions against 4 members of the Under-23 Australian football team for bad behaviour whilst in Cambodia in March has only just reached the public domain, but the "bad behaviour" itself is still under wraps. Any ideas ?

Four top young Australian players face sanctions after a big night out in Cambodia
The players are members of the under-23 'Olyroos' team
The incident has only just come to light because it took months to investigate, due to its "complexity"

McGree, who has recently signed a three-year contract with Adelaide United, is captain of the national under-23 side.

The show-cause process — which provides the players with an opportunity to respond to the FFA's findings — follows an ABC investigation that uncovered a complaint lodged earlier this year to Sport Australia, the nation's rebranded sports commission, through a freedom of information enquiry.

The four players, members of Australia's under-23 'Olyroos' team, were in Phnom Penh at the end of March as they sought qualification for next year's Olympics.

The young players may be in breach of the FFA code of conduct, which requires players to:

At all times behave in a manner that promotes and upholds the highest standards of integrity, dignity and professionalism;
Comply with any team protocol and procedures, including in relation to alcohol, curfews and inappropriate relationships; and
Not act in a manner contrary to the best interests of the team.

The FFA has not confirmed the precise nature of the four players' behaviour, the findings of its investigation, or what prompted the Sport Australia complaint.

The night out came after Australia blew a two-goal lead to draw with South Korea in its final match of the tournament in March.
'Complex' investigation

The incident has only just come to light because it took months to investigate, due to its "complexity", the FFA told the ABC.

Socceroos coach Graham Arnold speaks to the media:
https://video.news24.com/show/173179
Cambodia Expats Online: Bringing you breaking news from Cambodia before you read it anywhere else!

There doesn't seem to be much info about what went on. Maybe they got drunk and went to a hostess bar and acted a bit silly or what? We need more context.
Silence, exile, and cunning.
Top

Apparently, some of the team got involved in a tiff /stair- down at The Corner bar at beginning of the morning .
"The Truth ,The whole truth " & nothing but the T R U T H ,Galbelly for the Defense.

But i heard you started it Mark, or ended it, or were right in the the guts of it anyway - one way or another..
But that wouldn't be true, would it? a bloke like you.

On a serious note Mark - you could have a serious scoop here, if you find more hard details.
The Oz media is itching to know more, and the FFA is saying sweet FA.
Top

Olyroos quartet face hefty bans over conduct in Cambodia
The Olyroos quartet involved in an incident at their team hotel while on international duty in Cambodia back in March face being banned for January’s final phase of qualification for the Tokyo 2020 Games.
Updated Updated 7 hours ago
By Dave Lewis

Skipper Riley McGree and green and gold teammates Lachlan Wales, Nathaniel Atkinson (both of Melbourne City) and Perth Glory’s Brandon Wilson are facing suspension from international competition for in excess of three months, with a final decision from FFA set to be handed down after Thursday’s AGM in Sydney.

The foursome were issued “show cause” notices by the ruling body in October after allegations leveled over their conduct on the final night of their stay in Phnom Penh.

Their responses are expected to be delivered to FFA this week.

Whilst the specifics of the incident cannot be revealed at this point because of the legal ramifications, it is thought to highlight several cultural issues and the penalties set to be handed down reflect how seriously FFA are taking the matter.

All four players were omitted from the Olyroos squad currently in China on a three-game tour, and it’s understood coach Gary van Egmond has been told to prepare for January’s AFC U-23 Championship without them in mind.
https://theworldgame.sbs.com.au/olyroos ... n-cambodia
Cambodia Expats Online: Bringing you breaking news from Cambodia before you read it anywhere else! 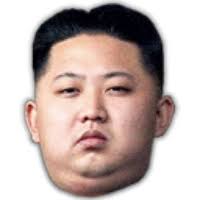 Apparently, some of the team got involved in a tiff /stair- down at The Corner bar at beginning of the morning .

Saw an article there was an incident at their team hotel. Hopefully we'll know more on Thursday after the AGM. Unsure why it's taken 6mths to investigate.
Top

They got into a fight with 10 tuktuk drivers that didn’t run because they didn’t see PIEMAN.
Top

Jokes about Pieman aside, the sanctions handed down today were severe. They'll miss the final Olympic Qualifiers in January and should they progress, some will miss the Olympics.

Football Federation Australia (FFA) today announced it has imposed sanctions on Nathaniel Atkinson, Riley McGree, Lachlan Wales and Brandon Wilson for breaches of clauses 2.1 and 6.1 of the FFA National Code of Conduct (the Code of Conduct).

The sanction imposed on Atkinson, Wales and Wilson is as follows:

1. Ineligibility to participate in national team duty until 10 August 2020; and
2. Participation in education courses and counselling as directed by FFA.

The sanction imposed on McGree is as follows:

3. Ineligibility to participate in national team duty until 1 April 2020; and
4. Participation in education courses and counselling as directed by FFA.

The sanction follows a finding that the Players have engaged in conduct in breach of the Code of Conduct during the AFC U-23 Championship qualifying tournament in Cambodia in March this year. Specifically, the FFA Board found that the players engaged in unprofessional conduct.

The matter came to the attention of FFA in April 2019 following a complaint by a woman. FFA initiated an independent investigation shortly after the complaint was received and due to its complexity, the investigation took months to complete.

The FFA Board considered the findings of the investigation in early October 2019 and subsequently determined to initiate its Code of Conduct process, which involved providing each Player with the opportunity to make submissions to FFA on the alleged breaches of the Code of Conduct. FFA considered those submissions, including submissions made by Professional Footballers Australia, in reaching its determination which was communicated to the Players today.

Speaking on behalf of the FFA Board following the determination, FFA Chairman Chris Nikou said:

“These sanctions are commensurate to the nature of the breaches of the National Code of Conduct which is in place to safeguard both the players and the reputation of Australian football.

“Upholding our commitment to respect and responsibility cannot be compromised. Our game is built on equality, inclusivity and respect and these are values that we will continue to uphold. The players have understood the gravity of their actions and have positively commenced respectful relationship programs that will ensure they appreciate these values in the future.”

The Players were due to travel to China on 9 November as members of the national under 23 squad for matches in preparation for the AFC U-23 Championship to be held in January next year. As a result of the pending sanction, the Players did not depart with the squad.

Each Player can appeal FFA’s determination in respect of their sanction to the independent FFA Disciplinary and Ethics Committee if he chooses to do so. A subsequent appeal may also be made to the Independent FFA Appeals Committee.
Top
Post Reply Previous topicNext topic
21 posts