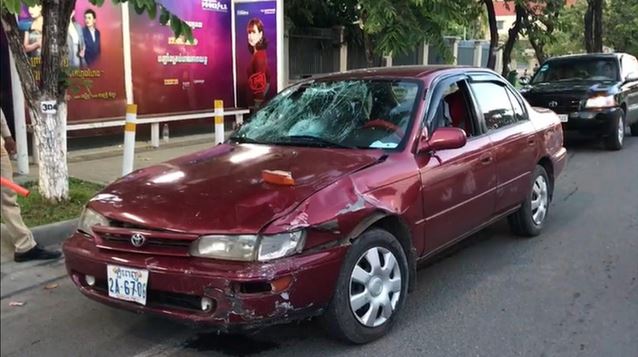 Phnom Penh, Cambodia News: This morning, on June 12, 2019, a fatal accident occurred between a Corolla car and a motorbike at 5:15 am along Norodom Boulevard, close to Chaktomuk High School, located in Chaktomuk commune, Daun Penh district. 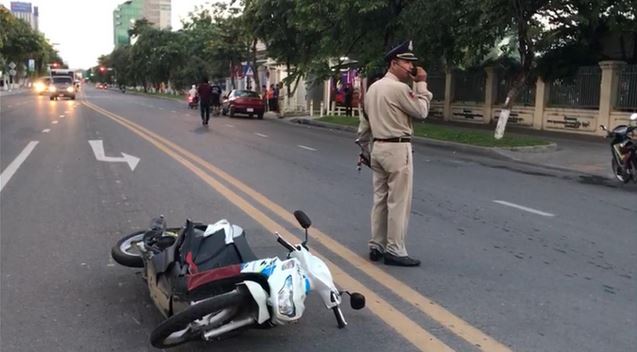 A 26-year-old woman named Chea from Battambang Province was killed outright and another victim, named Vic, a 25-year-old male, was seriously injured. Witnesses say that the car was speeding when it hit the motorcycle which was carrying the two victims. While the force of the accident was so strong that it sent the bike hurtling 50 meters down the road, the driver stopped the car outside the school and ran away on foot.
An ambulance was called for the victims, but it was too late to save the woman. Outraged citizens picked up bricks and stones and pelted the abandoned car, smashing all the windows.
Cambodia Expats Online: Bringing you breaking news from Cambodia before you read it anywhere else!