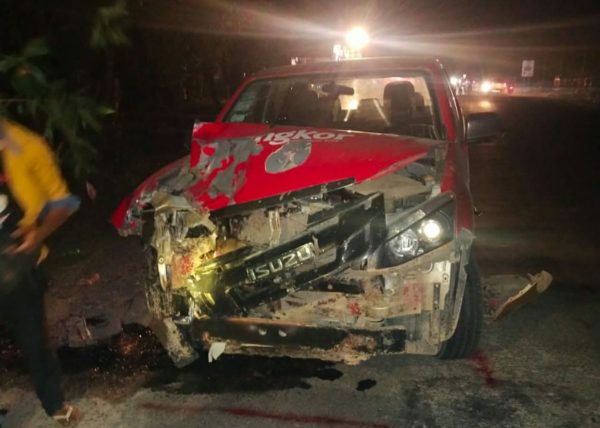 (September 26, 2019 3:54 pm)
Svay Rieng Province, Cambodia News: On September 25, 2019, on National Road 1 at Km 145-146 in the village of Samaki, Bavet City, Svay Rieng Province, an Angkor Beer pick-up truck and a motorbike collided head-on, causing one man to die at the scene, and another to be sent to an emergency unit at the hospital.
The impact of the accident killed the driver of the motorbike instantly, while the passenger was still alive but severely injured.According to law enforcement sources, the motorcycle victims were two young local men aged 18 and 21, factory workers.

The driver of the Angkor truck ran away from the accident scene, leaving the victims. When the police arrived,they took care of the victims, but one was already dead. Police also removed the two vehicles to the Bavet City Police Inspectorate to make a legal case for the coroner on the cause of death. 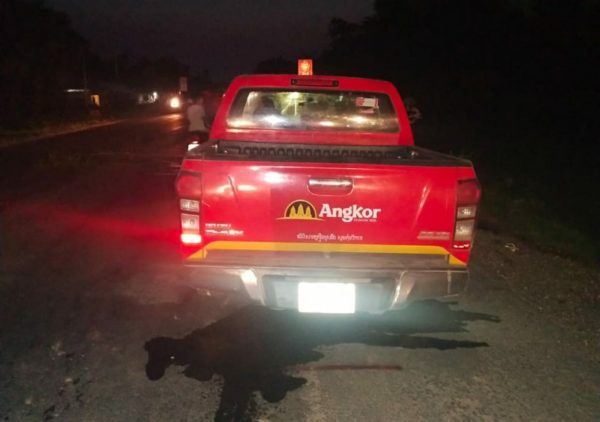 That looks one hell of a smash from a small moto.