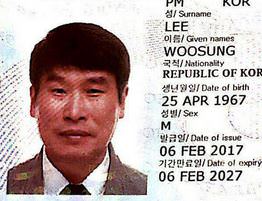 The police said the victim was a tourist who arrived in Cambodia on July 29, 2018. He was staying with his Cambodian girlfriend, Phan Sophan in Siem Reap. The victim's girlfriend said, around 5 am on 9 August, her boyfriend was taken to the hospital because he was feeling ill. He passed away shortly afterwards.

The police and Mr. Eth Chopcharoth conducted an autopsy, which determined that the victim died of blocked heart blood vessels. The police kept the body at the Royal hospital waiting for the decision of the family and the embassy. RIP.
Cambodia Expats Online: Bringing you breaking news from Cambodia before you read it anywhere else!