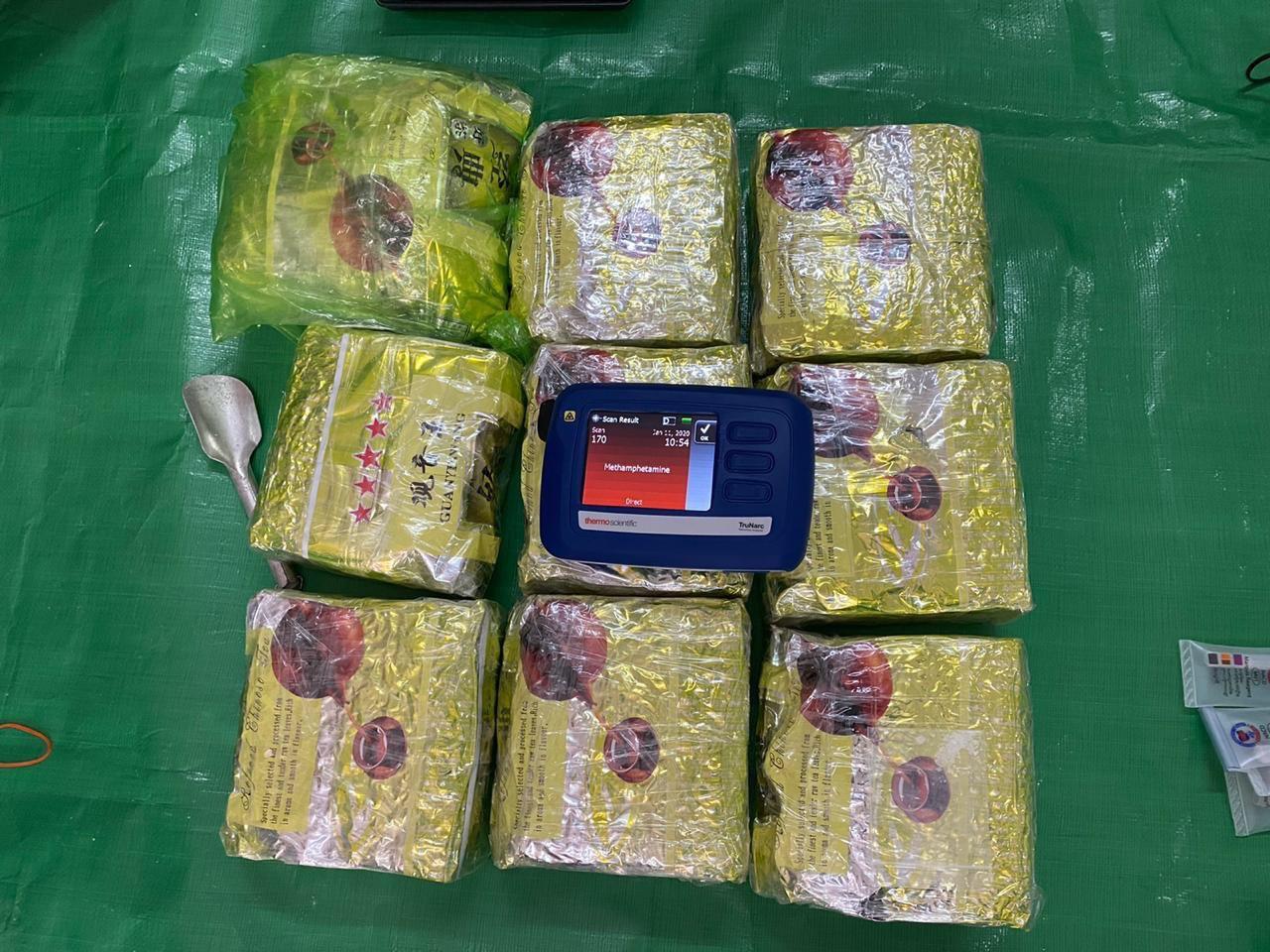 Cambodia News (Phnom Penh): Nearly 10 kilos of methamphetamine packed in 1kilo bags of Chinese tea were seized by the police authorities on January 10, 2020, at 04:30 pm. On the orders on the Phnom Penh prosecutor, the director of the Department of Anti-drug, Lieutenant Kheng Sarath, led the police force to crack down on suspected drug trafficking in a house in Khan Porsenchey, Phnom Penh. 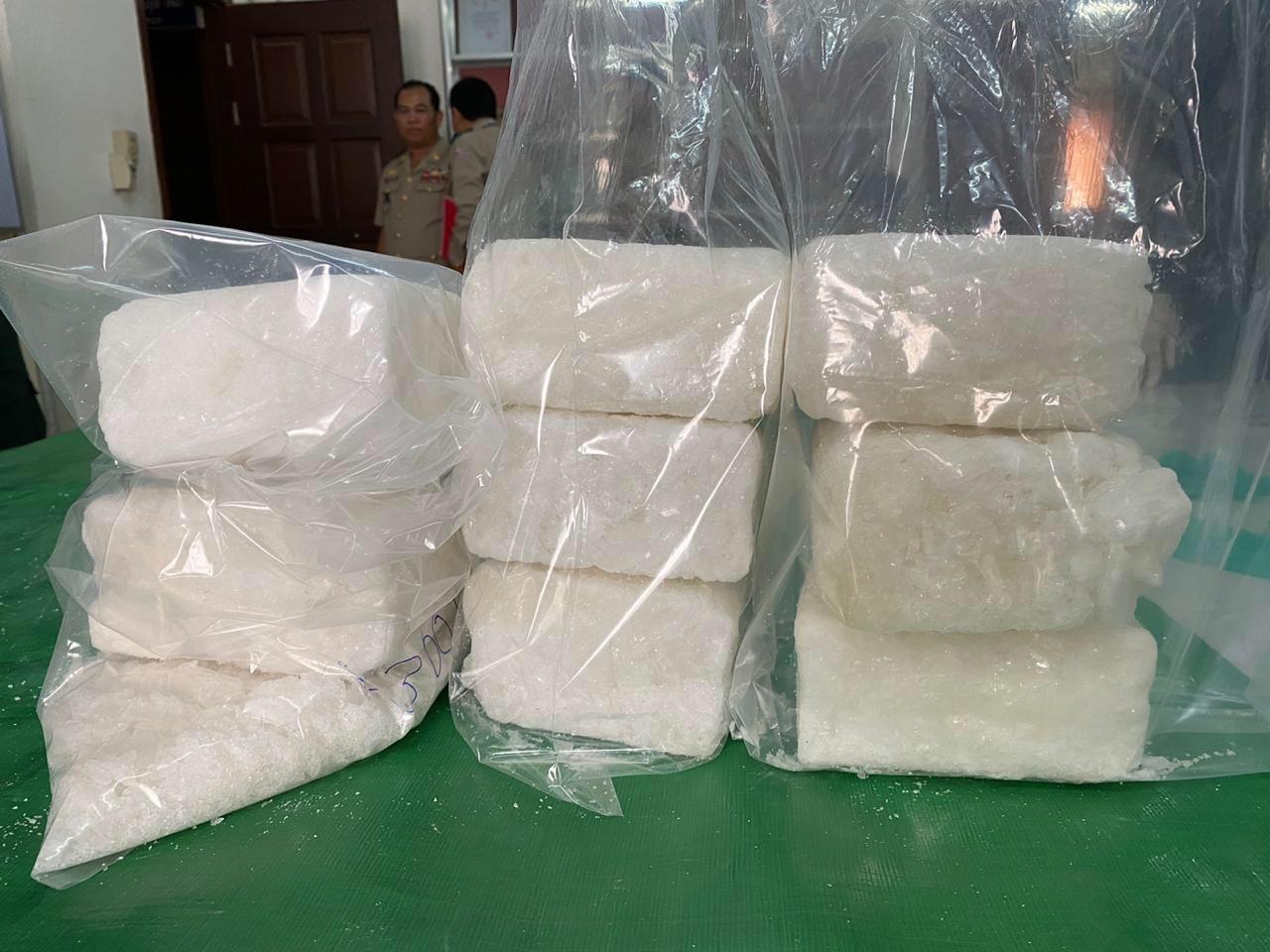 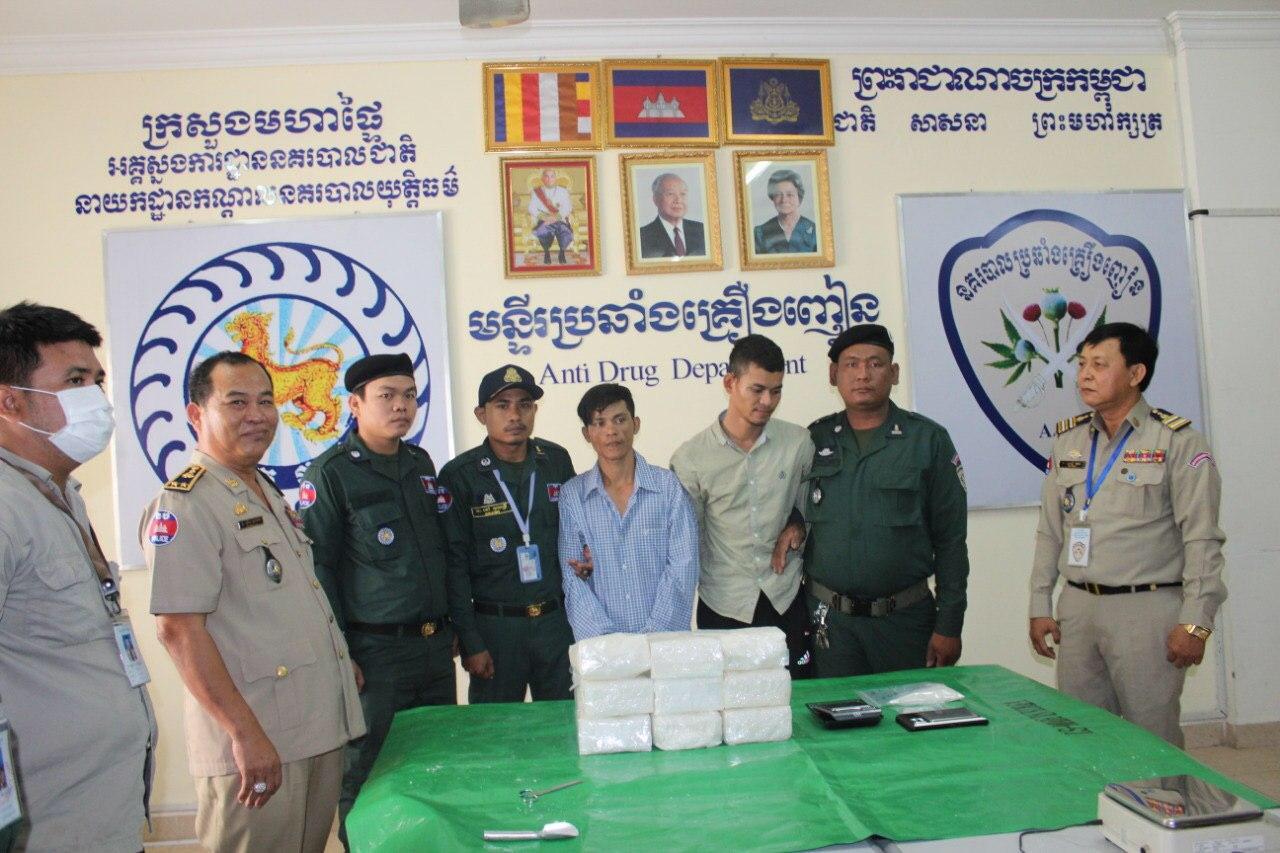 The two men arrested at the house were identified as Kim Wa, a 35-year-old man, a PassApp tuk-tuk driver, and Keo Sothea, a 25-year-old man. The police confiscated 9.6kgs of crystal methephatamine (ICE), two cars, and two phones.
Cambodia Expats Online: Bringing you breaking news from Cambodia before you read it anywhere else!

Re: 10Kgs of Meth Bagged as "Chinese Tea" Seized in Phnom Penh (UPDATE)

UPDATE:
It has been disclosed that one of the accused drug traffickers is the son of a senior military officer, but rumors of his premature release are false, Phnom Penh court officials said on 27 January 2020. It seems that the father spoke out of turn to say that his son was not involved, but he does not have as much clout as he thought, because the son has been charged. This was officially confirmed by Phnom Penh Municipal Court yesterday.

Phnom Penh, Cambodia Breaking News: Following the rumor from Kompong Speu concerning the release of the accused, the son of a senior military officer of the 3rd Brigade, involved in a nearly 10-kilogram drug trafficking case, the Municipal Court Phnom Penh told us that it was not true.

Deputy prosecutor Kuch Kimlong, spokesman for the prosecutor of the Phnom Penh Municipal Court, said on January 27, 2020, that two accused were detained by the Ministry of Interior's drug department. He will send the case to the court in connection with the trafficking of methamphetamine. 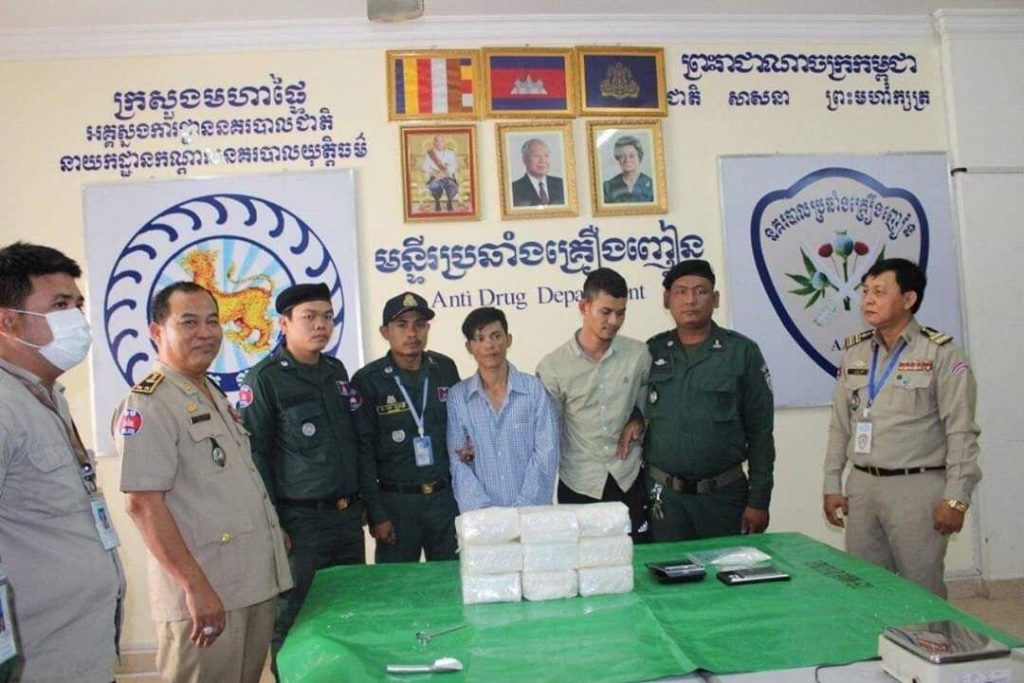 It should be recalled that the two accused were arrested by the authorities on January 10, 2020 under the direction of Lt. Gen. Kheang Sarath, Deputy Director of the Ministry of Interior's drug department. Deputy prosecutor Kham Sophary was overseeing the case for the Phnom Penh Municipal Court.

After the two defendants were ordered to be taken into legal custody, there were rumors from the family of the accused, Keo Sothea, whose father was a senior military officer in the military in Kompong Speu province, that the court had immediately released him, because Keo Sothea was not involved as published by the media.

This false information was corrected by senior officials of the Phnom Penh Municipal Court today. 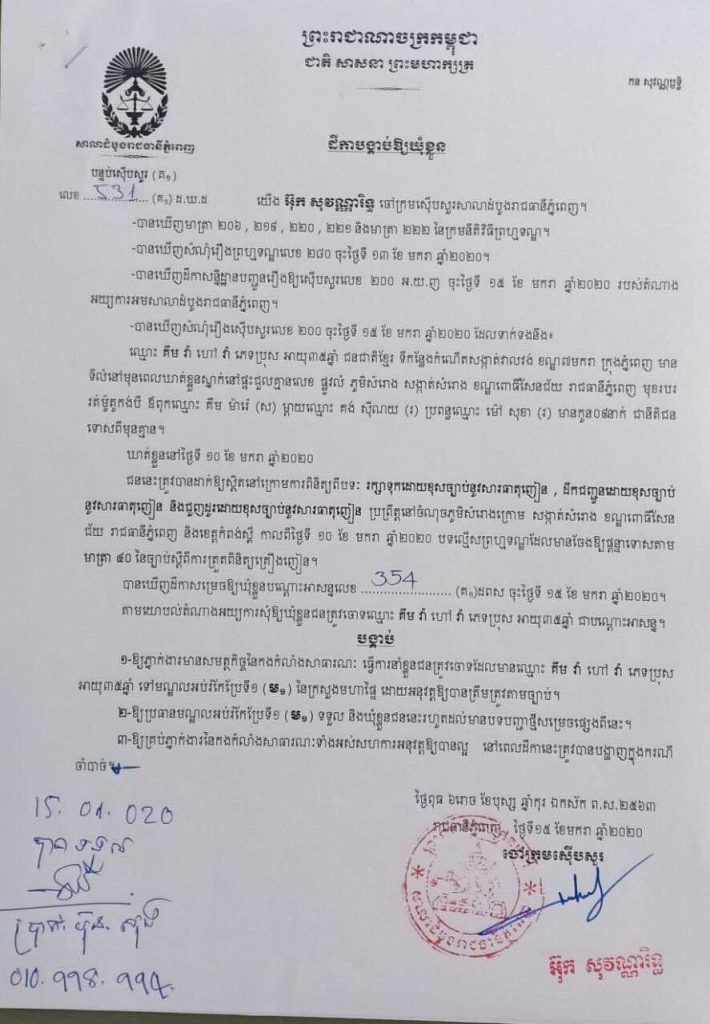 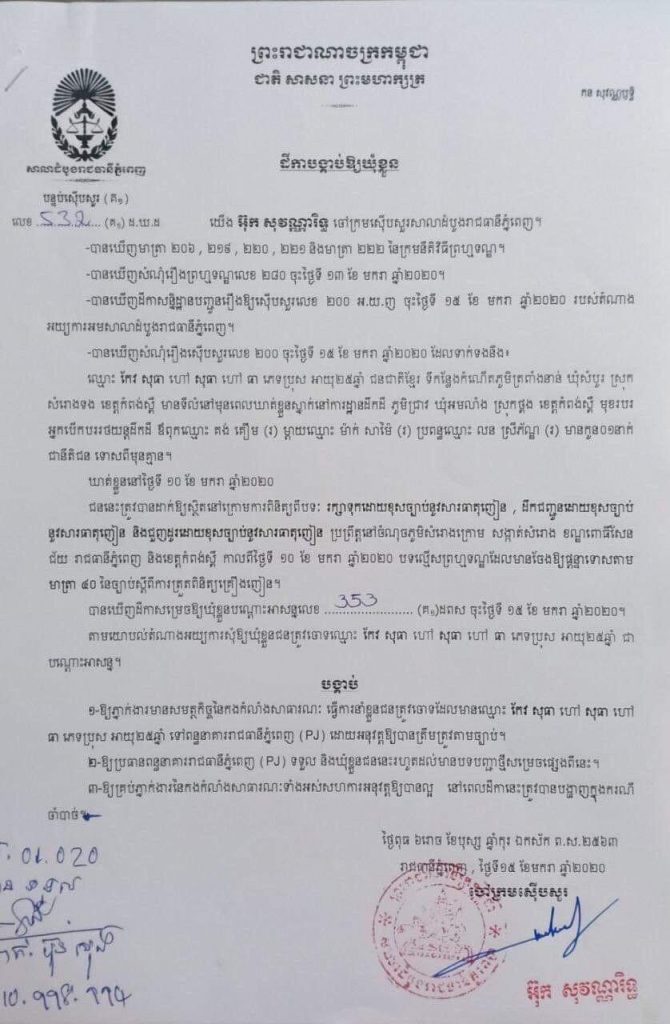