Discussions about restaurants, cafes, coffee shops or bars in Cambodia. Feel free to write any reviews you have, whether its the best burger you've had in Phnom Penh or the worse pizza in sihanoukville, we want to read it! Discussions about Khmer dishes are also in here, or you can leave your own. If you own a restaurant, feel free to let the expat community know about it here so that we can come check it out. Found a favorite cafe or have a place we should avoid? Tell us about it. Asian recipes & questions are always welcome.
Post Reply Previous topicNext topic
16 posts

Cambodians love to munch on these crunchy snacks, but will westerners ever get a taste for them ?

In Southeast Asia and elsewhere, insects have long been an integral part of the human diet, and nowadays scorpions can be ordered on skewers, while ants fill spring rolls and silkworms star in croquettes.
Insect protein is a sustainable, affordable, and nutritious alternative to conventional animal protein.
Vietnam-based reporter Mike Tatarski visited insect hunters, purveyors, and Cricket One, one of the world’s largest cricket farms, to see how they are being caught and cultivated, and wonders about the tradition’s likelihood of spreading to the West.

LOC NINH DISTRICT, Vietnam — A spade strikes the bone-dry Cambodian dirt with a crunch, and the hunt is on. Chem Wai, a lanky, deeply tanned 53-year-old former soldier, has been collecting wild tarantulas and scorpions for most of his life.

Wai knows this scruffy forest, located 20 miles north of Siem Reap and the astonishing ruins of Angkor Wat, like the back of his hand. Armed with his spade and a wood basket, he tracks down these arachnids considered terrifying by many in short sleeves and flip flops.

Once he spots a likely tarantula or scorpion hole, he digs out a scoop of chalky soil. If one is home, he grabs a twig to fish it out, snips its fangs or stinger, and drops it into the basket. The process is over in 30 seconds.

“I’ve been hunting for them since I was young, but only commercially for five or six years,” he says in Khmer. “It’s now my main source of income.”

People like Wai and eateries like Bugs Cafe, which serves insect skewers, fried spring rolls stuffed with ants, and silkworm and taro croquettes, may seem strange to many Western readers, but they illustrate the importance of finding alternative ways to feed humanity amid climate change and concerns over the environmental and moral impacts of the meat industry.
https://news.mongabay.com/2020/01/from- ... -business/
Cambodia Expats Online: Bringing you breaking news from Cambodia before you read it anywhere else!

Errrrr, yeh great...
But I think I will pass on that one, Cheese and lettuce sandwich with plenty of mayo will do fine thanks........
Top

Spiders taste rank, the ichor is vile. Scorpions pretty grim, too. Fried crickets and ants not so bad. Cockroaches always give my wife the shits.
Top

I've tried all of those. They are mostly just considered snacks, foreign news often makes it sound like they are part of the staple diet here, like you get fried rice with bugs or some nonsense. There is also this ridiculous theory that Cambodians started eating bugs because of the deprivations during the Khmer Rouge era. That doesn't explain how every other country in the region eat similar snacks.
I quizzed an elderly relation about the consumption of "Ah Piang" or Tarantulas a few years back. She said they used to eat them as medicine in the 1950s, the hairs on their bodies were thought to scrape away the microbes that caused coughs or throat infections. She said they were something you had to be almost forced to eat as it was so disgusting but it seemed to work. Tarantulas actually taste good.
Crickets can be a pretty tasty snack, and there are some excellent fat ones that seem to come from Kampong Thom and taste like giant peanuts. I don't have an issue with eating "bugs" anymore than I have with eating prawns or escargot or whatever.
There are other bugs I don't like at all though. The grub/ worm things are not good. Black water beetles. They smell just like the beetles I used to squash up with rocks when I was a kid, and the taste is just as awful. Then there are the giant green water beetle things, absolutely fucking disgusting. If anyone else would like to give some reviews on insect dining that would be great.

My wife would eat the crickets, only one I tried is cockroach. Tasted like the charcoal it was cooked over. I was also 10 beers in.
Top

It couldn't really be cockroach, maybe some other insect that looks similar?
Silence, exile, and cunning.
Top

John Bingham wrote: ↑Sat Jan 04, 2020 9:02 pm Tarantulas actually taste good.
Crickets can be a pretty tasty snack, and there are some excellent fat ones that seem to come from Kampong Thom and taste like giant peanuts.

I also didnt really mind the tarantulas too much and as far as i remember they had a very peanuty kind of taste like the crickets too, so just figured they'd deep fried them in peanut oil.
Keep your money in your socks and fuck, and get massaged, with your socks on

How are those deep fried crickets/grasshoppers/locusts sourced? Are they farmed or worse, caught with toxic insecticide like DDT?

It couldn't really be cockroach, maybe some other insect that looks similar?

See if I can find the photo.
Top 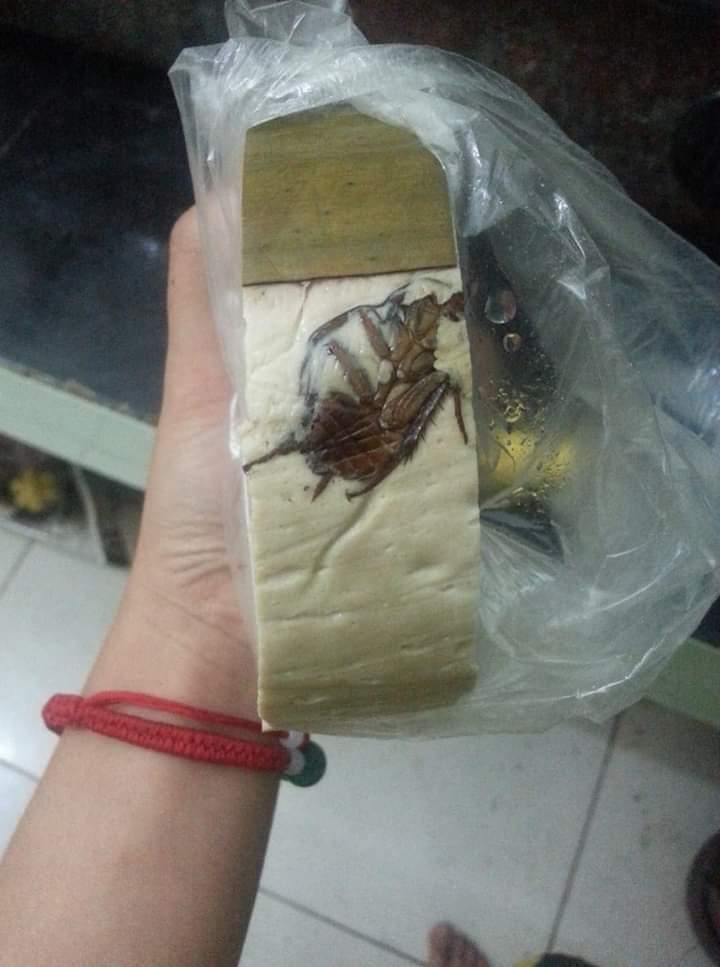