Wildlife and Livelihoods in the Cardamom Mountains, Cambodia. (Long Read)

Wildlife and Livelihoods in the Cardamom Mountains, Cambodia. (Long Read) 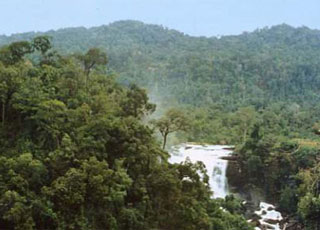 This study provides a preliminary assessment of the use of wild meat and fish by rural communities in the Northern Cardamoms, Cambodia.

Two pangolins were caught while we were in the study villages, both weighing 1.5 kg (with a value of ~$220 each), and were sold immediately to traders in Battambang, who were contacted by mobile phone. Hunters with a good pangolin dog might catch 1–2 pangolins per month (2–3 if exceptional, but in some years, as few as 1–2 per year might be caught), and well-trained dogs can sell for $1,000–2,000. In each village, only a few (1 or 2) hunters possessed trained pangolin-hunting dogs.

Hunters in Village 2 reported that if they caught a high-value species, such as Sunda pangolin, serow, gaur, or bear, they would immediately hide the animal bones/skin/horns somewhere safe. They would then call/text a trader in Battambang, who would come and collect the animal. Less frequently a hunter might hold onto the wildlife items, such as bone, horn and skin) until his next trip to Battambang

Young men are often afraid of the forest due to the dangers of wild animals (pigs and bears) and land mines: In Village 3 a wild pig had recently killed a young hunter, while he was trying to lay snares. All three villages were in areas of high land mine density, the surrounding forest had not been cleared, and there had been several fatalities from land mines in the last few years.

The two main sources of income from forest products, aside from wild meat and fish, were mushrooms and medicinal plants. Three main species of medical plants were sold to traders from town, known locally as “Tacao,” “Krawine,” and “Moi Roi Kun” (or “100 uses”). Medicinal plants were collected by 30 of the 41 surveyed households and sold to town traders by 21 of these households, with profits of ~US $100/year.

Twenty nine percentage of households used homemade “pump guns.” Interviewees explained that between 10 and 20 years ago, shotguns were readily available, a legacy from the civil war in the 1990's. Shotguns have now mainly been confiscated or hidden, but homemade guns are cheap and easy to make, and are used frequently for night hunting. Pump guns operate using loose shot rather than cartridges or bullets and use a pump-action fashioned from a bicycle pump. Manufacture is cheap and parts easy to come by. Although pump guns are effective at killing medium-sized animals (such as muntjac), hunters reported than they were not capable of killing larger mammals, such as gaur, wild pig, sambar (Cervus unicolor), and bear species.

Over half (56%) of households used slingshots for short hunting trips in the evening or night, when coming home from the fields, or after setting fishing rods in the river. Although the animals procured with slingshots tend to be small and of low value [birds, Slow loris (Nycticebus coucang), snakes, and civets] slingshot hunting reliably catches something for the cooking pot and is easy to fit around other livelihood activities

full https://www.frontiersin.org/articles/10 ... 00296/full
The idea that seeing the world is going from place to place to look at obvious things is an illusion natural to dull minds.
Top
Post Reply Previous topicNext topic
1 post • Page 1 of 1