When Expats Take Over

When Expats Take Over

I recently realized that sometimes expats run amok – and simply ruin the local character of the place. They change the very things that brought them there in the first place.

"Yes, expats in Bangkok have driven up prices in some places, but the whole city of 12 million people hasn’t been fundamentally changed. In Taipei, life went on as if the expats didn’t exist. A few thousand people can’t change cities of millions. I can’t say the same for these small towns. They are definitely different. They are forever changed."

" I don’t think it is for the better. I think that large amounts of money coming into a country can actually have a negative effect on the people and place."

"Tamarindo in Costa Rica, was one of the worst offenders of them all, as is the once beautiful Manuel Antonio. This was once a peaceful surf spot, but now it’s overrun with hotels, huge houses, Western restaurants, overpriced local food, and overpriced shops lining the beach."

"The cities in Panama and Costa Rica were still poor, there was trash everywhere, and the roads were full of potholes and lined with broken sidewalks. The flood of expat money seemed to only create an expat community that lived largely divorced from the local life."

Full https://www.nomadicmatt.com/travel-blog ... -takeover/
The idea that seeing the world is going from place to place to look at obvious things is an illusion natural to dull minds.
Top 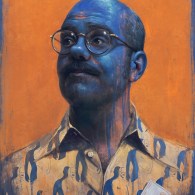 Re: When Expats Take Over