This is a part of our Cambodia forums to chat about anything Cambodia-related. This discussion forum is at the top of our site because it's usually the busiest part of the expat community chatter with random topics on just about everything, including expat life, Khmer politics, Cambodian blogs we have or have come across, or whatever else our members want to discuss. Whether you're an expatriate, tourist, Cambodian or random traveler just passing through South East Asia, you are welcome to talk about anything or start new topics yourselves.
Post Reply Previous topicNext topic
98 posts

No, a lot biased, but raises questions...
Bodge: This ain't Kansas, and the neighbours ate Toto!
Top

"abnormal |abˈnôrməl|
adjective
deviating from what is normal or usual, typically in a way that is undesirable or worrying : the illness is recognizable from the patient's abnormal behavior."

Abnormal, that's a strong word to use. Brain scanners are a recent invention, we hardly know anything about the human brain and how it likes to function, as they were invented in the 80's and most studies are based on assumption as opposed to verifiable fact.

I'd say they should use a less strong and biased vocabulary when speaking about a plant that has been used for millennia. What do they really know about what is really normal vs. abnormal in a human brain, not much dare I say.
Top

Perhaps they're not smoking enough...that seems a bit reasonable for 18-25 year olds...

The 20 people in the "marijuana group" of the study smoked four times a week on average; seven only smoked once a week.

Seriously, of course, it raises questions - ideally young people should be getting such a kick out of life that they don't need to take any kind of drugs - however, in reality(and in my own experience), most kids will take something - mostly whatever they can get hold of the easiest. So, IMO, the alternatives here are not between ganja and clean-living, but between smoking or getting wrecked in other ways that are potientally more harmful.

Also, if the results on the brain are lasting, a lot of us have been brain-dead for years,but never even realised it

there is no doubt that what we do, experience, read or ingest alters the structure of our brain.
it is interesting to note that everyone has cannabinoid receptors.
i haven't enough science or research to really develop an opinion, but many argue that the presence of these receptors is evidence of a long evolutionary association with this plant.
there is so much bias on both sides of the question in academe- much of it paid for by the pharma lobby, that plain discrimination of logic breaks down.
Top

Username Taken wrote:@Rama, and others who want to practice their Khmer reading skills,

Read the bottom of the outside menus at Happy Herbs or Pink Elephant.


From memory, it says something along the lines of 'some of the ingredients can get you intoxicated'.

I've been to Pink Elephant many times over the years and read their menu often.... Can't remember reading that!! Not that it may not be there, it may be, but I've forgotten! LOL!

Small Khmer script at the bottom of the outside wall menus.

Riverside today, I noticed banners hanging from the street light posts (on the shops side of the road), the one I read was hanging on the post between Happy Herbs and Pink Elephant, written in Khmer it basically says "If you eat happy pizza, don't drive". A community service announcement sponsored by several NGOs.

From the article on the Harvard study:


Their plan now is to conduct a bigger study that not only looks at the brain abnormalities, but also relates them to functional outcomes. That would be a major and important step in this science because, as of now, the research indicates that marijuana use may cause alterations to the brain, but it's unclear what that might actually mean for users and their brains.

So what's the chances they find these "abnormalities" cause super powers?

Smaller brains but many more connections they say.

Of course it's possible with both studies that people who choose to reject authority and choose a non-approved drug had a different type of brain to start with.
Top

Abnormal or not, all my fellow primates have a tendency to repeat a pleasurable experience.
As my old Cajun bait seller used to say, "I opes you luck.
Top

i don't see how bein stoned would make Khmers drive any worse.
Might actually be better.
Top


China’s Marijuana Surprise
Despite a long anti-drug crusade, Beijing is positioned to be a major player in the cannabis market.
An economic stir is happening in China, but it’s in an industry you might not expect. With more than half of the 600 relevant patents filed with the World Intellectual Property Office now owned by Chinese companies, the country is well positioned to dominate the global cannabis market. Which is very surprising for a nation where drug trafficking is still punishable by death and mere possession of the substance can result in a lengthy spell behind bars. 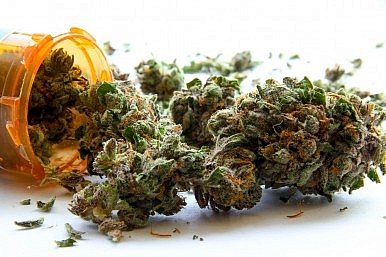 http://thediplomat.com/2014/11/chinas-m ... ign=buffer
In a nation run by swine, all pigs are upward-mobile and the rest of us are fucked until we can put our acts together: not necessarily to win, but mainly to keep from losing completely. HST
Top

I know a guy with some shit that made 3 pro-tokers stop dead in their tracks the other day.

1 had to go home,
1 went outside and collapsed on a bench
1 sat staring at her palms and turned a whiter shade of pale.

I ate 2 burgers, a hotdog, extra potato salad and dribbled.