I bought and had installed a 5KVA voltage regulator. I haven't got the first power bill yet since being installed but I'm bracing myself for a shock. Inverters I've heard are better in efficiency and I've read that regulators are not really efficient at all.

Now I don't have a aircon with a inverter but I might upgrade in the future. But why I had one installed was just for my 2 aircons, the bedroom and office. Because the power in Russey Keo has been shit the past couple of months. At night there's not enough voltage to even run my fan at normal speed, let alone 1 aircon. So I got one installed with just the 2 aircons on it, so I wouldn't be running the whole house through it. My main argument being that it'll consume even more power to have the whole house on it.

So my questions are:

1) Would aircons with inverters solved this problem?

2) Anybody have an idea of how inefficient a regulator is?
2.1) Does a regulator consume much power at rest? Without any load?

I've decided when neither aircon is in use I just shut the regulator off. Of course it would consume some when at rest but not sure how much. Since it's just waiting for a load to be applied. It's listed as an "Automatic" regulator so I think it just into standby mode(minimal usage) with no load.

So anyone have experience with these?
Top

thePeck wrote: I haven't got the first power bill yet since being installed but I'm bracing myself for a shock.

Wwhile I can't answer any of your power questions, I do hope you report back and let us know when your power bill is triple what it should be.
"Life is too important to take seriously."

Totally off-topic. I like the addition GONK to your avatar, Gen M; wear it with pride!

Peck, I don't know how much you understand, so don't take offence.

A fixed solid core transformer can be over 90% efficient.

A voltage regulator is not like that. Imagine a volume control where you turn the sound up and down. The VR is two circular transformers like a rheostat. It has a control board to "turn" one transformer inside the other or different windings via a stepper motor. so. the transformers have an "air" link vs iron.

Electromechanical regulators called voltage stabilizers or tap-changers, have also been used to regulate the voltage on AC power distribution lines. These regulators operate by using a servomechanism to select the appropriate tap on an auto transformer with multiple taps, or by moving the wiper on a continuously variable auto transformer. If the output voltage is not in the acceptable range, the servomechanism switches the tap, changing the turns ratio of the transformer, to move the secondary voltage into the acceptable region. The controls provide a dead band wherein the controller will not act, preventing the controller from constantly adjusting the voltage ("hunting") as it varies by an acceptably small amount.

The ferroresonant transformer, ferroresonant regulator or constant-voltage transformer is a type of saturating transformer used as a voltage regulator. These transformers use a tank circuit composed of a high-voltage resonant winding and a capacitor to produce a nearly constant average output voltage with a varying input current or varying load. The circuit has a primary on one side of a magnet shunt and the tuned circuit coil and secondary on the other side. The regulation is due to magnetic saturation in the section around the secondary.
The ferroresonant approach is attractive due to its lack of active components, relying on the square loop saturation characteristics of the tank circuit to absorb variations in average input voltage. Saturating transformers provide a simple rugged method to stabilize an AC power supply.
Older designs of ferroresonant transformers had an output with high harmonic content, leading to a distorted output waveform. Modern devices are used to construct a perfect sine wave. The ferroresonant action is a flux limiter rather than a voltage regulator, but with a fixed supply frequency it can maintain an almost constant average output voltage even as the input voltage varies widely.
The ferroresonant transformers, which are also known as Constant Voltage Transformers (CVTs) or ferros, are also good surge suppressors, as they provide high isolation and inherent short-circuit protection.
A ferroresonant transformer can operate with an input voltage range Â±40% or more of the nominal voltage.
Output power factor remains in the range of 0.96 or higher from half to full load.
Because it regenerates an output voltage waveform, output distortion, which is typically less than 4%, is independent of any input voltage distortion, including notching.
Efficiency at full load is typically in the range of 89% to 93%. However, at low loads, efficiency can drop below 60%. The current-limiting capability also becomes a handicap when a CVT is used in an application with moderate to high inrush current like motors, transformers or magnets. In this case, the CVT has to be sized to accommodate the peak current, thus forcing it to run at low loads and poor efficiency.

Thanks Milord, I do some 24v work but never very technical on high power so only know the little I've picked up.

Well got the power bill yesterday for at least a whole month of having the voltage regulator. It's $120 so it's lower then my highest bill, $135. And I was gone 5 days so there's a little less power use. So all in all I think it's working within it's optimum range.

Milord, could you direct me to something about sizing one of these correctly? I'm considering now taking it to the next level an in the next month or so putting a main regulator for the house. I want to try to get in that sweet spot.
Top

From time to time i've tripped across "electrical contractor/engineer forums" and those guys would know.

Locally I would visit a solar panel place to size it. (not to buy it)

Or diy electrical forums. Google your models name, it may lead you to the right chat.
Top

I spoke to an electrician who qualifie din the UK. He was under the impression that low voltages will NOT increase your bill.

Before you go spending dosh try and electrical engineer forum as Milord suggested. 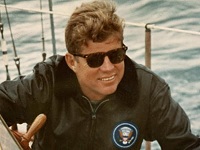 vladimir wrote:I spoke to an electrician who qualifie din the UK. He was under the impression that low voltages will NOT increase your bill.

Before you go spending dosh try and electrical engineer forum as Milord suggested.

This is probably true. I've been dealing with lower voltages (I assume) all last month. During the day, weak fan when on the highest setting, A/C blowing meekly, luke warm air, that is until around 11pm to 1am when less electricity is being used around town and suddenly my fan kicks into high gear and the A/C blows so cold I have to turn the temp up.

I was seriously worried about my bill, what with all the chatter about suddenly doubled elec bills and what not. Went down to pay on the first of the month and my consumption was actually less than the previous month and my $ amount was right where it should normally be. Nowhere near double what I usually pay this time of year.

I've got to say that so far this month my fan's and A/C have been performing much better compared to that wonky last month.
â€œJFK was far from perfect, but he was a true wit and a sex machine, and he knew how to wear a pair of shades." Bill Maher
Top

Here it was everyday from about 10pm to 6am the voltage was low and the air-cons wouldn't run.

I joined that forum and asked the question, I'll see what the answer is.
Top
Post Reply Previous topicNext topic
14 posts