Things that make your teeth grind

This is a part of our Cambodia forums to chat about anything Cambodia-related. This discussion forum is at the top of our site because it's usually the busiest part of the expat community chatter with random topics on just about everything, including expat life, Khmer politics, Cambodian blogs we have or have come across, or whatever else our members want to discuss. Whether you're an expatriate, tourist, Cambodian or random traveler just passing through South East Asia, you are welcome to talk about anything or start new topics yourselves.
Post Reply Previous topicNext topic
60 posts

StroppyChops wrote:I love Bodge. And these are things that make me grind my teeth. You?

This. I'm considering adding a word censor into the system to just convert it to "silly word for cambodia".

I wouldn't actually do that... but it is that annoying.
Top

StroppyChops wrote:^ good link, I read most of it - OD is wrong about family is/family are.

Hey, did I really say 'the Bodge' somewhere, or are posters just extracting the Michael tonight?

I got told off for using The Penh instead of Phnom Penh years ago, I vaguely remember the rationale was that it is gay and disrespectful, the Bodge is even worse. My pet peeve is the when people who wrote Kymher or Khmai instead of Khmer which I often see from the oversea Khmers.

Anyway, not much of a grind. The married ladies sometimes go to the local market wearing a sarong. One day, while a lady squat down picking out some vegetables a snake fish suddenly jumped out from the shallow net from the next stall and landed inside her sarong; she frantically panicked and made a mess out of the vegetable stall in the process.
EVERYONE BOW DOWN AND PAY EXTREME HOMAGE TO HIS MAJESTIES flying chicken©
Top

StroppyChops wrote:The sound was akin to fingernails dragging on a chalkboard, or pulling a cat backwards through razor wire. 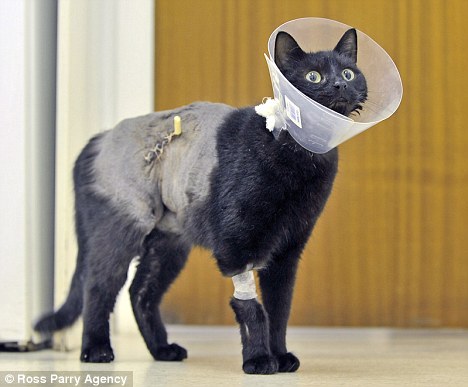 StroppyChops wrote:
I love B**** (censored) And these are things that make me grind my teeth. You?

The only thing that gets to me is when the wife asks me to explain the internet!

^ That cat's had a rough day. I'll tell your wife about the internet if you get my mother to stop trying to use it.
Bodge: This ain't Kansas, and the neighbours ate Toto!
Top

Loud music by local business's that think it attracts customers(cell phone companies are a big offender), but I found that obnoxious noise/music played back to them on giant alum horn speakers at warp-10 volume does wonders.

I thought the Buddist religion was suppose to be contemplative and tranquil? I have a theory. The monks were killed off and the temples torn down by the bad guys. The present heads of the religion in Cambodia feel they need to generate money to build/restore temples. They have instilled in the population that when you have a wedding/funeral you have to have loud music and lots of monks chanting so that you can show everyone how much money you have and how religious you are, thus generating funds for the temples, so they can build more temples to attract more people with loud noise to pay for more temples to............
I don't remember this level of religious noise in Thailand (or was I just too stoned/drunk to notice?)

"Everyone's got to believe in something, I believe I'll have another beer."
W.C. Fields
Top

StroppyChops wrote:^ That cat's had a rough day. I'll tell your wife about the internet if you get my mother to stop trying to use it.

You'll end up going mad! Explaining the internet to my wife is like Basil Faulty explaining "the horse" to Manuel.

re: causes of loud music, as my Khmer neighbour suggested, country yokels moving to the city.

And a cultural love of money and worship of anything selfish.
Jesus loves you...Mexico is great, right?

1. People who are constantly trying to post above their status. Don't get me wrong, an education is great and a wide vocabulary also but, come on, some posters just seem to post the pompous words, not because they form part of their natural vocabulary but simply because they think it elevates them in the readers eyes.

It doesn't, we all have 'Google Search for' and the 'Synonyms' option.

3. The weather here in Wigan, it is July and pissing down. It might brighten up on 30 minutes but then again it might snow by dinnertime.

4. People who constantly moan and bad mouth Cambodia and its people. If you don't like it move, its a free world, well to a degree

With you on Windows 8, Ed - seems pointless unless you have a touch screen. Haven't used it on a mobile device but have consumerist friends that swear it's "better than Apple" - not much of endorsement, I know.