This is a part of our Cambodia forums to chat about anything Cambodia-related. This discussion forum is at the top of our site because it's usually the busiest part of the expat community chatter with random topics on just about everything, including expat life, Khmer politics, Cambodian blogs we have or have come across, or whatever else our members want to discuss. Whether you're an expatriate, tourist, Cambodian or random traveler just passing through South East Asia, you are welcome to talk about anything or start new topics yourselves.
Post Reply Previous topicNext topic
12 posts 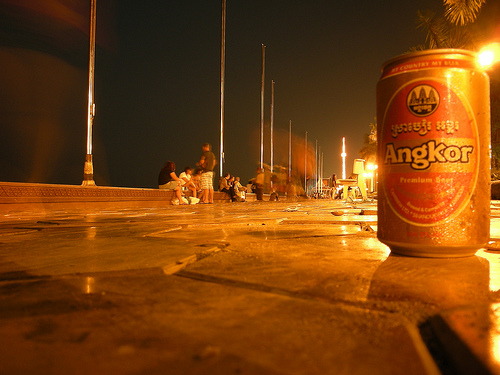 ..no one winds up stuck in Cambodia on an expired visa at the end of a winning streak.

We called him Eat Pray Paul. Because there were two Pauls and they were more or less indistinguishable — both red-faced old dudes who’d been kicking around Cambodia for years, smoking ice, shagging prostitutes and losing teeth until there wasn’t a whole lot left.

“George told me,” he said matter-of-factly. “He was coming home one night and saw Paul, outta his mind on ice and God knows what else. Hollering and screaming and carrying on. And get this,” Sammy pressed his fingertip into the plastic tabletop and leaned in. “He was pulling shit outta his pockets. And just throwing it” — Sammy flicked his thick hands open — “everywhere. The security guards were all laughing. And then, then he took off his shoes and chucked those too.”

What The Nephew seemed to be failing to grasp is that no one winds up stuck in Cambodia on an expired visa at the end of a winning streak. It got to be like a soap opera — you’d get the daily installments, you know: Paul hiding out, Paul trying to go back to work, Paul getting stiffed for shifts he’d work. “He says he could have me arrested,” he’d droned. “They could deport me.”

8am: Arrive at preschool. Put on tattoo-covering leggings and long-sleeve shirt, then the synthetic frock uniform that makes me sweat even more.Sit cross-legged before a circle of three-year-olds, sing nursery rhymes, feel my ankle bones digging into the linoleum. Make alphabet crafts, color worksheets, teach vocabulary. Snack time and playground. Give a series of high-fives as they file out the door.

Since it’s a preschool all the foreign teachers are women, which is nice cause it negates the typical staff room discussions of girly bars and amphetamines. But I dunno — sometimes I think I’d rather work with sexpats and junkies, cause at least you know what their deal is. Mary is Sri Lankan, raised by missionaries; they’d promote her to head teacher, the owner had told her, if she weren’t so dark-skinned.

That's a nice description of riding the well worn and often smooth skids of daily life in the KOW.... Somehow inspiring in a "by the grace of Dog this could be you" sort of way. Now for another cup of coffee and then taking the Merc out for a fill up and long drive. Thanks for posting this KF Hillbilly!
Top

Great story
and f*** i wish i could write like that.

I get the recovery books thing, i do. (believe me) But i still squirmed a bit about that part.
Probably too close to the missionary thing. Handing out Jesus pamphlets to those in need of salvation..

But if this is non fiction - well, you can't argue with the result.
We all know these kind of miracles happen more often than the missionary's version of the story.
but still so rare for the really hard cases.

I got clean in Prey Sar,
you could drink out on that in some circles for years. (coffee only tho', they reckon)
Last edited by SternAAlbifrons on Mon Jan 20, 2020 11:45 am, edited 1 time in total.
Top

I enjoyed that writing too
thanks for sharing it
Top

That was damned good. Reminiscent of the New Journalism of Tom Wolfe, Hunter S. Thompson and George Plimpton et al. 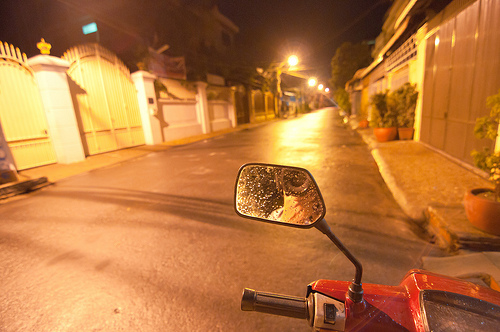 The same went for the sexpat scene. It wasn’t something I’d sought out; as a 20-something Western woman with a headful of feminist notions..

Men filtered through the open-air patio, Western guys in flip-flops and shorts. They wore the efficient expressions of informed consumers and moved like men at a hardware store, browsing for goods. They nodded at the proprietor, glanced at the projection of a football match against the whitewashed cement wall; they eyed the girls up and down with about as much enthusiasm as you would a lawn mower and then took seats in plastic chairs at plastic tables and ordered pints of beer.

The same went for the sexpat scene. It wasn’t something I’d sought out; as a 20-something Western woman with a headful of feminist notions, it was about the last thing I’d hoped to encounter. But I couldn’t avoid it; sex was everywhere in Cambodia. I’d jog along the Riverside at dusk, see sun-crisped men sitting with thin dark girls. I’d go out with friends, see girls in booty shorts shooting pool with cues that as big as they were. I’d walk past a bar in the middle of the day, see the skeletal silhouettes sitting inside, slumped on stools, trails of smoke rising from cigarettes.

But I ended up inside them, without really meaning to. Not the worst of them, the die-hard spots, but there was a gradation I discovered. The nightlife existed on a spectrum and very few were the bars that had either no girls for sale or only girls for sale. In reality the sex industry was more ambiguous, less contained. It tentacled into every part of life, it seemed, and eventually you tolerated it. You tuned it out, in a way you would have once been ashamed of, became complicit.

One night, a few months later, when Neil was about to leave Cambodia to go back to New York, I tried to put the moves on him. I’m not really sure why, since I wasn’t attracted to him and we didn’t have much in common, save for our alienation. It was a dismal failure. He hemmed and hawed and told me he wasn’t interested. Then he put a pillow between us on the bed and fell into a thrashing sleep.

I like you Hillbilly. You, Cargo, Pieman & Mishmash are my fave 4.
Top

I got clean in Prey Sar,
you could drink out on that in some circles for years. (coffee only tho', they reckon)

Why wait!!! Indeed Why wait

It's trashy writing, all very superficial and written from the perspective of a tourist who has never noticed the world outside of the Daun Penh 51/104/136/172 and former Lakeside 86 st areas. It's written like it's investigative journalism even though it's all really just speculation and vilification based on hanging out with degenerates. I guess stories about regular people who have done well don't get those clicks though.


This scrappy city, with its beggars and its high rises, its Range Rovers and glue-huffers, its broken-down sexpats and its broken-down hookers and the people out of sight, getting rich off it all.

I did meet the author through a mutual friend years back, I think she was here 2010 thru 2013 teetotal. I didnt mind the writing and it was of that time I guess. Although she used the same descriptions I'm both yarns.
Top
Post Reply Previous topicNext topic
12 posts