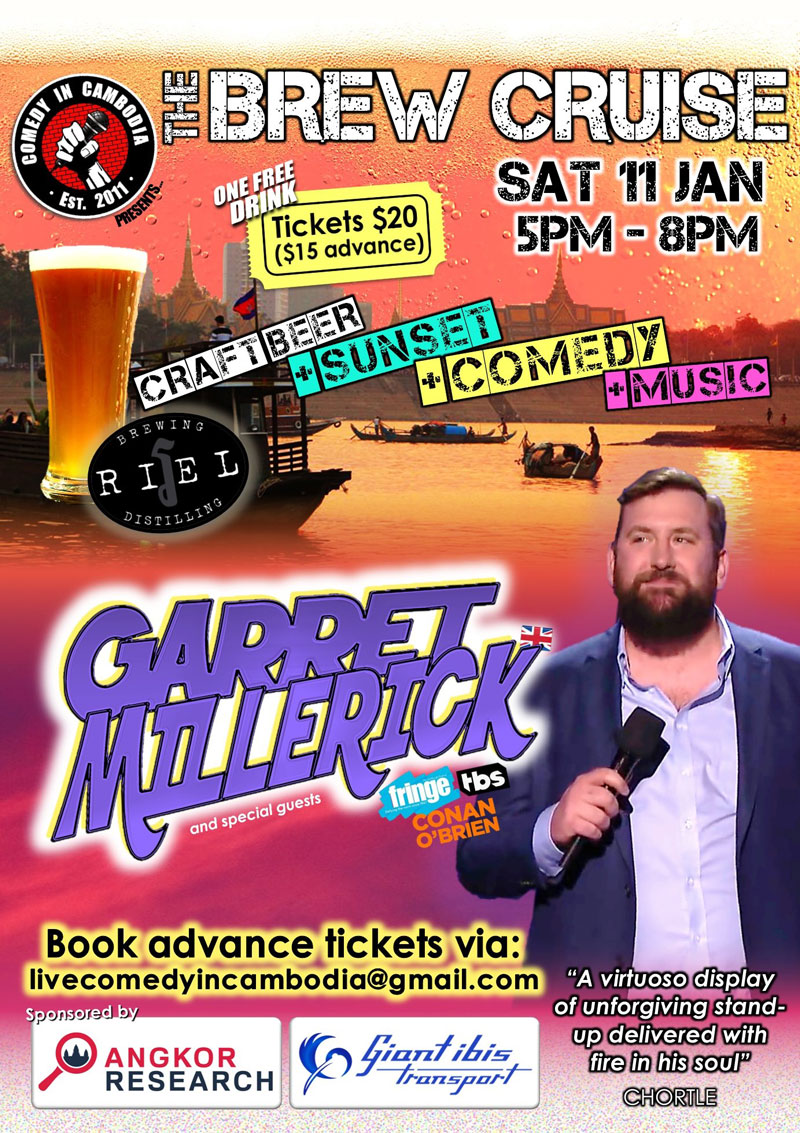 Phnom Penh’s most exciting and unique live entertainment event is coming soon!
Comedy in Cambodia and Riel Brewing and Distilling join forces again to present The Brew Cruise on Saturday 11 January, sponsored by Angkor Research and Giant Ibis buses!
For just $20 per person, you get 1 delicious Riel craft beer, an hour of sumptuous sunset river cruise, a one-hour stand-up comedy show and an hour of live DJ music to bring you home. SPECIAL DISCOUNT: book now via email to [email protected] to get tickets for just $15 each!
The boat will depart at 5pm sharp from the Riverside behind Cambodiana Hotel (Google Maps link: https://goo.gl/maps/dAXckU8pcwWJoLN7A), and will return around 8pm. We advise you to arrive at 4:30pm on Saturday and look out for the banner on the riverside.
A delicious range of Riel craft beers will be onboard and ON TAP, and available for purchase throughout the event as well as other drinks. Customers can also enjoy a selection of food items sold on the boat. 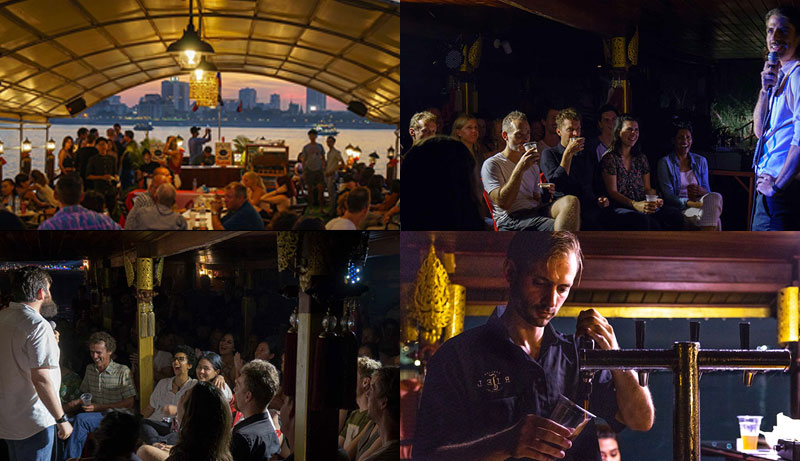 Headlining the comedy show will be the brilliant British comic Garrett Millerick, who has established a reputation as one of the finest live acts of his generation and described as “Wonderfully funny” by The Times newspaper. Garrett brings his top-rated show Smile: “a defiant battle cry against the gloom”.
Supporting sets come from Vietnam’s Uy Le, one of the region’s rising stars of comedy and runner-up in the 2019 Bangkok Comedy Competition, and American stand-up Paul Blomeyer. Award-winning Phnom Penh comic Sam Thomas will assume MC duties.
Surrounding the comedy performances, Dr Wah Wah will be dropping fat beats on the decks on the deck.
Tickets are limited so book NOW to secure your place on the best boat party the city has to offer!
More on the comics: 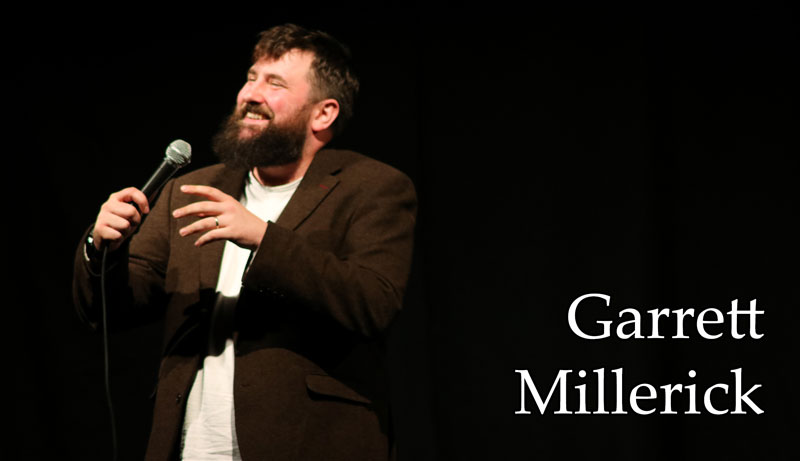 Garrett Millerick is an acclaimed British stand-up comedian, writer and director, and an increasing force to be reckoned with on the UK Circuit. In the few short years since debuting in new act competitions, he has established a reputation as one of the stand-out live acts of his generation.
In 2018, his solo show Sunflower became one of the best reviewed and most talked about performances of the Edinburgh Festival. It played to packed houses throughout the month, and an additional show at The Pleasance Cabaret Bar was added due to phenomenal demand. It went on to have a gloriously successful run at London’s Soho Theatre in 2019.
As well as being in high demand on both the alternative and club circuits in the UK, Garrett’s stand up has seen him tour Europe, Australia and Asia.
His debut radio sitcom Do Gooders was recently recorded for Amazon’s Audible platform with an all-star cast featuring Jack Dee and Meera Syal and produced by Hat Trick Productions. It is currently being developed for television.
“A virtuoso display of unforgivingly grumpy stand up delivered with fire in his soul.” CHORTLE
“Wickedly funny… it’s hard to stop and pick holes when you’re being carried away by this powerhouse performance.” THE TELEGRAPH
“He’s the comic that other comics want to be. Brilliant.” THREE WEEKS
“[The show] soars once you realise he’s making a big point about not having to make big points… Wonderfully funny.” THE TIMES
“Hard-hitting standup.” THE GUARDIAN
“Just wants to entertain you and does it superbly.” THE MIRROR 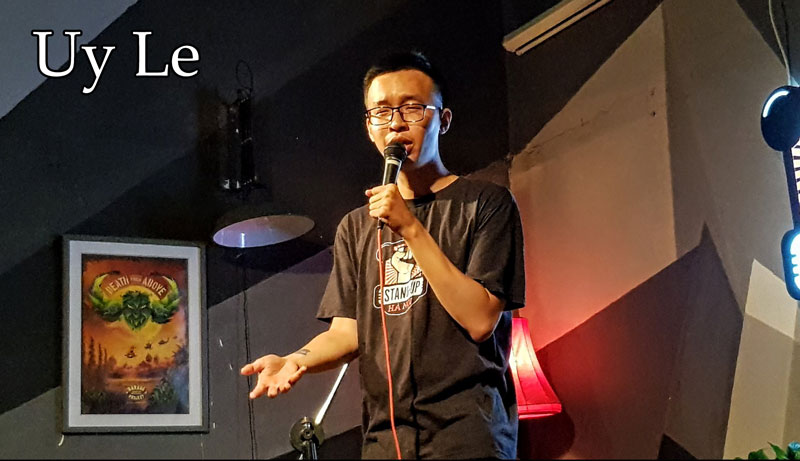 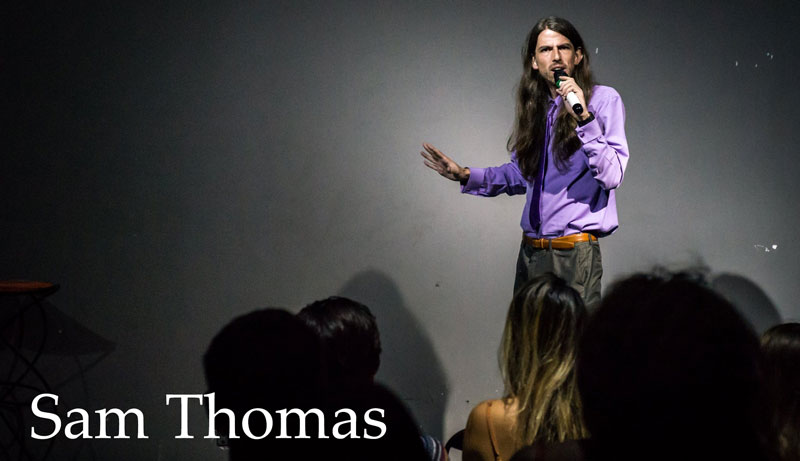 Sam Thomas may just be a local English teacher with stars in his eyes and a dream in his heart, but he appears destined for greatness having been a stalwart of the Phnom Penh comedy scene for the past 7 years.
Sam was a top-finishing finalist at the Bangkok Comedy Competition in both 2015 and 2018, and made the finals at the 2017 Hong Kong International Comedy Festival. He has gigged extensively across Cambodia and the region, including in Saigon, Hanoi, Bangkok, Yangon, Kuala Lumpur, Singapore, Hong Kong and Jakarta, as well as in New York City and Boston.
“Hilariously self-defacing, clever comedy.” – THE ADVISOR 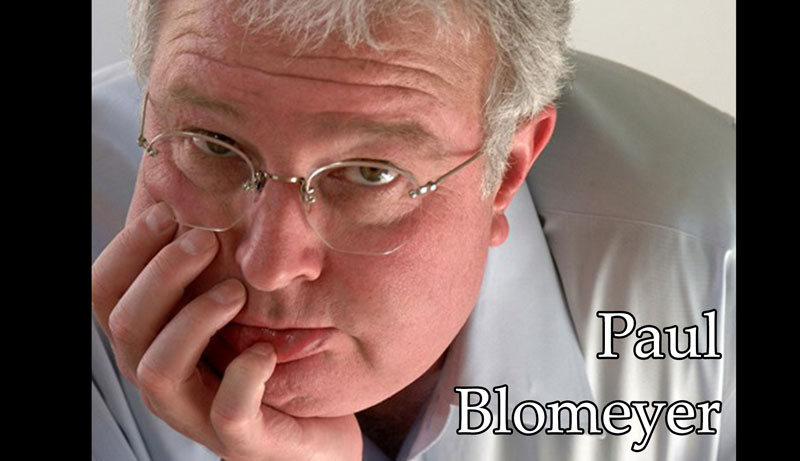 Known for his frustrated delivery, his intelligence, and his dark point-of-view, Paul Blomeyer has delighted audiences all over Southern California, the Middle East and Southeast Asia.
Younger audiences appreciate his anti-professor persona while older audiences like him because he’s old and, like them, he’s irritated by the optimism and energy of the young.
He was selected to perform at the World Series of Comedy in the United States and the Magner’s International Comedy Festival in Bangkok, Thailand. He has also won Uncle Clyde’s Comedy Contest, placed second in Hollywood’s Funniest and came in third in the Los Angeles Comedy Contest.
Top
Post Reply Previous topicNext topic
1 post • Page 1 of 1