This is where our community discusses almost anything! While we're mainly a Cambodia expat discussion forum and talk about expat life here, we debate about almost everything. Even if you're a tourist passing through Southeast Asia and want to connect with expatriates living and working in Cambodia, this is the first section of our site that you should check out. Our members start their own discussions or post links to other blogs and/or news articles they find interesting and want to chat about. So join in the fun and start new topics, or feel free to comment on anything our community members have already started! We also have some Khmer members here as well, but English is the main language used on CEO. You're welcome to have a look around, and if you decide you want to participate, you can become a part our international expat community by signing up for a free account.
Post Reply Previous topicNext topic
53 posts

Swedish porn star OLINDA CASTIELLE (born Olinda Borggren) has traveled to Cambodia with her husband, where she has taken and posted a picture of herself topless at the Angkor Wat Temple complex in Siem Reap. She has posted this topless picture, along with many other pictures of her naked in Thailand with her husband, Patrick Michael Castielle, on his Instagram, where they both seem to love prancing around with little to no clothes on anywhere in public that they can get away with. Olinda Castielle can be seen standing in front of an ancient temple with a dress on and letting it fall down to reveal her breasts.

42-year-old Olinda Joy Elisabeth Castielle was a contestant on the American reality TV show, Joe Millionaire, and was later on a Swedish spinoff called Paradise Hotel, where although she was eliminated, met and fell in love with another contestant, Patrick Michael Castielle. After appearing on Paradise Hotel, they got their own shows from TV4 called The OP Tour and Little Italy, and Olinda had a 'hit song' called 'Playboy Bunny,' which she traveled around singing in Sweden back in 2005. She has also starred in an adult film called "Hard Ass Candy." 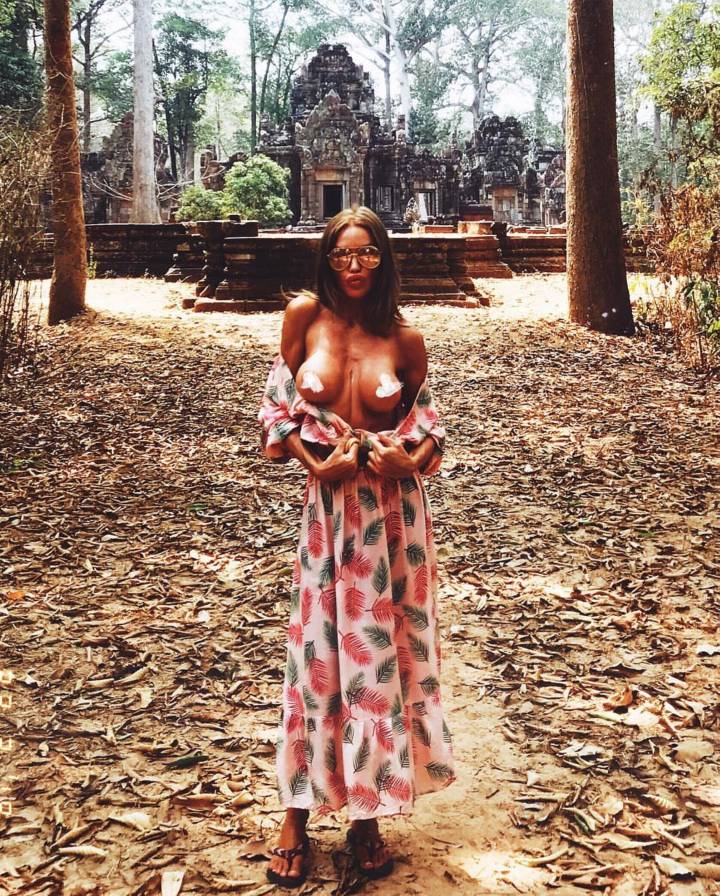 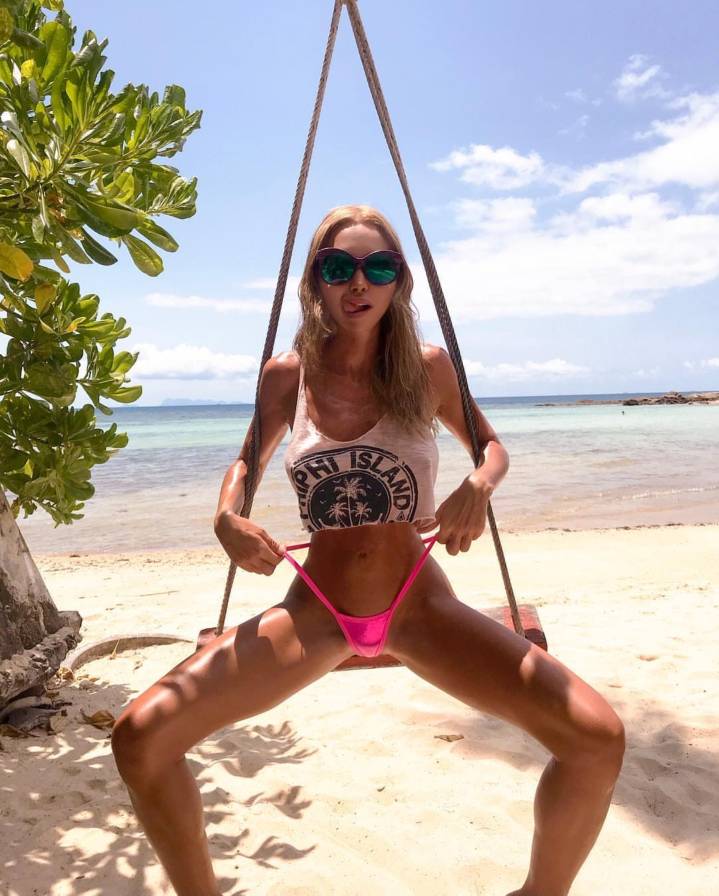 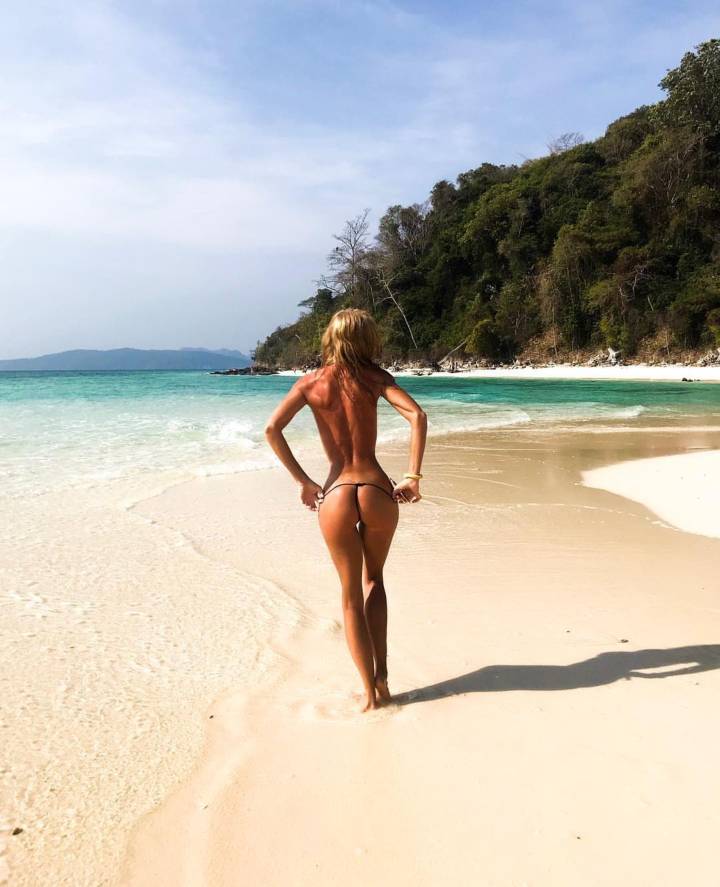 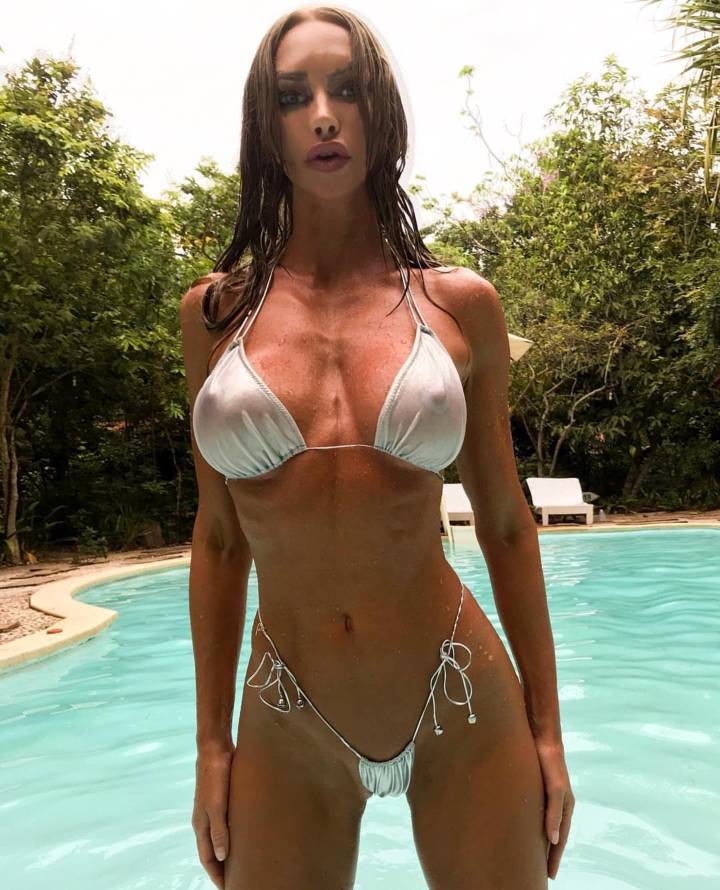 The two were lucky to get away without being arrested in Cambodia, as Cambodia has no tolerance for tourists (or anyone) getting naked in public, much less at famous religious sites such as Angkor Wat, where other foreigners in the past have been arrested for taking nude selfies. American sisters Lindsay and Leslie Adams were deported shortly after their pictures went viral. Thailand would also not appreciate this couple getting naked in public either. A naked Frenchman was also arrested last year walking around Phnom Penh naked. And in 2015, 3 Frenchmen were also arrested in Siem Reap for taking naked pictures at Angkor Wat.
Join the Cambodia Expats Online Telegram Channel: https://t.me/CambodiaExpatsOnline

but, but, but, she's butt ugly.
https://BooksAboutCambodia.com
Top

I would have said her "butt" was her best feature and she should have put a paper bag over her head.

Not only is it butt fugly, it’s questionable (at least to me) whether it started out otherwise gender aligned.
Looks to be a bit of bruiser too, so I can understand if the brave gendarmes chose not to attempt an arrest.
God save the king
Top

Why oh Why do they think having plastic bags shoved in there tits,and lips pumped full of shit will make themselves more attractive,To me it has the opposite effect.

This is especially true with boob jobs. Tattoos too. Or the botox(?) this girl "treated" herself too. Her face looks like it belongs on a inflatable doll. Also, my ladar scored a few pings.

Basically anything a girl does to herself outside of showering and wearing nice clothes ends up working in reverse. But try telling them that.
Top

Never really understood why people can be so disrespectful in cultural places... Maybe someone should crash her crib and take a crap on her floor and smear "i'm seeking attention, look at me"
Top

Those weird photos make her look like a transsexual

She's seen better days:
https://www.olindacastielle.com/
(not for the office)
.

She looks like the type of girl you can't be too close with a cigarette.
Top
Post Reply Previous topicNext topic
53 posts