This is a part of our Cambodia forums to chat about anything Cambodia-related. This discussion forum is at the top of our site because it's usually the busiest part of the expat community chatter with random topics on just about everything, including expat life, Khmer politics, Cambodian blogs we have or have come across, or whatever else our members want to discuss. Whether you're an expatriate, tourist, Cambodian or random traveler just passing through South East Asia, you are welcome to talk about anything or start new topics yourselves.
Post Reply Previous topicNext topic
28 posts

I guess the good news is that the price has gone from less than $0.20 per kilo up to about $2.50 per kilo, so logic would suggest it's less likely to be snuck into the cheap street food for free. They also don't use city rats because they often have scabies. I'm glad to see hygiene is progressing nicely. Very thoughtful. Smelling a Rat; Why Cambodia Harvests Rat Meat for Food

A unique harvest is under way in the rice fields of Cambodia where tens of thousands of wild rats are being trapped alive each day to feed a growing export market for the meat of rural rodents.

Popularly considered a disease-carrying nuisance in many societies, the rice field rats, Rattus argentiventer, of this small South-East Asian nation are considered a healthy delicacy due to their free-range lifestyle and largely organic diet.

Rat-catching season reaches its height after the rice harvest in June and July when rats have little to eat in this part of rural Kompong Cham province, some 60km from the capital Phnom Penh.

That lack of food coincides with seasonal rains that force the rodents onto higher ground, and into the 120 rat traps local farmer Chhoeun Chhim, 37, said he set each evening.

"Wild rats are very different. They eat different food," said Mr Chhim, explaining with a gourmand's intensity the difference between rice-field rats and their urban cousins, which he considers vermin unfit for the cooking pot.

Common rats "are dirty and they have a lot of scabies on their skin," Mr Chhim said. "That's why we don't catch them."

Somewhat proudly he listed off the superior eating habits of the rats he had caught the night before: rice stalks, the vegetable crops of unlucky local farmers, and the roots of wild plants.

"After the harvest season the rats don't have much food to eat, so it is a good time to catch them," he said, unloading his motorcycle of several large, steel cages filled with rats at the home of the local rat trader.

Though rat meat tastes "a bit like pork," Mr Chhim said it was not really his preferred meal.

"We sell the rats for money and buy fish instead," said Chin Chon, 36, another rat catcher as he dropped off several more packed cages to be weighed, graded and repacked for export.

All of their catch, which amounted to 200kg of noisy, squealing rats on a recent morning, is exported exclusively to Vietnam.

Rat meat can be grilled, fried, boiled in a soup or minced up in a pate, said Chheng An, 22, as he prepared his motorcycle for the four-hour journey over bumpy, dusty roads to deliver the day's batch to a rat trading post at the Vietnamese border.

"It's a good meat. It can be cooked many ways. Rats are very expensive in Vietnam and very cheap here," he said. He wobbled away on his motorcycle as it struggled under the weight of his teeming cargo.

At the height of the rat-catching season, rat trader Saing Sambou, 46, exports up to two tonnes of rats each morning to Vietnam.

In the last 15 years, her business has grown almost tenfold. Rat meat initially sold for less than 20 cents per kg, now she earns $2.50 per kg, and demand for rat meat increases each year.

Like most Cambodians, Mrs Sambou does not commonly eat rat, though she has become a great believer in the meat, which she say is 100% safe for human consumption.

Gesturing to some scrawny specimens of farmyard poultry pecking in the dirt at her feet, Mrs Sambou explained: "I think rats are cleaner than chickens or ducks.

"Rats eat only roots and rice."

Sporting a recent rat bite on his finger, her nine-year-old son, Roeun Chan Mean, likes to steal a snack from his mother's stock every once in awhile.

"Rat liver and thigh are the most delicious," Chan Mean said, while his two pet dogs made their own quick breakfast of a pair of rats who had attempted to escape during the morning export packing process.

Hean Vanhorn, a department chief at the Ministry of Agriculture in Phnom Penh, said the rat meat trade was also helping to protect the country's rice crop.

"Hunting rats for food and sale contributes to preventing damage to rice," he said.

At the Cambodia-Vietnam border crossing in Koh Thom district, Thuong Tuan, 30, sat beneath a tin roof in the morning heat and overpowering stench of rodent odour, efficiently chopping and skinning a batch of large, dark-grey rats.

Reaching into a deep cage, her young helper, Minh, 13, grabbed rat after rat by fleshy tails and, in a fast, swirling wrist-action, dispatched each one against a large rock.

Customers in the nearby Vietnamese town like to buy her biggest rats fresh and ready-to-eat, said Ms Tuan, who is Vietnamese and runs the largest rat-trading operation at this border gate.

"People come from far and wide to buy. They like the big fat.....

...click link to continue reading and for more pictures...

By Kevin Doyle
"Life is too important to take seriously."

Rats are just rats, no matter where they are.

Back home in Oz suburban people called their rats 'fruit rats', some would argue that they only ate fruit and thus were not as bad as regular rats. FFS - they were the same bloody rats as anywhere else. They just eat what is available to them.
Top

they look awfully like Pedigree Siberian hamsters to me
Top

We kept a large domestic rat as a pet, turned out to be one of the best, most engaging pets we ever had. Recommend it for anyone needing a small pet, although be careful to choose one that doesn't bite (too much) and note they're not suitable for small children.
Bodge: This ain't Kansas, and the neighbours ate Toto!
Top

Tried rat for the first time last month in Prey Veng, near the Vietnamese border. Grilled over hot coals, with a pepper, lime and chilli dipping sauce...very tasty, taste some somewhere between chicken and pork.
Top 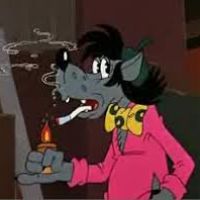 I've had (paddy) field rat here in Cambodia, near PP. It was delicious, and I am a fussy eater. I concur with PSD-Kiwi: it tastes like chicken but better....
Top

Friend in Selous Scouts loved them.

My mama was not amused when he brought 2 cane rats to our Christmas party, but she let him braai them on a separate grill.

That "Booming Market" is just ridiculous to think about. I doubt they had any idea what they are talking about.

IFLstudent wrote: ↑Sat Mar 03, 2018 12:22 am That "Booming Market" is just ridiculous to think about. I doubt they had any idea what they are talking about.

The article is 4 years old, there have been trucks loaded with caged rats heading down Sisowath and then National Route 1 to Vietnam since for ever.

Ha! That's what you'd like to believe. I was staying near Boeung Trabek a few years ago and there were loads of plants in the front yard, and a fence. This dude rocked up with a flashlight strapped to his head and a weird spear-gun. He shot three rats through the fence in about 2 minutes. He'd spear them, extract them and then smack their head on the road, and in one move would deposit the dead/badly-stunned rat in his backpack. He was very well dressed and stylish, I was quite surprised.The local guy I was with was disgusted because he reckoned forest rat was ok but people selling diseased city-rats wasn't kosher. Once they are skinned they all look the same.

Ha! That's what you'd like to believe. I was staying near Boeung Trabek a few years ago and there were loads of plants in the front yard, and a fence. This dude rocked up with a flashlight strapped to his head and a weird spear-gun. He shot three rats through the fence in about 2 minutes. He'd spear them, extract them and then smack their head on the road, and in one move would deposit the dead/badly-stunned rat in his backpack. He was very well dressed and stylish, I was quite surprised.The local guy I was with was disgusted because he reckoned forest rat was ok but people selling diseased city-rats wasn't kosher. Once they are skinned they all look the same.

A few years ago I lived in a small flat just above Phsar Chas. One night, maybe around 2-3am I went outside on the balcony to smoke a cigarette. I looked down at the empty market, just to see four guys sneaking quietly around with flashlights and spears. I was standing there quite speechless and wasn't sure what to think of it. I guess my first thoughts were that they were out to get someone, as it wouldn't have been the first act of violence I'd seen from that balcony, although never before with spears! Then one of the guys killed a rat, put it in a bag, and it all made sense. After berating myself for being so dramatic, I was smoking the rest of my cigarette with a big grin on my face, enjoying the show.
Top
Post Reply Previous topicNext topic
28 posts