Don't know what to do this weekend ? Why not head up to Kratie and see the endangered dolphins in the Mekong before they build the hydro-electric dam at Sambor, just upstream from the main dolphin feeding grounds.
For the moment the dolphins are there and the Mekong is beautiful and unspoilt so go and see for yourselves. Tomorrow may be too late. 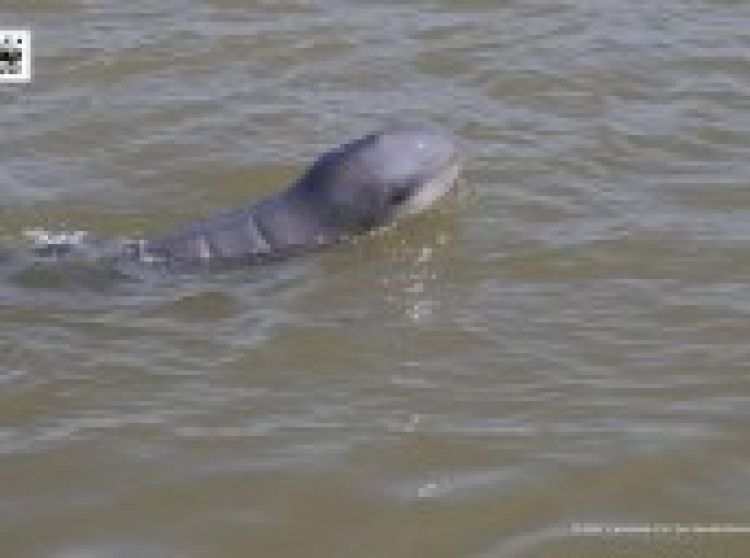 The Cambodian Fisheries Administration, Kratie Provincial Department of Tourism and WWF-Cambodia will organise an event to urge continued vigilance against threats to river dolphins in Kratie province, from tomorrow until Oct. 27, 2019.

This year’s Freshwater Dolphin Day will be the largest in history, with over 1,000 participants, a first ever involvement of major private sector companies and a renewed sense of hope that the Irrawaddy dolphins are finally recovering in the Mekong Flooded Forest Landscape.

This Freshwater Dolphin Day will bring together more than 1,000 participants from governmental institutions, private sector companies, partner NGOs, students, youth, communities, tourists and Kratie town residents. The event includes activities to raise awareness about the link of dolphin conservation to ecotourism and the livelihoods of the local people. Participants can join in tree planting, a walking parade, running race, bike riding, competition, exhibition and evening concert.

In 2018, WWF-Cambodia, the Fisheries Administration and conservation partners celebrated the first-time increase of the Mekong River’s Irrawaddy dolphin population in 20 years. That was a 15 percent increase of the Mekong dolphins from 80 in 2015 to 92 individuals in 2017. The current population survey is underway, but conservationists are hopeful to see another upturn in numbers. That optimism is fed by the news that since the last survey, we have recorded 20 new-born calves while only nine deaths were recorded.

“Last year’s dolphin survey results saw us ‘bend the curve’ for the Mekong’s Irrawaddy dolphins – the 20-year decline finally swung upwards with a first ever increase,” said Mr. Seng Teak, Country Director of WWF-Cambodia. “Freshwater Dolphin Day represents an opportunity to celebrate this success and re-commit ourselves to ensuring the survival of Cambodia’s Mekong River Dolphins by working together with government, partners, local communities and the private sector.”

The major threat to Mekong dolphins is illegal fishing practices, particularly the use of gillnets in dolphin conservation areas. The current under construction and the new proposed hydropower dams on the Mekong mainstream are also of significant concern to the future survival of the species and livelihoods of local communities.

With only 92 critically endangered Mekong dolphins in the Mekong River, the number is very low compared to the last century in which the population was estimated to be around 3,000 individuals living in Mekong and Tonle Sap Rivers. WWF, the Cambodian Government and partners have been working very hard to conserve the species through strict law enforcement; reducing and eliminating illegal fishing activities in the protected zones; awareness raising; research and monitoring and providing alternative livelihoods to local communities. A major new area of work involved encouraging the use of renewable green energy such as solar and wind power as alternatives to large hydropower dams, which pose a major threat to dolphin survival.

“We have seen a historical result in the conservation of the Mekong dolphins in Cambodia, based on our joint efforts and commitment. We will continue our hard work to address the challenges and hope to celebrate another milestone,” said H.E. Eng Cheasan, Delegate of the Royal Government of Cambodia in charge of Director General of the Fisheries Administration of the Ministry of Agriculture, Forestry and Fisheries.

By Khan Sophirom
https://www.akp.gov.kh/post/detail/19343
Cambodia Expats Online: Bringing you breaking news from Cambodia before you read it anywhere else!

Re: Party in Kratie for River Dolphins, Celebrations 25-27 Oct 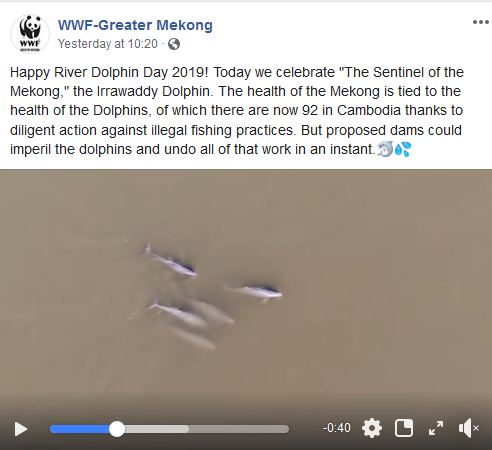