This is a part of our Cambodia forums to chat about anything Cambodia-related. This discussion forum is at the top of our site because it's usually the busiest part of the expat community chatter with random topics on just about everything, including expat life, Khmer politics, Cambodian blogs we have or have come across, or whatever else our members want to discuss. Whether you're an expatriate, tourist, Cambodian or random traveler just passing through South East Asia, you are welcome to talk about anything or start new topics yourselves.
Post Reply Previous topicNext topic
23 posts

Bangkok Airways is accused of racial profiling a Kenyan tour operator, by asking to see US$2000 cash to let her board an onward flight from Bangkok to Phnom Penh. She ONLY had about $1,270 in Kenyan currency in her purse, but that was not enough. 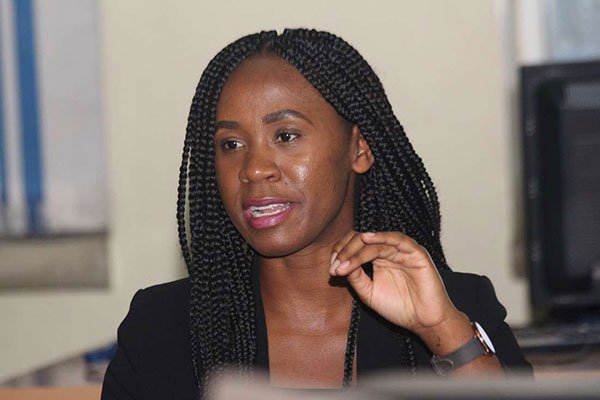 Tour firm operator Renee Ezra, at Nation Center on October 11, 2019, opens up about the inhumane treatment she was subjected to in Thailand. PHOTO | KANYIRI WAHITO | NATION MEDIA GROUP

In Summary
Upon landing back at JKIA Friday morning, she was handed back her passport and an envelope with a note stating that she had been denied entry into Bangkok by the immigration.
She has filed a case with the DCI, recorded statements with the Immigration Department, and will be visiting the Foreign Affairs ministry on Monday.
By PAULINE KAIRU

When Renee Ezra woke up on the morning of October 7 to the nudging impulse to travel, she easily chose Cambodia as her destination, due to its renowned low-budget tourism destinations, history and pristine coral beaches.

She therefore bought a return air ticket to Phnom Penh via Istanbul and Bangkok on TurkishAirlines.com.

She had her one-week itinerary all figured out: in the first two days, she would visit the Choeung Ek site of a former orchard, the mass graves of the victims of the Cambodian genocide and the night markets, then move on to Sihanoukville, another city, for some sun and sand, then finally to Siem Reap, a resort town and the UNESCO World Heritage Site of Angkor Wat, the “City of Temples”.

On Tuesday morning, she left the Jomo Kenyatta International Airport at 4.20am aboard a Turkish Airlines flight and settled into her seat for the roughly seven-hour flight to Istanbul, where she would connect to Bangkok.

The first two legs of her journey were uneventful. But as she checked in for the final leg, the 75-minute flight to the Phnom Penh International Airport, trouble struck. It was early Wednesday morning in Thailand.

She says it started as a normal enquiry — one that any traveller would expect at any check-in counter at the airport. “Passport please?” an agent for Bangkok Airways called out.

A scan of her passport, itinerary and other documents, and a few keys pressed on a keyboard, behind the computer as the questions streamed in, and then the agent looked up, indecision plastered all over her face.

“At first she said they couldn’t find the flight that I was booked,” Ms Ezra, owner of tour firm The African Wanderlusts, told the Sunday Nation.

“She asked for the visa to Cambodia, and I told her it was to be issued on arrival. She checked and confirmed that bit.

A minute passed and she called her supervisor from the back office. They spoke in their language and then asked me to show $2,000 (Ksh207, 480) for them to allow me to board the flight.

“I did not know that to be a requirement for entry into Cambodia and so I did not have the money in cash. When I told them as much they said they wouldn’t let me on to the onward flight unless I showed them my $2,000 or at least $1,700.”

“But they said they wanted to see US dollars. I logged on to my online banking apps and showed them to prove that I had enough money to be a tourist. They would have none of it. So I was forced to go to an ATM, where I could only withdraw $500 (about Sh50,000) due to transaction limits.

With that I asked one of the stewardesses to accompany me to the closest forex bureau to change the Kenyan money. But the bureau said they did not accept Kenyan currency.”

Now minutes had turned into hours. She had a three-hour layover to board the next fight so she used this to seek help from the Kenyan Embassy in Thailand.

“The lady at the Embassy who answered my distress call said, ‘It’s not in our place to assist in such matters,’ but I didn’t give up. I called the Cambodian immigration, who confirmed that there was no requirement for Kenyans to show $2,000.

The official on the phone said they didn’t need cash — the bank statements would do. Furthermore, I had all return tickets and a full itinerary showing it was just a week of holiday.”

That, however, did not solve the problem. “Moments later, the Turkish Airlines counters opened and a discussion started between the two airlines,” she recalled.

“What hurt most was the fact that there were so many people being checked in without having to show cash,” she claimed. “A black man was also facing the same predicament. We were being profiled!”

On Thursday, she was put on a flight back home. “I was escorted by their staff at the airports like I was a criminal. I was traumatised,” she said. On the plane, she said the hostesses did not serve her.

Upon landing back at JKIA Friday morning, she was handed back her passport and an envelope with a note stating that she had been denied entry into Bangkok by the immigration.

“It is ridiculous because I was in transit. I never passed through immigration, nor did I meet anyone from immigration."
https://www.nation.co.ke/news/Kenyan-to ... index.html
Cambodia Expats Online: Bringing you breaking news from Cambodia before you read it anywhere else!

They should start asking to see cash from everyone.
Top

The girlie bars would be even more dead than they are already.
Top

That's sucky.... Best to record these episodes and let the peeps know... when it gets to that point, the only thing that help mitigate the situation is to have something on the company.

U're at the mercy of the airline so i always defer to knodding my head and agreeing with them where possible. I'm pretty sure the dude that had the same problem was bc of the collateral damage between the lady n the company.. if i was him, id be like doh

Interesting...... at one end we have people being refused permission to board a flight due to not having a couple of grand in cash on them. And at the other Chinese are binging in millions in old suitcases and getting into the news.
Top

Who carries $2000 in cash? That's a ridiculous requirement.

However, it does beg the question as to why you would travel with Kenyan shillings because I would be amazed if you could get anyone to exchange them here.

Can you imagine the organised robberies from PP airport if they knew everyone foreigner had to have $2000 cash on them.
Top

For a researched traveler that she claims to be, surely she should have known that it would be virtually impossible to change Kenyan Shillings anywhere.

I have some Myanmar Kyats at home, crisp.. Can I change them? No. They are just pretty reminders of the trip

How was she going to pay for the visa on arrival?? - it is USD.

I could imagine the bemused look at the Visa Desk when she tried pawning off some obscure notes.

The computer evidently flagged something when she was trying to board - we can only speculate what that was.

Pulling the race card is poor form and unlikely to win her fans based on her own merits.

Entry is on a case by case basis with the Immigration Officer having the final decision, as entry is a privilege not a right.

Even with a valid visa you MAY be turned away by the officer, if they have suspicions about your intentions.
Top 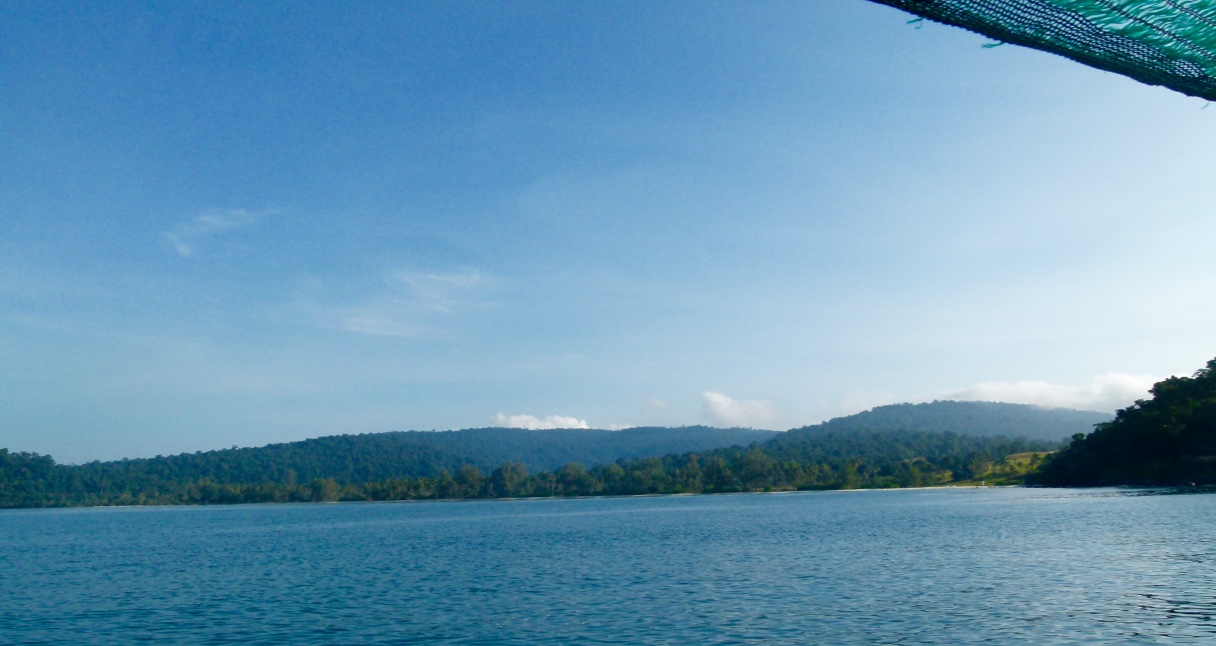 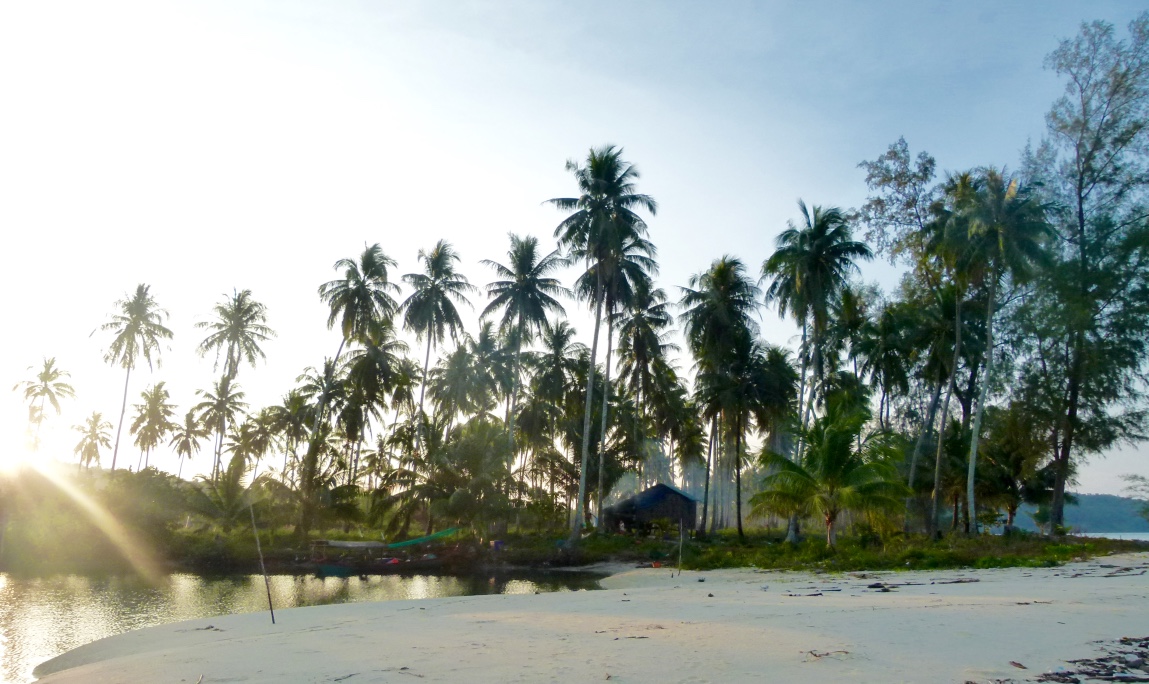 There is an English lad here at my hotel who was just turned back at Bangkok airport because he only had $20 US dollars in his wallet. He told them he could use his card and draw out an amount they nominated.

He says he was handcuffed and had to pay for a return ticket to Phnom Penh.

Could be more to the story but he was told to try again next year. Can only wonder if he was flagged for the number of times he goes in and out.

All strange. Certainly looks like people are being flagged and the authorities are just using any reason to turn them back.
Top
Post Reply Previous topicNext topic
23 posts