This is a part of our Cambodia forums to chat about anything Cambodia-related. This discussion forum is at the top of our site because it's usually the busiest part of the expat community chatter with random topics on just about everything, including expat life, Khmer politics, Cambodian blogs we have or have come across, or whatever else our members want to discuss. Whether you're an expatriate, tourist, Cambodian or random traveler just passing through South East Asia, you are welcome to talk about anything or start new topics yourselves.
Post Reply Previous topicNext topic
33 posts

Forgive my ignorance, but what do the karma numbers represent?

Forgive my ignorance, but what do the karma numbers represent?

It's a variation on the Facebook-type "like" or "dislike" feature. Nothing more than that.
Top

lets have both!!!!
In a nation run by swine, all pigs are upward-mobile and the rest of us are fucked until we can put our acts together: not necessarily to win, but mainly to keep from losing completely. HST
Top

...or maybe karma points are like bitcoins, and their value will skyrocket over time?

Especially when comprehensive articles or info are shared.

Sometimes when I LOL or spit beer.

I think it's gay, karma that.
Top

I quite like the idea and I think its a cool way to differentiate between this and other sites.

That said, I would have preferred a Rogan Josh.
Sorry it seems I cannot post without throwing a joke in.
According to the proverb: The pun is mightier than the sword
Top

I've been saved by the Lord, so don't really need karma.

That said, I'd be happy to share some karma around if I could figure out how.
There are no letters in the mailbox, there are no grapes upon the vine, there are no chocolates in the boxes anymore and there are no diamonds in the mine.
Top

MoodyMonkey wrote:I've been saved by the Lord, so don't really need karma.

That said, I'd be happy to share some karma around if I could figure out how.

Who needs karma anyway?
One needs to have a certain amount of posts before one can see the + and - buttons near the user's name, they are used to hand out karma... I'm not sure how many posts, though. 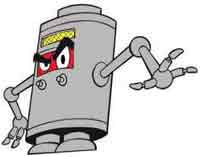 i got me some Karma bitches!!!!!
seems you can pick your friends noses.... it's just gross.
Top
Post Reply Previous topicNext topic
33 posts