A History of Christian Missions in Cambodia

A History of Christian Missions in Cambodia 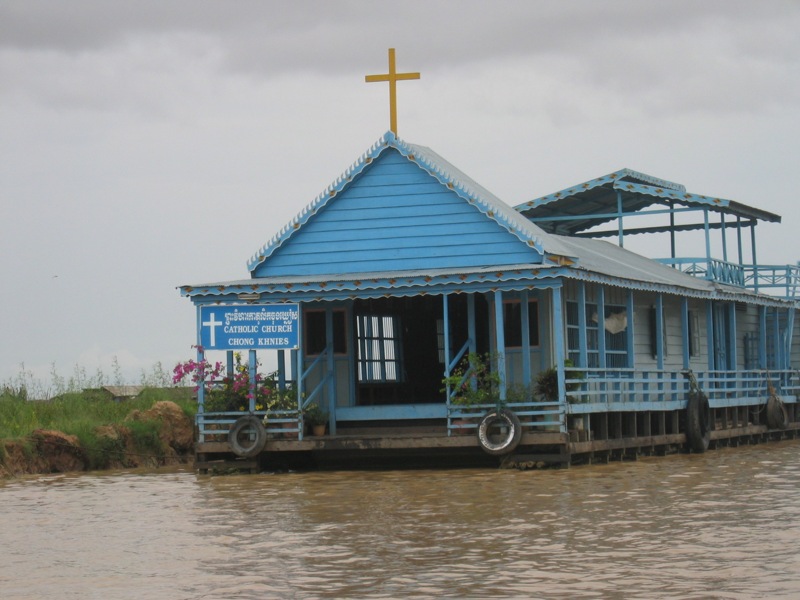 The Catholic church in Chong KniesJSolomon -

The king was to his kingdom as God is to the cosmos. Great monuments were built to the glory of rulers, an attitude that culminated in the great Khmer kingdoms.

But the Church has disappeared in Asia since the 13th century.....The Cambodian use of the cross (Kakobat) to ward off evil and evil spirits undoubtedly comes from this time, as do some of the Creation, Fall and Noahic stories common among Mon-Khmer tribal groups.

In the mid-sixteenth century, Spanish and Portuguese missionaries came to Cambodia, hoping to convert local people to Christianity and even to join Cambodia to the Spanish Empire. They had some success with minority populations, but little among 5 the Buddhist Khmer. As one missionary commented, ‘Christians cannot be made without the king’s approval.” He went on to say that the common people’ worshipped the Buddhist monk.9

The first European to mention Cambodia was Tome Pires, whose Summa Oriental was written between 1512 and 1515. The kingdom he described was a warlike situation and he hinted at the richness of the products that could be obtained from it.10

The Dominican missionary Sylvestro de Azevedo arrived in Cambodia in 1574, stayed some 20, and laid the foundation for the Catholic Church in the country. In fact, he became the first missionary among the Khmer. In the beginning he was once put into jail, but his mission work advanced as he converted 500 Japanese, Javanese, and Chinese prisoners while he was in prison.

Diego Belloso and the Spaninard Blas Ruiz de Herman Gonzalez –who were not aware of their protégé’s defeat –were taken prisoner along with their men as soon as they landed in Cambodia, some on shore, the others in a naval battle. The King of Siam found himself embarrassed with such prisoners: to put them to death was to expose himself embarrassed to reprisals from Spain. He found it more expedient to well-treat Diego Belloso, whose worth everybody knew, and to send him to Manila to appeal for the Philippines’s benevolent neutrality during all his squabbles with Cambodia.15

Also present was a substantial contingent of Japanese, mainly exiled Christians, who played a pivotal role in Cambodian commerce, not only with Japan but also as intermediaries for Western traders. Some tension developed around 1605, when increasing numbers of Japanese junks became involved in piracy off the coasts of Cambodia, Cochinchina, and Champa, forcing the Cambodian king to lodge complaints with Shogun in Edo.

full.https://www.academia.edu/35897672/A_His ... n_Cambodia
The idea that seeing the world is going from place to place to look at obvious things is an illusion natural to dull minds.
Top
Post Reply Previous topicNext topic
1 post • Page 1 of 1