Five most haunted places in Cambodia

This is a part of our Cambodia forums to chat about anything Cambodia-related. This discussion forum is at the top of our site because it's usually the busiest part of the expat community chatter with random topics on just about everything, including expat life, Khmer politics, Cambodian blogs we have or have come across, or whatever else our members want to discuss. Whether you're an expatriate, tourist, Cambodian or random traveler just passing through South East Asia, you are welcome to talk about anything or start new topics yourselves.
Post Reply Previous topicNext topic
16 posts

Sorry Mish, you can't escape step #101
Start by reading up some of the Gatiloke
Khmer.

Awww - you're like those 10000 Riel clip joints bro.
All tease and no please.

Sorry Mish, you can't escape step #101
Start by reading up some of the Gatiloke
Khmer.

Awww - you're like those 10000 Riel clip joints bro.
All tease and no please.

I see they are copies of the Ramayana Indian Classics bro - but thanks anyway, much appreciated

I recommend Frazer's "The Golden Bough" abridged version as the whole set is 12 volumes.

Documents and traces most of the world's legends and superstitions.

Fascinating stuff, including the "King for a Day" Human Sacrifice practiced in SE Asia.

A POINT to notice about the temporary kings described in the foregoing chapter is that in two places (Cambodia and Jambi) they come of a stock which is believed to be akin to the royal family. If the view here taken of the origin of these temporary kingships is correct, we can easily understand why the king's substitute should sometimes be of the same race as the king. When the king first succeeded in getting the life of another accepted as a sacrifice instead of his own, he would have to show that the death of that other would serve the purpose quite as well as his own would have done. Now it was as a god or demigod that the king had to die; therefore the substitute who died for him had to be invested, at least for the occasion, with the divine attributes of the king. This, as we have just seen, was certainly the case with the temporary kings of Siam and Cambodia; they were invested with the supernatural functions, which in an earlier stage of society were the special attributes of the king. But no one could so well represent the king in his divine character as his son, who might be supposed to share the divine afflatus of his father. No one, therefore, could so appropriately die for the king and, through him, for the whole people, as the king's son.

And the Red Indian Pawnee sacrifice of enemy tribe girls to water the crops with blood.

A particular account has been preserved of the sacrifice of a Sioux girl by the Pawnees in April 1837 or 1838. The girl was fourteen or fifteen years old and had been kept for six months and well treated. Two days before the sacrifice she was led from wigwam to wigwam, accompanied by the whole council of chiefs and warriors. At each lodge she received a small billet of wood and a little paint, which she handed to the warrior next to her. In this way she called at every wigwam, receiving at each the same present of wood and paint. On the twenty-second of April she was taken out to be sacrificed, attended by the warriors, each of whom carried two pieces of wood which he had received from her hands. Her body having been painted half red and half black, she was attached to a sort of gibbet and roasted for some time over a slow fire, then shot to death with arrows. The chief sacrificer next tore out her heart and devoured it. While her flesh was still warm it was cut in small pieces from the bones, put in little baskets, and taken to a neighbouring corn-field. There the head chief took a piece of the flesh from a basket and squeezed a drop of blood upon the newly-deposited grains of corn. His example was followed by the rest, till all the seed had been sprinkled with the blood; it was then covered up with earth. According to one account the body of the victim was reduced to a kind of paste, which was rubbed or sprinkled not only on the maize but also on the potatoes, the beans, and other seeds to fertilise them. By this sacrifice they hoped to obtain plentiful crops.
Last edited by Mishmash on Tue Oct 29, 2019 12:07 am, edited 1 time in total.
Top 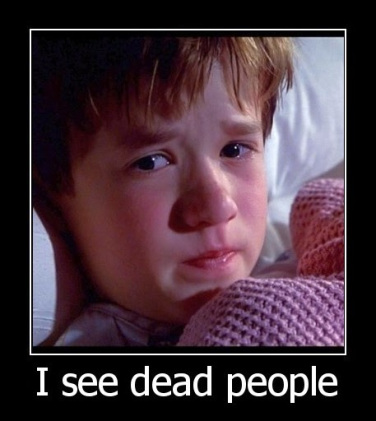 Everywhere you go is littered with dead bodies, it's no big deal, just avoid having issues with ghosts.
Silence, exile, and cunning.
Top

...back to the hardcore-reality topic of understanding how Khmers think, Mish.
- you gotta know a bit about the ghosts and spirits.
Only the truly deluded would believe otherwise.

SternAAlbifrons wrote: ↑Mon Oct 28, 2019 11:59 pm ...back to the hardcore-reality topic of understanding how Khmers think, Mish.
- you gotta know a bit about the ghosts and spirits.
Only the truly deluded would believe otherwise.

See above post for the real stuff... Frazer's Golden Bough.

'Night everybody, and strange sweet dreams...