This is a part of our Cambodia forums to chat about anything Cambodia-related. This discussion forum is at the top of our site because it's usually the busiest part of the expat community chatter with random topics on just about everything, including expat life, Khmer politics, Cambodian blogs we have or have come across, or whatever else our members want to discuss. Whether you're an expatriate, tourist, Cambodian or random traveler just passing through South East Asia, you are welcome to talk about anything or start new topics yourselves.
Post Reply Previous topicNext topic
69 posts 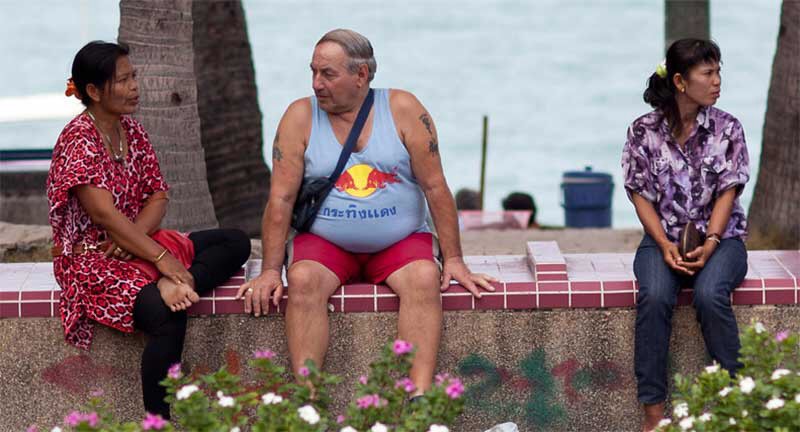 Do all foreign men that date local women deserve to be branded with such a label? Not at all.

Enough confusion already arises when discussing the word ‘expat.’ But there is a portmanteau based term out there that is yet even more controversial, the ‘sexpat.’ But what is it really?

When a term is so vaguely defined, it is not wonder that is randomly thrown in a such a way that it could even be used to describe most of China’s male expat population. Do sexpats exist? Maybe. Do all foreign men that date local women deserve to be branded with such a label? Not at all.

Who it is that can be labelled a sexpat is also up for debate. Sexpats may indeed be perverted monsters preying upon vulnerable people in the third world; yet these probably only represent a small majority of those labelled as sexpats. Most are probably not so aesthetically beautiful, socially awkward, not so financially successful but otherwise good and decent people that are in effect, sexual refugees that may not so much be seeking the short-term thrills of easy sex, but also marriage to a nice lady that would be considered totally out of the league in their home country.

It must also be noted that some of the most prolific users of the term of expats of the opposite gender who take out their frustration faced when dealing with the intricacies of entering an unfamiliar foreign dating scene, by applying such labels to those men that have dared to venture away from their own race when it comes to dating.

full.
The idea that seeing the world is going from place to place to look at obvious things is an illusion natural to dull minds.
Top

So long as we're talking about fully grown adults who aren't being forced to do anything against their will, I wouldn't dare to criticise or pass comment on someone else's relationship. Regardless of whether they're both Western, both Asian or a mixture of the two.

It's easy to look at a white, overweight, ageing male with a younger, slim, attractive Asian woman and pass judgement, but remember that for many (perhaps most) cultures around the world, marriage isn't just about marrying the person you happen to fall in love with. It's about security, social status and giving yourself a better life than you (or your parents) might be able to provide. That's not to say that people only marry for those reasons, I'm just saying that they find it just as odd that we marry simply out of love, as we find it odd that they marry for other reasons.

Who's idea of marriage is correct? Depends who you ask and which culture they're used to.

So long as everyone's happy and as I said, nobody is being forced or coerced into anything they're not happy about, who is anyone else to judge?
Top

who gave you permission to use my photo?
Meat pie Sausage Roll come on Rovers score a goal.
https://www.facebook.com/Pieman-Phnom-P ... 711967235/
Top

Is that an oxymoron?
Top

That picture in the article when author calls the man desperate and others like to use that adjective to describe western men in nightlife areas.
Men in western countries are desperate, overworked, overhassled by obese feminists. Men when they have come to Asia are anything but desperate. They now live in the paradise, provided they can afford to pay bills of course. They don’t look anything like desperate, they look content and satisfied.

Compared to desperate men who stay in the west with no hope.
Top

If you're a barang who lives in PP (or any city in Asia) who spends a lot of time at girly bars and taking women home from them, then, yes, you're a sexpat. The people who meet this criteria will probably get upset at me for saying it though.
No matter how much it rains, the dirt never washes away.
Top

Other men are simply envious because their libido is low, because they can’t afford a lot of sex, because they don’t have guts to break from the society pressure to do what they really want and must conform to expectations of others or combination of all the above.
Top

timmydownawell wrote: ↑Tue Jan 21, 2020 3:43 pm If you're a barang who lives in PP (or any city in Asia) who spends a lot of time at girly bars and taking women home from them, then, yes, you're a sexpat. The people who meet this criteria will probably get upset at me for saying it though.

I dont necessarily agree, Just cause you prefer to pay when you feel the need for sex vs marrying and paying all the time, does not make you a sex pat.

I always considered a sexpat as someone that traveled to another country for the sex alone. Not a tourist that might take a girl home occasionally.

Urban dictionary defines them as


Sexpats originate from all major Western countries, yet it has been noted that the English, Germans and Americans make up the vast majority of the vile men that are on the prowl for sex in Southeast Asia. Sexpats have only 3 main motivations: to get drunk, sleep with hookers and to survive in Asia as long as possible.

They support themselves in a number of ways. The lucky ones have taken early retirement and spend the days sleeping off hangovers or going to the clinic to get another HIV test, some have set up businesses and have opened a bar or a restaurant selling their native cuisine, with the unlucky ones having to make do with being a TEFL teacher or scraping a living as a “digital nomad”, while gloating about the greatness of their “lifestyle”.

Once a Sexpat has fully ingratiated himself within the Sexpat community, there is absolutely no chance for his re-assimilation back into normal society.

Now how many of you all fit, ....to get drunk, sleep with hookers and to survive in Asia as long as possible.
Last edited by phuketrichard on Tue Jan 21, 2020 5:49 pm, edited 1 time in total.
In a nation run by swine, all pigs are upward-mobile and the rest of us are fucked until we can put our acts together: not necessarily to win, but mainly to keep from losing completely. HST
Top

Fake News - not a fucking pie in sight..