This is a part of our Cambodia forums to chat about anything Cambodia-related. This discussion forum is at the top of our site because it's usually the busiest part of the expat community chatter with random topics on just about everything, including expat life, Khmer politics, Cambodian blogs we have or have come across, or whatever else our members want to discuss. Whether you're an expatriate, tourist, Cambodian or random traveler just passing through South East Asia, you are welcome to talk about anything or start new topics yourselves.
Post Reply Previous topicNext topic
17 posts

CaptainNemo wrote: ↑Sun Oct 13, 2019 1:06 am Basically, the education system is designed for the 20th century, not the 21st. The curriculums are not relevant enough, and the modes of teaching are outdated; they CAN'T recruit and retain teachers, not because the pay isn't enough but the pressure and bureacracy is excessive. The system, at least in the UK, and probably in many other places, is totally broken. I took my kids out of it, to train them myself, but then, I have that privilege of having taught myself years ago whilst playing truant from school.

Automation is going to kill a lot of jobs, not just factory workers.
Top 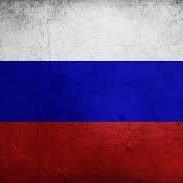 Advances in automation are fuelling fears that the rise of robots could drive millions of Asian factory jobs back to the West
WHY WE WROTE THIS: Because technological progress can change the shape of whole economies.
Andrew Haffner
October 9, 2019
Manufacturing change
Fully automated production lines could fundamentally change the face of Asia's manufacturing industry

Even on a warm Friday afternoon, the floor stammers with activity at Raytec’s garment factory in the west of the Cambodian capital of Phnom Penh.

Some of the final products made here are stamped with logos for small-town organisations in the US heartland; others are limited-edition items for household name brands such as eyewear designer Oakley.

But not everything needs a human eye or hand, factory manager Kim van der Weerd said, nodding at a nearby computer screen.
“This used to be somebody’s job,” she said.

As she spoke, a graphic designer double-checked a virtual layout of garment panels arranged like puzzle pieces on what would eventually be a real-life scroll of paper.

While it gets approved by human staff before going to print, the arrangement was made entirely by a computer programme tasked with laying out as many panels as possible on a piece of material, maximising the number of eventual cut-outs while reducing waste.

Now, thanks to the help of programmes like this one used widely in the industry, the work of the arranger has been completely automated – though things still look a little more traditional in other rooms of the factory.

Sewers perch before their machines as fabric blurs between hand and needle while another group of workers sorts items by hand into individual orders, counting out whimsically patterned covers for high-end ski goggles and setting them aside for shipping. Elsewhere, staff stitch together apparel for Cambodia-based garment manufacturer Pactics – custom-printed goods for clients ranging from local sports teams to international brands selling athleisure goods such as leggings and lightweight tops.
Raytec staff put the final stitch to a work week at their factory near the Phnom Penh International Airport. Photo: Andrew Haffner

This kind of scene could be the future for the apparel sector, which in recent decades has forged a long supply chain linking low-wage producers, mostly in Asia, with higher-income consumers in Europe, Japan and North America.

But major apparel companies could soon have another option coming online. That potential difference-maker revolves entirely around automation, a process that replaces human labour with that of a machine. For the garment industry, a fully robotic manufacturing line could in theory work relentlessly spinning out clothing for as long as the power stays on.

They’re not much for personality, but robots never go on strike. Nor do they protest wages or working conditions or demand workers’ rights – the type of street action that has helped push Cambodia’s government into repeated local minimum wage hikes in recent years.

There are about 100 workers total at the Raytec factory doing everything from sewing to security. Busy as they are, they’re but a fragment of the workforce of approximately 800,000 people stitching up the Kingdom’s growing apparel sector. An International Labour Organization (ILO) report published in August stated the textiles, clothing and footwear (TCF) sector exports marked $6.3 billion and accounted for 78 percent of Cambodia’s total merchandise exports in 2015.

Across Asia, the ILO wrote, the TCF sector employs upwards of 40 million people making about $601 billion in exported goods.

But the rise of automation is leading many to question whether most of these jobs will even exist in a few years. And while automation is touted as bringing about an imminent revolution in manufacturing, it isn’t a new concept, with the earliest forays into machine production in the textile manufacturing that marked the early days of the Industrial Revolution in the United Kingdom. Robot-assisted manufacturing has only grown since then and has come to form a pillar of modern productivity, perhaps most visibly in the automotive industry.
Full article: https://southeastasiaglobe.com/what-aut ... facturers/

If i have the choice between workers who are going to do what i tell them when i tell them without demanding benefits and union representation the robots are a deal. Personally, it is one reason I love China. I like going to the Mcdonalds and simply pointing to what I want on a screen and being able to run my card and afterward sit down until the pretty Chinese waitress brings my food to me. I love self checkouts at walmart because I can check and bag my purchases within one minute. The only annoyance is when you have people that do not know how to use one slow me down. I prefer to deal with a computer than a human being. I like things to be logical and efficient.
Top

^michael.stewart1 quote - If I have the choice between workers who are going to do what I tell them when I tell them without demanding benefits and union representation.
I think you have a good point about the situation of "we could say about" a owner of a factory who in effect is using his/her money to make monies. They in effect have production of the product and to meet their deadlines too customers, lets take the subject of the textile production and workers of Cambodia. It has its problems, firstly the factory owners are of Khmer and of foreigners, using their investments to produce using low paid labour, obviously the latter saves overall costs. But, it does not come without complications, union representation of workers, sickness (mass fainting) holidays, hours and overtime, pay. In a way the government and works and labour departments have laid down pay structures and guidelines, lets face it, its overall in the countries interest. But it still posses its problems, cheap labour is probably not so anymore in this country, now with other countries in competition, and also eligible for the Europe's "Anything but Arms", a tax free incentive, we see this has its problems now with the premier, a complicated affair, of human rights violations, overall a political infringement of trying to impose on the sovereignty of the country, what will be the outcome, possible that the country being taxed will put up the price of the product to gain back their loss, this will reflect on the whole industry and too the end, the customer of buying the product from the retailer.
All this type of coincidental will lead toward advances in automation, for it is only cost that holds it back.
Always "hope" but never "expect".
Top

Duncan wrote: ↑Thu Oct 10, 2019 11:15 am I'm surprised it has not already happened. As an example take the ion-ore and the coal that Australia exports to China, where it is made into steel in a process that is or can be fully automated. Then much of it is imported back to Australia.

Am I the only idiot that thinks this whole process can be done in Australia and savings can be made on shipping, insurance and labour and done in a fully automated factory.

yeah, I've been questioning this for years, for us to reach the next level as an economy we need to start export stuff with a complex value instead of a base value
Top

If you ever been inside a big garnment factory anywhere in Asia you will see that 90% of staff are sitting in front of sewing machines that are set up in neat rows. Bras, underwear and many other pieces of clothes are just too complex to be produced by robots. For as long as there will be cheap labour those robots wont be developped due to lack of demand. If Cambodia will become too expensive, the production is just outsourced to the next country that has the cheapest labour. Thanks to chinese development with rising labour costs, Cambodia has been the country of choice for the moment. But those jobs will disappear once /if Cambodia will develop to much.

Not too long ago Italy had a HUGE garnment industry offering hundreds of thousands of jobs. From design, thread, dying, production of fabrics to the finished piece of cloth..all was done here and shipped worldwide. Now only design and the unaffordable top brands still produce here.
Top

Robots working in factories will ultimately transform jobs. But as long as it’s cheaper to hire workers than to run robots, people will still be forced to do repetitive, monotonous jobs. But is Cambodia prepared for the next step when that happens? Is the Khmer workforce ready to create, program, and maintain the robots?
Top
Post Reply Previous topicNext topic
17 posts